German Federal Constitutional Court judge Udo Di Fabio only has a few weeks to go before he retires on Dec. 19. The former governor of the western state of Saarland, Peter Müller, was elected as his successor by the Bundesrat, Germany's upper legislative chamber representing the interest of states, last Friday.

But before he leaves, di Fabio, responsible for European issues at Germany's highest court, will have to finalize two sensitive rulings. His panel of judges will deliberate on Tuesday and Wednesday this week on two complaints submitted by the Bundestag, the federal parliament, affecting the relationship between the parliament and the government.

The judges must decide how heavily members of parliament are to be involved when the government once again tries to rescue Europe.

But behind the scenes, much more is at stake: the loss of power of the Constitutional Court in itself. The government and the court are locked in one of their biggest power struggles to date. One judge at the court described it as a "latent constitutional crisis." The government, he said, was trying to free itself of the restraints imposed on it by the constitution, and by the court.

The president of the court, Andreas Vosskühle expressed it a little more cautiously. The perception of his court was at present, he said "ambivalent in parts."

On the one hand, the court had been credited for ensuring that European unity remained on a secure legal and democratic footing, he said. But on the other hand, it "is seen by some as an obstacle in overcoming the current crisis."

Court May Lose Power to Rule on EU Matters

As a result, efforts underway in Berlin to change the constitution are being viewed with mixed feelings in Karlsruhe, where the court is located -- because they are aimed at opening up greater room for maneuver in future dealings with the court.

If the constitution were to be replaced with another version through a popular referendum, this would be radical, but couldn't be criticized. But it appears that some among Chancellor Angela Merkel conservatives are considering removing the court's control over the political process through a normal amendment of the constitution. The legislature could simply deprive the judges of their jurisdiction in questions of European integration.

Most recently, in its rulings on the Lisbon Treaty and the aid to Greece, both under di Fabio's tutelage, the court expanded its jurisdiction. Under the present system, any citizen can appeal to the court if he or she sees the parliament's powers under threat -- when, for example, greater sovereignty is transferred to the European Union or when bilateral state agreements on the EU crisis are struck that curtail the budgetary autonomy of the German parliament.

As a result, the court's role in the European crisis is that of central actor or permanent obstacle, depending on one's point of view. Be it the introduction of euro bonds or calls for a so-called fiscal union, there will always be someone -- a member of parliament or a concerned citizen, who is ready to appeal to the court.

In a hearing on Wednesday, representatives of the opposition Green Party are expected complain that the government keeps withholding relevant information from parliament. On Tuesday, two members of parliament from the opposition Social Democrats, Peter Danckert and Swen Schulz, will complain against the practice that only a small panel of parliamentarians is involved in urgent and secret decisions such as providing financial guarantees for the euro rescue mechanism.

Instead of the entire Bundestag, only nine members of parliament considered to be relatively loyal to the party line (despite membership in the panel by virtually all major parties in the government and opposition), get to vote on how the government employs the €211 billion ($282 billion) in guarantees it has devoted to the European Financial Stability Facility. 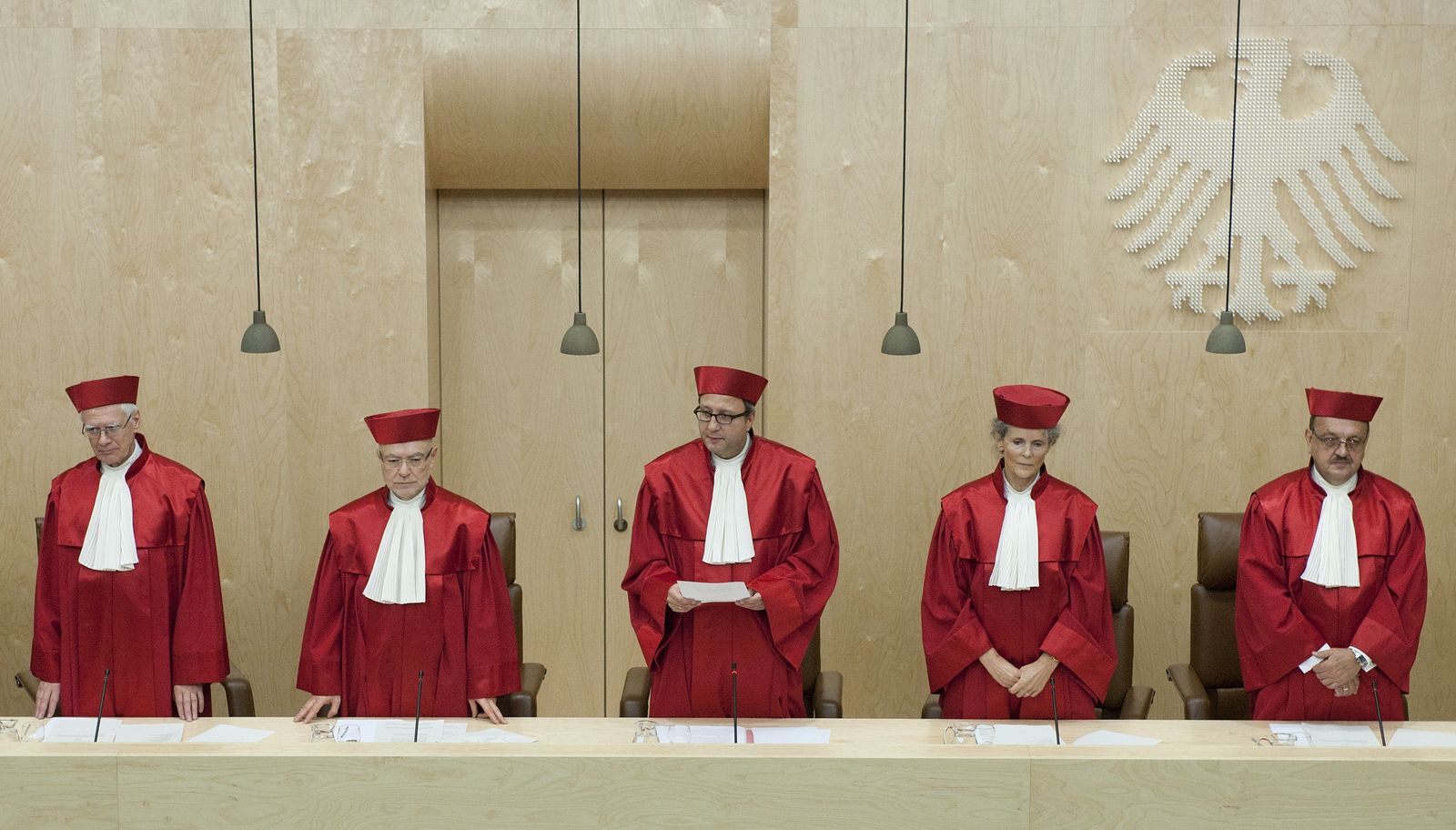