A Greek euro exit on its own would have a relatively minor impact on the world economy, but if it causes a chain reaction leading to the departure of other southern European nations from the single currency, the economic impact on the world would be devastating, a German study warned on Wednesday.

Economic research group Prognos, in a study commissioned by the Bertelsmann Stiftung, estimated that euro exits by Greece, Portugal, Spain and Italy would wipe a total of €17.2 trillion ($22.3 trillion) off worldwide growth by 2020.

The researchers arrived at a particularly bleak assessment because they didn't just calculate the losses of creditors who had lent money to the crisis-hit nations. They also analyzed the possible impact of a euro collapse on economic growth in the 42 most important industrial and emerging economies that make up more than 90 percent of the world economy. 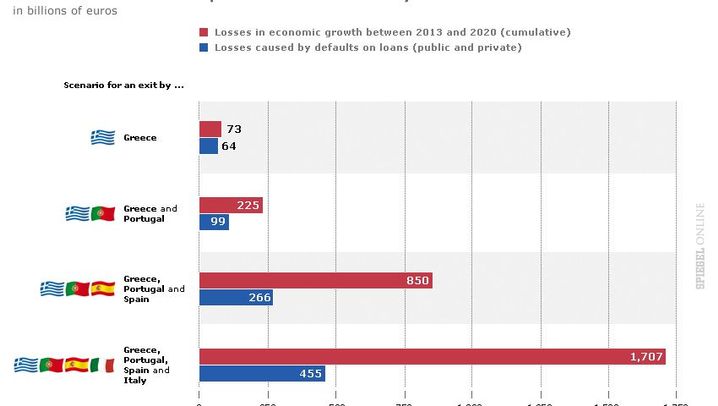 Graphics Gallery: What Happens if the Euro Zone Collapses?

Using an econometric model, Prognos first calculated the effect of a Greek euro exit, and then simulated the step-by-step fallout from Portugal, Spain and Italy abandoning the currency as well.

Chain Reaction Could Be 'Devastating'

"In their overall assessment, the authors of the study come to the conclusion that an isolated exit of Greece and an insolvency of this euro-zone country might well be something that the EU could cope with from a merely economic point of view," the Bertelsmann Stiftung said in a statement.

"At the same time, however, it is extremely difficult to assess if and to what extent this might trigger a wave of further euro-zone exits in Europe's south. If so, the implications for the global economy could be devastating."

A Greek exit on its own would lead to a loss of gross domestic product (GDP) totalling €164 billion, or €14,300 per capita, by 2020 through devaulation of the new currency, unemployment and a sharp fall in domestic demand, the researchers calculated.

It would cost Germany €64 billion in lost credit and €73 billion in lost economic growth between 2013 and 2020, the study said. But that only amounts to 2.9 percent of German GDP.

The impact of other countries leaving the currency union would be more dramatic:

"In the current situation we have to make sure that the crisis in Europe does not turn into a wildfire," warned Aart De Geus, Chairman of the Bertelsmann Stiftung's executive board. 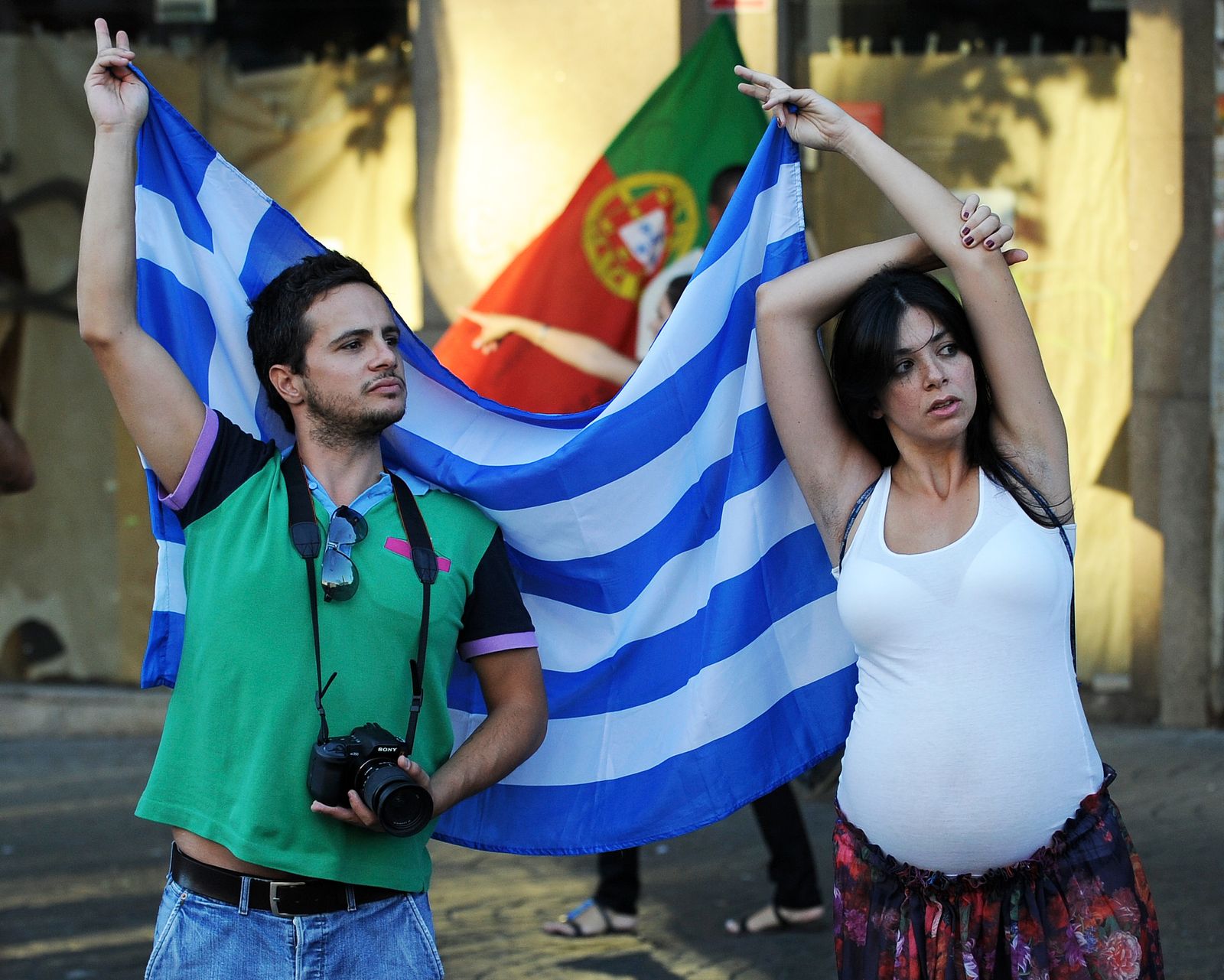 Protesters holding the flags of Greece and Portugal during an anti-austerity demonstration in the Portuguese city of Porto in September.