Late Friday afternoon, Angela Merkel already knew the summit would last longer than usual. "We might see each other again today," the German chancellor joked to reporters, as she arrived at the "informal meeting" of the 17 leaders of the euro-zone countries.

Merkel didn't appear again until eight hours later. By then it was already Saturday. At that point, however, the chancellor was able to announce a sweeping agreement on the reform of Europe's common currency. The EU leaders who had gathered gave their blessing to the "pact for the euro" that Merkel had called for, which is aimed at harmonizing economic policies across the euro zone.

They also agreed to expand the temporary euro rescue fund so that it can expand its current lending ability from €250 billion ($350 billion) to €440 billion for crisis-stricken counties. And they likewise agreed on the foundations of the permanent euro stability fund that is to go into effect in 2013: It will be exactly as large as the current fund and will, like that fund, be financed through a combination of credit guarantees and cash capital.

The German government also agreed to a certain degree of flexibility in how the fund is operated. In the future, both the existing and future funds will be permitted to directly purchase government bonds from countries in trouble. However, the funds will remain prohibited from purchasing bonds from third parties on secondary markets, including the European Central Bank.

With the agreement, the main points of the new architecture of euro stability that are to be agreed on at the next European Union summit on March 24-25 have been hashed out. Between now and then, EU finance ministers are expected to meet to hammer out the final details. Merkel, however, said that most of the difficult work had already been completed.

The agreement was more than many had expected going into the evening. On top of the deal, the euro-zone countries also agreed to improve lending conditions for Greece, as had been requested by Athens. Portugal was also praised for its austerity measures. The only leader to leave the meeting empty-handed appeared to be Irish Prime Minister Enda Kenny -- and most at the meeting suggested it was Kenny himself who was to blame.

The dispute with the Irish was the main reason the summit dragged on for so long. The newly elected prime minister, who has only been in office for three days, had to experience a trial by fire at his first EU summit meeting. Merkel and French President Nicolas Sarkozy demonstrated to him just who has the final say in Brussels. Indeed, Kenny experienced the full anger of the Franco-German duo because of his demand for concessions on the corporate tax rate. After the meeting, Kenny described his encounter with Sarkozy as having been a "good vigorous and vibrant debate." Participants in the summit, on the other hand, described Sarkozy as having had a "fit of rage."

"We weren't very pleased with what the Irish had to offer," Merkel said after the summit. She added that interest rates for Greece on the money that it borrowed under the EU rescue package had been lowered because the country had shown some movement. Ireland, she said, had not. She said that Kenny didn't want to accept any concrete considerations for reconsidering the country's corporate tax rate which, at 12.5 percent, is half that of most EU member states. Still, Merkel expressed optimism that Kenny would rethink his country's position between now and the next EU summit in two weeks. "I think Ireland will want a 100-basis-point reduction in the interest rate," the chancellor said, referring to the interest rate associated with the EU rescue package adopted in November. Many Irish feel that the current rate of 5.8 percent is too high.

In contrast, the group agreed to Merkel's "pact for the euro" without any significant problems. That was not actually very surprising, as Merkel's plans had already been substantially watered down following angry protests from partner countries. In its present form, the pact is little more than a vague promise. It could become, as envisaged, the cornerstone of a European economic government -- or not.

Under the pact, the 17 euro-zone countries agreed to more closely harmonize their budgetary, tax and social policies in the future, with the aim of preventing further debt crises like those in Greece and Ireland. They want to achieve "a new quality of economic policy coordination in the euro area," according to the summit's closing statement.

Whether this works, though, depends will depend on how seriously the governments take their voluntary commitment to make reforms. They cannot be forced to carry out reforms by the other euro-zone states since the pact does not contain any provisions for sanctions.

Past experience does not exactly inspire optimism. When Merkel presented her "pact for competitiveness" to her EU colleagues for the first time in February, there were angry protests from other euro-zone members. Some were reluctant to give up their inflation-adjusted wage increases, while other countries did not want to raise their retirement age or introduce a German-style "debt brake." The pact was typically German, they said, pointing out that there are different social-policy traditions within Europe.

As a result, Merkel's proposals were diluted beyond recognition in week-long consultations until the pact was so noncommittal that all euro-zone leaders could agree to it. What is left is a general appeal for wage restraint and an increase in the retirement age, a commitment to rigorous budget and labor market reforms, and a harmonization of the corporate tax rate.

The euro-zone heads of government have now decided to meet once a year to verify progress toward their common goals. This self-proclaimed economic government will initially include only the euro-zone members, but all other EU countries are also invited to join.

Merkel described the euro pact as "the opening of a new door." The chancellor sees the pact as a continuation of the existing stability pact, which encourages euro-zone members to pursue fiscal discipline. She had made the pact a precondition for her agreement to the permanent euro rescue fund. The fund means that, as of 2013, the euro-zone countries will officially be liable for each other, thereby transforming the EU into a "transfer union" in which richer countries provide financial support to the weaker ones.

Both the euro pact and the rescue fund are part of the overall package, which must be approved at the EU summit in two weeks. Merkel herself has already warned that the whole package must be adopted -- or none of it. At that point, it will become clear whether Irish Prime Minister Kenny is willing to play along, or whether he will force Merkel and Sarkozy to back down. After all, without an Irish "yes," there will be no euro-zone reform. 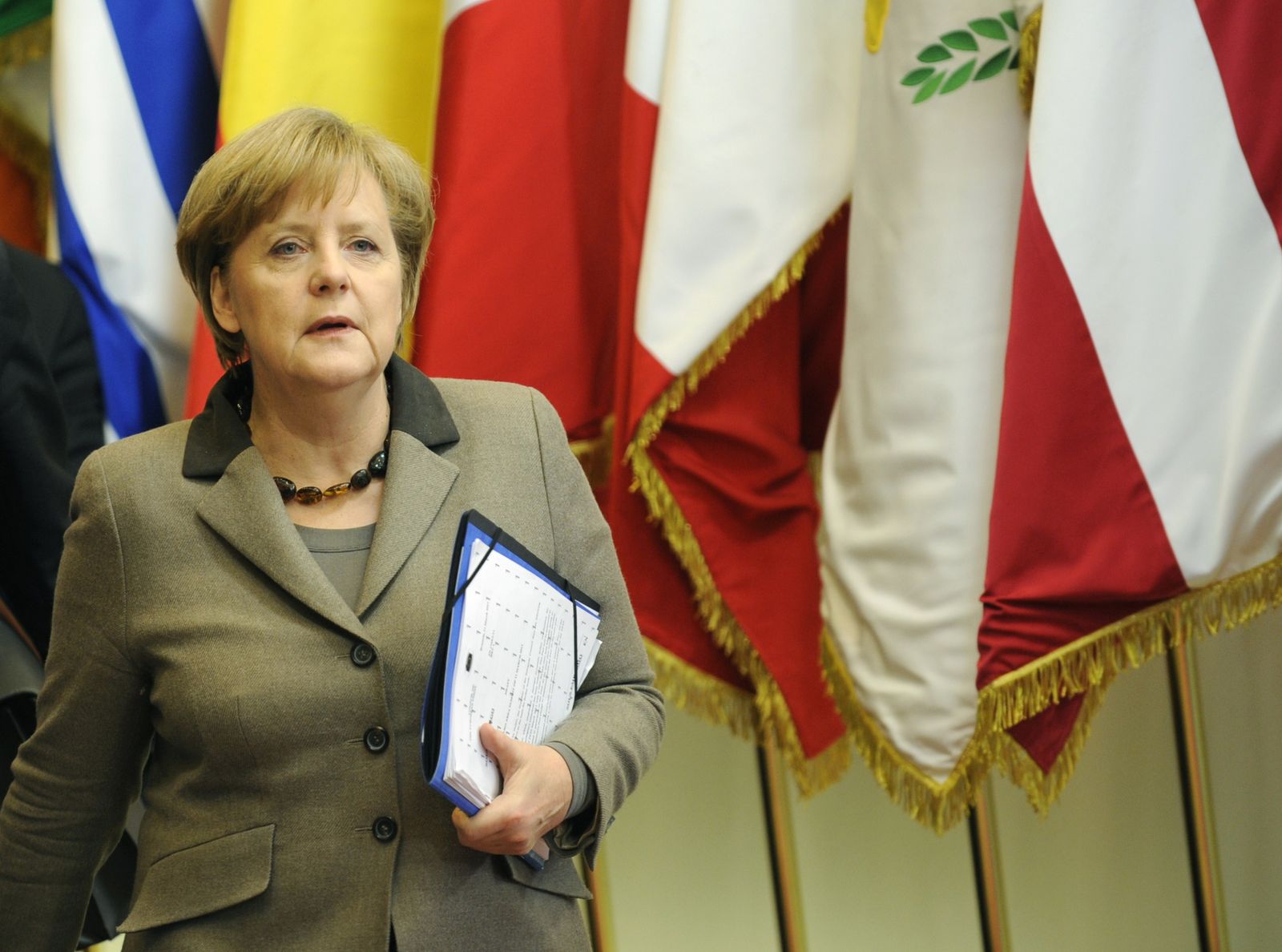