Where will the euro crisis lead us next? Will Portugal really be the next euro-zone country to ask for help from the European Union's rescue fund? It would appear that the majority of investors are expecting it to. What's more, German banking executives even go one step farther: According to a recent survey of executives at 120 banks in Germany conducted by the management consulting firm Ernst & Young, almost half of them predict that at least one euro-zone country will go bust. Indeed, when asked whether they currently expected to see a sovereign debtor in Europe default, 47 percent of those questioned answered "yes."

Still, only a quarter of them said that they expected possible defaults to negatively affect their companies. Claus-Peter Wagner, the head of the financial services division of Ernst & Young's branch in Germany, said that: "The vast majority of surveyed institutions hold either no or very few bonds of the shaky countries and, consequently, do not have to fear any direct losses." Wagner also added that measures recently taken by the European Central Bank (ECB) to stabilize the bonds of weak euro-zone countries had been successful.

Nevertheless, Wagner did warn that there would be catastrophic consequences if one of these countries actually did become insolvent. "If some of the major banking houses are forced to make massive write-offs," Wagner said, "it would lead to renewed turbulence in the entire global securities market."

The ECB has recently being stabilizing the market by buying up the sovereign bonds of dangerously over-indebted euro-zone countries. Until the end of last week, the ECB had done this to the tune of roughly €74 billion ($96 billion). Dispute within Portugal's Central Bank

According to information obtained by SPIEGEL, Germany and France want to push Portugal to seek a bailout from the EU's rescue fund as soon as possible because they don't think the financially troubled country will be able to borrow funds on capital markets for much longer. Officials in Berlin and Paris deny exerting any pressure to make such a move. And Portuguese Prime Minister Jose Socrates insists that his country will be able to stick to its 2010 budgetary targets and does not need any assistance.

German Chancellor Angela Merkel has been cautioning against making any overly hasty judgments regarding the situation in Portugal. She intends to initially take a wait-and-see stance toward Portugal's reform efforts aimed at increasing stability. "From our point of view," Merkel told reporters Tuesday, "Portugal has undertaken what are obviously very significant and far-reaching measures."

The debate over whether Portugal will eventually be forced to ask for help has sparked controversy within the country's central bank. Teodora Cardoso, a member of the bank's six-member board of directors, has publicly entertained the idea of accepting EU funds -- and thereby pitted herself against her boss, Carlos Costa, the board's governor.

Last week saw an additional rise in the risk premiums for the sovereign bonds of weak euro-zone countries. Greece and Ireland have already accepted help from their fellow euro-zone member states and the IMF that came with stiff conditions. However, Tuesday's markets did bring some good news for Greece: At an auction of six-month T-bills, the Greek government was able to raise €1.95 billion instead of an expected €1.5 billion. According to the Finance Ministry in Athens, the interest rate on the papers was 4.9 percent.

According to the Ernst & Young survey, executives are predicting that 2011 will be a good year for their banks. For the next six months, 81 percent of the executives expect to see positive trends in their business operations, and 12 percent even expect them to be very positive. This last figure reveals a marked improvement in bank expectations from last June, when only seven percent of respondents were confident enough to predict very positive results. 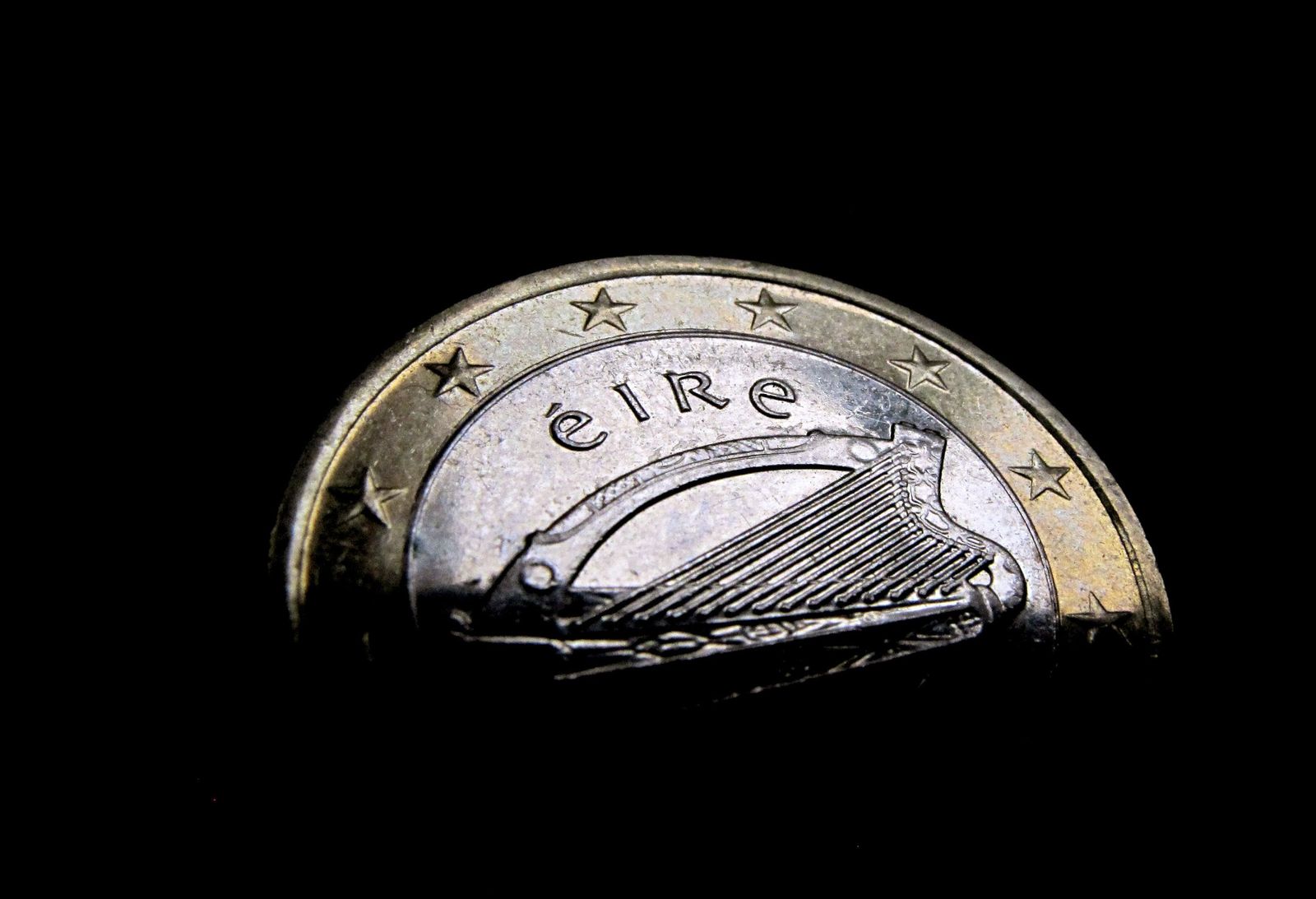 An Irish euro coin: Will Portugal be the next country to seek a bailout?