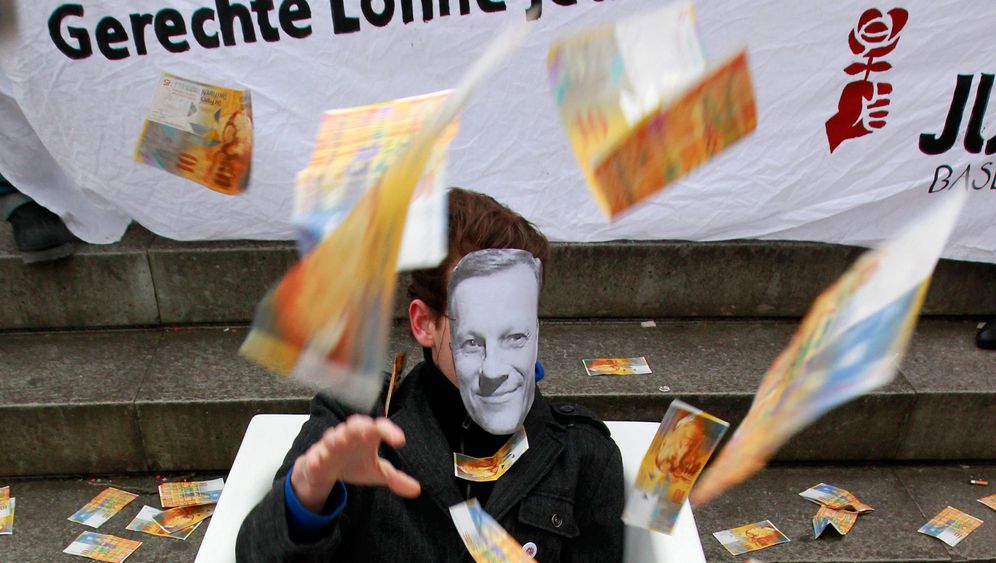 In Switzerland's current, polarized debate about executive salaries, Bern businesswoman Pia Tschannen could be considered a defector -- a woman in cahoots with the Young Socialists, the Social Democrats and the trade unions -- because she is campaigning for the 1:12 initiative, which is being put to referendum on Sunday.

The initiative's aim is to ensure managers cannot earn more in a month than a normal employee earns in a year. It would mean that nobody would be able to earn much more than 500,000 Swiss francs (€400,000) annually. "Ever higher salaries for managers imply that a company's success depends solely on one person. I don't believe that," says Tschannen.

In comparison, board members at Commerzbank, Germany's second biggest bank, were outraged at the government's insistence their pay be limited to €500,000 when the bank was bailed out with government money. Given Switzerland's historical association with Calvinism -- which is supportive of economic success -- the campaign has gathered surprisingly widespread support beyond the traditional left-wing. For a while, polls suggested advocates of the initiative were in a dead heat with their rivals, though support has now dropped.

War on the 'Fat Cats'

The referendum campaign focuses on what the young Socialists call "the fat cats" -- extremely well-payed managers in the business world. These include Daniel Vasella, former head of pharmaceuticals giant Novartis, who was scheduled to receive an exit payment of 72 million Swiss franc (€58 million) in spring 2013. Despite having waived the money following the outcry, Vasella is still seen as an archetypal greedy manager and his notoriety has fed the popularity of the 1:12 campaign, which would have had no chance of succeeding just a few years ago.

Public anger about golden handshakes -- clauses in executives' employment contracts allowing for generous severance -- has already lead to a tightening of the legislation regulating executive pay. A two-thirds majority of Swiss voters supported a ban on excessive exit and signing bonuses. Furthermore, shareholders will now be able to decide executive salaries.

The Young Socialists are already presenting the campaign as a success, irrespective of Sunday's outcome, because they have managed to break a taboo: Discussing salaries was long seen as inappropriate in Switzerland. Now citizens have been discussing executive pay for months and the Young Socialists' campaign has proven so effective that business groups have had to reply with a high-profile counter-campaign.

"The arsonists from the Young Socialists want to ruin Switzerland's successful economic model," warns the Swiss Trade Association (SGV) in a pamphlet distributed to all the country's households. The front page features a photograph of stone-throwing anarchists in front of burning barricades. The Young Socialists' idea is a "socialist experiment," they say: Communists playing with fire.

The "arsonists" work from a trade union office in Bern, all six of them. Marco Kistler, one of the campaign's strategists, is working with his colleagues on using social media such as Facebook and Twitter to mobilize support during the final spurt of the campaign. They connect with their supporters in all 26 of the country's cantons via live stream as the music from Johnny Depp's "Pirates of the Caribbean" plays in the background. "We've assembled all of the worst communists here," one of them jokes.

In truth none of the young activists look like class warriors. Twenty nine-year-old Kistler looks more like a shy computer science student. He answers questions briefly and deliberately, without a trace of revolutionary rhetoric.

"Obviously it's not funny being accused of being a Soviet communist," he says. "But the fact that we're being attacked this way proves our idea is really making people think" Why are Swiss voters now so critical of high executive pay? Kistler believes it can be tied to the financial crisis, "which showed that exorbitant salaries had nothing to do with performance." Major Swiss bank UBS paid bonuses despite the fact that it had needed to be bailed out by the Swiss government to the tune of 70 billion francs (€57 billion).

An Economic Model at Risk?

Kistler's opponent, Hans-Ulrich Bigler, head of the SGV, rejects these arguments. "The 1:12 initiative would only affect the salaries of about 4,000 people, but the consequences for the Swiss economy would be catastrophic." Bigler points to projected losses in tax and social security payments. "Citizens, as well as small- and medium-sized companies would feel the difference." It remains unclear what the revenue losses would be. "But whatever scenario you choose, the damage to society is there," says Bigler.

You get the sense from Bigler that he's a little embarrassed by the crude scaremongering about communists and arsonists. Bigler's arguments are nuanced and he himself sees the dangers of economic elites disconnected economically from society. Nevertheless he defends his counter-campaign, "In a political debate you always sharpen arguments." He believes Switzerland is in an enviable position: "Our economy is growing strongly. We have low government debt and almost full employment."

But he believes this success would be threatened if the state were to limit economic freedoms. Next year, voters decide on whether to tax large inheritances and use that money to support the state pension system. The trade unions also want to introduce a minimum wage of 22 francs (€18) per hour, which would result in a 4000 franc (€3,200) monthly minimum wage for a full-time job.

SGV head Bigler warns that a minimum wage set by the state would also damage Swiss companies' competitiveness. Pia Tschannen, however, is not worried, "our staff already earn that much as it is." Around 280 people work for Tschannen's consultancy and cleaning business. The vast majority of her staff are cleaning ladies. 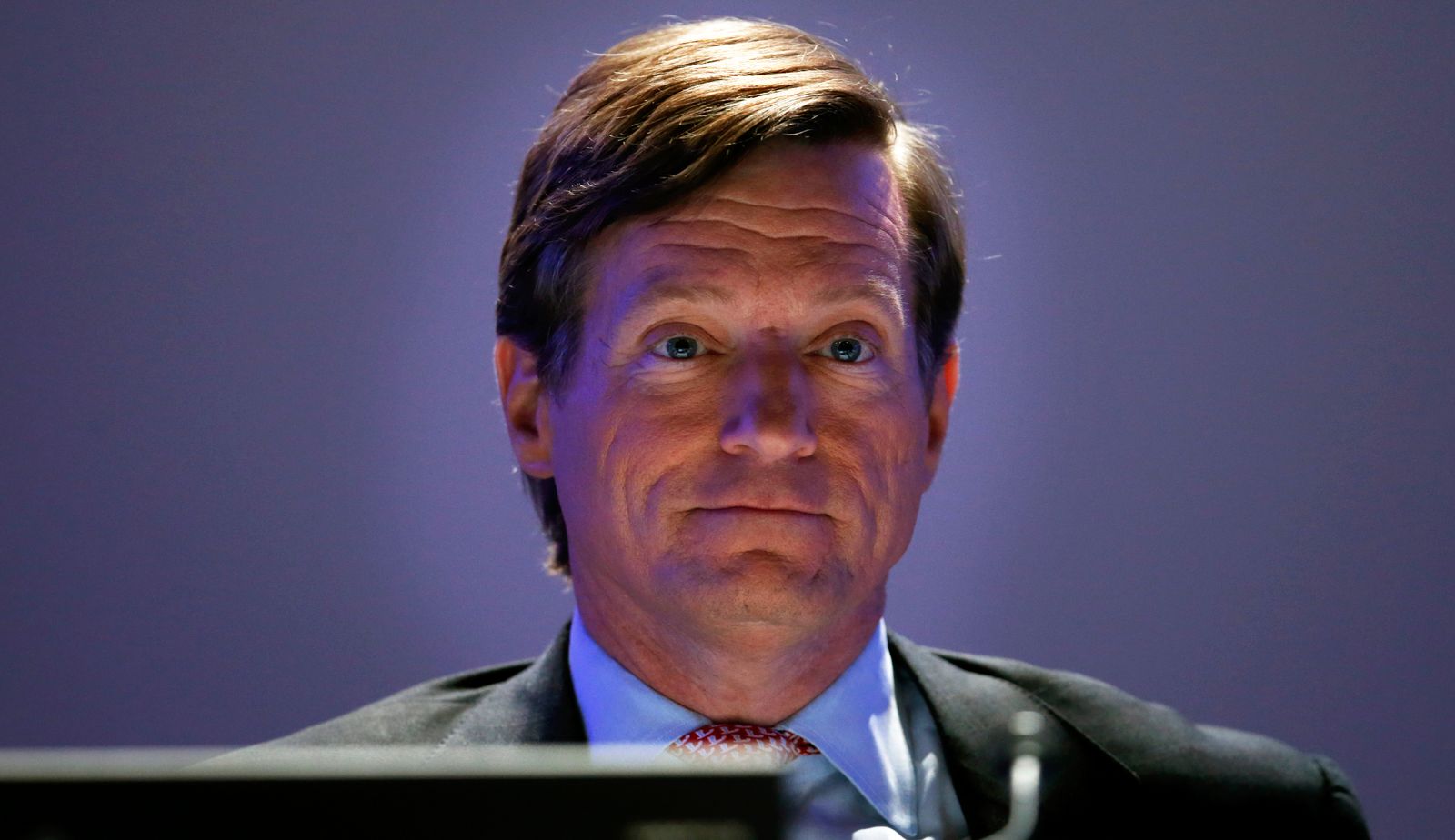