Not hurting anyone, not risking anything, yet still coming to a decision -- it was a very European solution that Herman Van Rompuy announced after the special summit of EU leaders on Thursday. The countries belonging to Europe's common currency zone declared their willingness to come to Greece's aid in the case of an emergency, in order to prevent the country from going bankrupt, the European Council President said. But there would not be any financial aid, he stressed, because the Greek government had not asked for it.

That was all the more astounding as there had been wild speculation about what the meeting would produce: direct EU aid, a European bond issue, bilateral loans, help from the International Monetary Fund -- almost every conceivable instrument was brought up as a way to help get the highly indebted country back on its feet. Even an expulsion from the euro zone was discussed.

And in the end, none of these solutions were agreed upon -- at least not yet.

Instead, Greece has been asked to set take "rigorous and determined" austerity measures, reduce the budget deficit by 4 percentage points and to agree to further spending cuts with the finance ministers of the other EU states, Van Rompuy said. The European Commission and the European Central Bank (ECB) are to monitor Greece's efforts and the first assessment will be made in March. According to information obtained by SPIEGEL, the German government is considering asking the IMF, known as a tough taskmaster, to step in and oversee the spending cuts.

The outcome of the summit reveals the EU's dilemma: "It is in the interests of all of the states, particularly Germany and France, to hep Greece," says Ansgar Belke, from the German Institute for Economic Research (DIW). However, the governments' hands are tied by the terms of the Maastricht Agreement, which governs European monetary union.

In reality, the other states are not allowed to help Greece -- at least not officially. In order to safeguard the euro, and to encourage each country to follow strict budget discipline and a solid economy, the states who joined the single currency agreed to a so-called "no bailout" clause. It stipulates that neither other member states nor the ECB may come to the aid of a state in the form of loans.

Still, it is clear to all that the European Union cannot afford to see one of its member states go bankrupt. On the one hand, Athens owes its neighbors billions. According to estimates from the Bank of International Settlements, Greece owes French banks $75.5 billion (€55.3 billion), Swiss banks $64 billion and German banks $43.2 billion. In total, Greece owes foreign financial institutions $302.6 billion.

"That could certainly be one reason for the German-French initiative to stabilize Greece," says banking expert Hans-Peter Burghof, from the University of Hohenheim. Should Greece go bankrupt, then at least a part of that money would be lost. Large corporate banks would not necessarily be the hardest hit. In a departure from normal banking-industry discretion, Deutsche Bank head Josef Ackermann said recently that his bank's share of Greek debt was "extremely small." It appears that mortgage banks, which invested heavily in Greek bonds, would suffer the most, say observers. Even should Greece avoid insolvency, these banks are still at great risk.

But as high as Greece's foreign debt may be, experts see the greatest danger elsewhere. "A Greek bankruptcy could result in a collapse of the entire euro system," says financial market expert Rudolf Hickel with Bremen University's Institute of Labor and Economy. Currency market speculators are currently earning well by betting against Greece. "After Greece, Spain and Italy would then become the focus of the speculators," says Hickel "and that is what France and Germany have to stop."

It makes little difference that Greece's share of the European Union's gross domestic product is a mere 2.6 percent. "Of course that is merely comparable to the economic output of Lower Saxony and Bremen, but it's the principle," Hickel argues. The size of the country plays a role only insofar as "the smaller the state, the greater the effects from the speculators."

One wonders, in fact, why the European Union has been so slow to take action.

The effects on the euro have already become very apparent. In the last three months, the price of one euro has dropped from $1.50 to $1.37. Many currency experts consider a weakening of the euro to be a welcome development -- but not in the way it has come to pass. Currency speculators aren't interested in a euro-dollar exchange rate that adequately reflects economic output. Rather, their profits result from erratic changes on the currency markets.

In addition, "nobody knows what would happen if Greece actually did go bankrupt, what it would mean for the financial markets and whether it would have dramatic consequences similar to the bankruptcy of Lehman Brothers," says banking expert Burghof. For that reason as well as to avoid a political destabilization, Burghof feels firmly that other EU countries will intervene if worse comes to worst.

But that could happen sooner than some might think. In hushed tones, some are saying it will take only two months before Greece runs out of money. Whether or not the country will be able to secure money on the international financial markets at better conditions than it has recently had at its disposal is unclear. So far, the market has reacted coolly to the EU's vague pledges of aid.

"The announcement by the EU translates as: 'Problem, please go away," gibes DIW expert Belke. People are now hoping the markets will take note and that the message will be understood; "In an emergency, the EU will step in with bilateral aid."

For now, though, the EU is continuing to delay this step. As long as it continues to do so, the markets will continue to shy away from Greece. 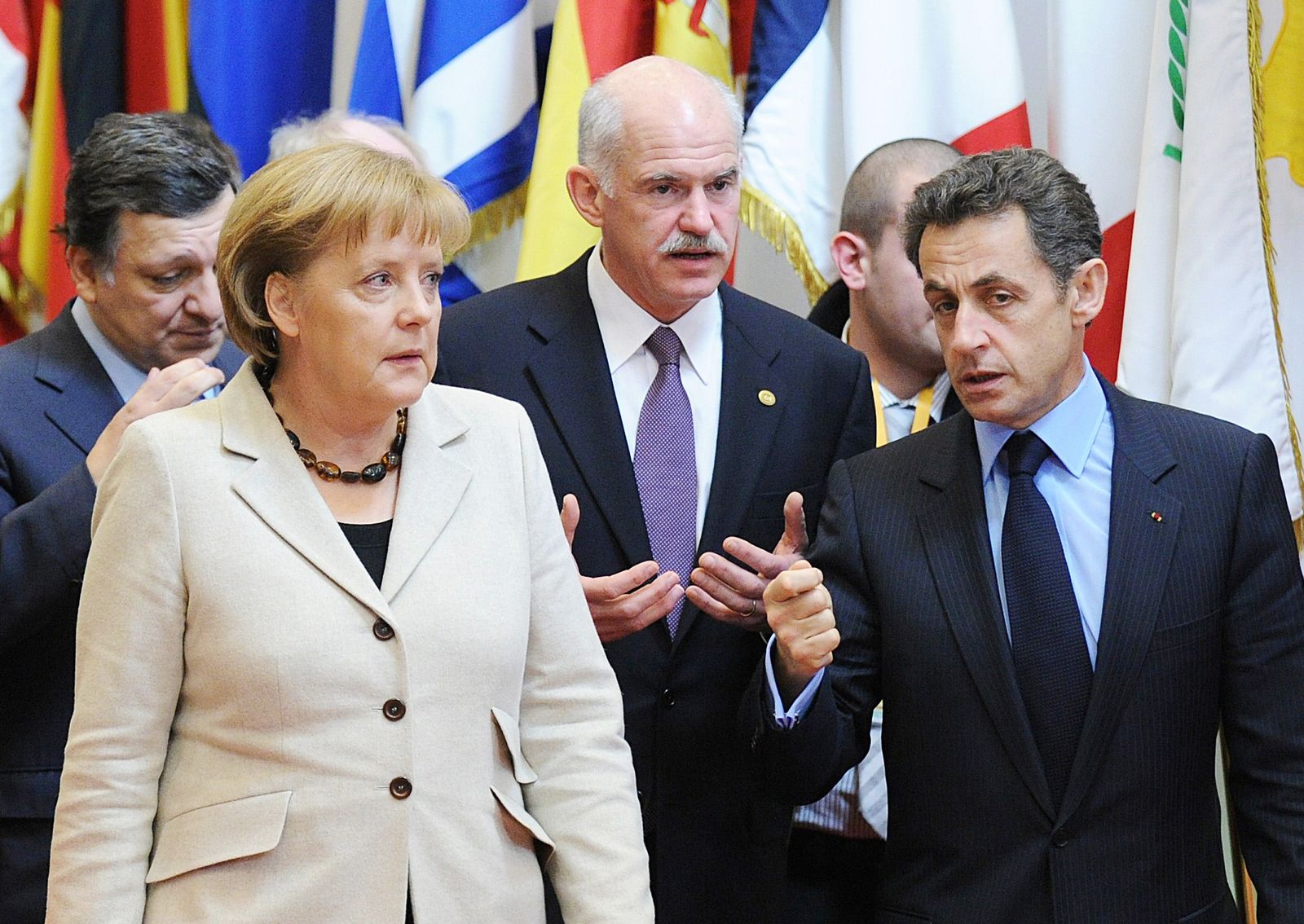 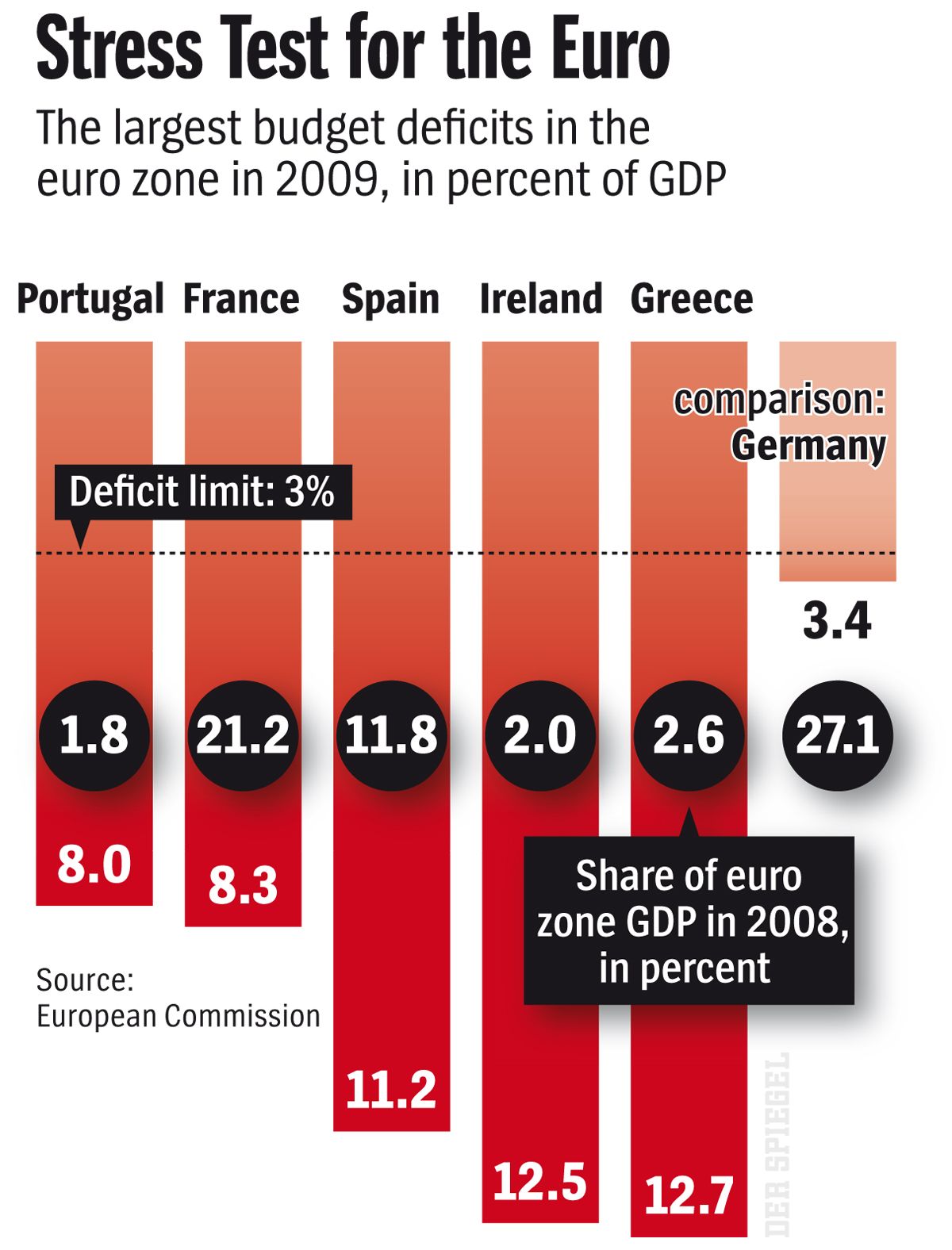