It is a tone that one rarely hears from Berlin on the eve of a major European Union summit. "We have the impression that some actors still haven't recognized the seriousness of the situation," a senior German government official told journalists in Berlin on Wednesday.

There are many, the official added, "who are very generous and very quick when it comes to finding new sources of financing, but have difficulties when it comes to addressing the deficiencies with the euro's design." In order to stabilize the euro, no "baby steps" will be sufficient. And there can be none of the "typical Brussels trickery" that could result in a compromise deal short of what the public and the markets expect.

Corrections to the EU's treaties are essential, the official said. "We aren't going to make any lazy compromises." Not exactly the kind of diplomacy one might expect from Berlin as Chancellor Angela Merkel heads to Brussels.

But if Merkel's goal was to dramatically increase the pressure on the other 26 EU leaders who will attend the meeting, she certainly succeeded. Merkel is intent on establishing a strict new culture of stability, with rigid regulations regarding state debt and budget deficits in addition to severe and automatically imposed penalties for countries that violate those rules. She and French President Nicolas Sarkozy agreed to the framework of such a deal on Monday. In order to make that happen, EU treaties will have to be modified.

The targets of the unusually strong verbal attack by Germany are clear. They are aimed at countries that have questioned or expressed objection to the Merkel-Sarkozy stability plan as well as those who are seeking concessions or want to water the plan down in other ways.

The detractors are led by Britain. In a guest editorial in the Times of London newspaper, British Prime Minister David Cameron offered the prospect of accepting changes to the European treaties, but at the same time demanded concessions in an editorial titled, "Yes to treaty change - but only on our terms." The key condition demanded by Cameron is that Britain be excluded from financial market regulations. "Our requirements will be practical and focused," he wrote. "But euro-zone countries should not mistake this for any lack of steel."

Cameron's demands are the product of significant domestic political pressure. Within his own party, euroskeptics are breathing down his neck. It is only with great effort that he is able to keep them at bay. In October, 81 conservative members of parliament defied Cameron's orders to vote against a call for a referendum on Britain's future membership in the EU. If Cameron comes back from Brussels empty handed, he will be viewed as having given the nod to a German dictate and could face a political revolt back home.

"If David does not set out his stall in a clear and coherent manner then the Tory party will pretty much become impossible to manage," one senior Tory told the Daily Mail newspaper. "He will face a rebellion which makes the last one look like a tea party -- and you'd see resignations."

Irritation in Germany over Britian and the EU Institutions

But the Germans aren't interested in such British sensitivities. Within the parliamentary group of Merkel's conservative Christian Democratic Union, the moves in Britain are being described as "a massive attempt at blackmail." The German government sees no reason whatsoever for any kind of barter deal. Government officials in Berlin have noted that, as a country that has not adopted the common currency, Great Britain wouldn't be affected by the corrections in the Stability Pact that are being sought by Germany and France. Politicians in Berlin are also concerned that other countries might also step in with similar wishes, thus protracting already difficult negotiations. Germany and France are seeking to complete the new text for the treaty changes by the end of March.

Politicians in Berlin are also angered by the report released by Herman Van Rompuy, the president of the powerful European Council representing the leaders of the 27 member states, Euro Group President Jean-Claude Juncker, who is also the prime minister of Luxembourg and European Commission President José Manuel Barroso. The report is intended to serve as the basis for discussion at the meeting of leaders on Thursday night. Euro bonds, which have been vehemently rejected by Germany, pop up again in the report as does the possibility of issuing a banking license for the future euro rescue fund, the European Stability Mechanism (ESM). German officials thought that both issues had already been settled and were no longer under consideration. But now they are back on the agenda in Brussels in a move being perceived by many German EU diplomats as a provocation.

What's more, the Rompuy report outlines an alternative path that might give the Stability and Growth Pact more teeth without having to amend the EU treaties. The proposal concerns Protocol 12 of the Lisbon Treaty, which regulates deficit proceedings. According to Rompuy, making changes to that protocol "does not require ratification at the national level." Berlin is furious at the proposal, saying it is nothing other than a typical idea out of the "Brussels bag of tricks."

There are a number of member countries that would find Rompuy's alternative exceedingly attractive. Many countries would be required to hold referendums on the treaty changes, and they are afraid of how they might turn out. "In a moment when the esteem of the European project is at a low point, do we really want to risk new referendums in the individual countries?" asked Czech Foreign Minister Karel Schwarzenberg in an interview published in Thursday's issue of Die Zeit, adding that he found such a prospect "very risky." In the same interview, Swedish Foreign Minister Carl Bildt expressed similar skepticism.

But Chancellor Merkel is digging her feet in. She wants all objections in Brussels to EU-wide debt brakes and mechanisms for automatic sanctions against budget offenders to be swept off the table. She wants concrete results, not vague declarations of intent and half-hearted decisions. The harsh words of her advisers are meant to drive this point home and send the signal that Germany is dead serious about what it's saying.

What's uncertain for now is whether these unambiguous tones will be helpful in winning over Germany's euro-zone partners in the run-up to the summit. In recent weeks, there was already a series of critical voices expressing worries about supposed German dominance in the efforts to rescue the euro. Indeed, many officials in Brussels were concerned on Wednesday that the aggressive tone from Berlin could actually make a deal more difficult to reach.

German officials, too, are no longer convinced they will be able to win over all EU members. A senior official said on Wednesday that Berlin is "more pessimistic than in recent weeks."

As such, Plan B is looking increasingly likely: A separate agreement among the euro zone's 17 member states in addition to any others that are willing to submit themselves to binding regulations on budgetary discipline. This kind of "euro plus" body of regulations could be integrated into the agreement outlining the ESM, which still hasn't been ratified. Government officials believe this would at least offer "an advantage in terms of the speed" in the ratification process.

And speed is of the essence -- even if Germany's government has shown itself willing to call even more summit meetings before Christmas should it need to bring more partners on board. But, either way, Merkel and Sarkozy are dead set on laying the groundwork for either treaty amendments or a new treaty on Thursday and Friday.

If needed, they're even willing to stretch the summit out another day. "This is a very grave moment," said one German official in Berlin. "We haven't made any plans for the weekend." 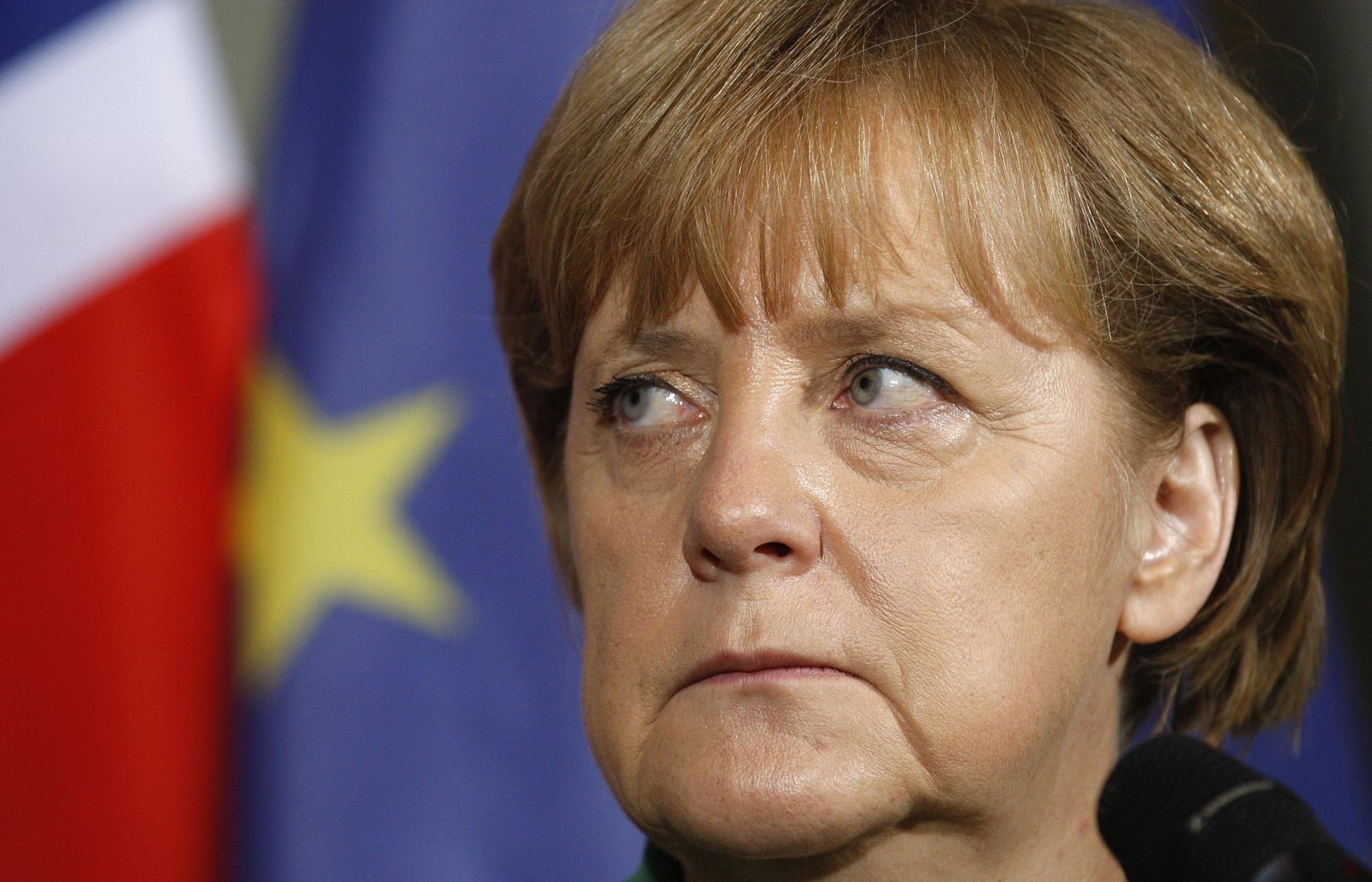