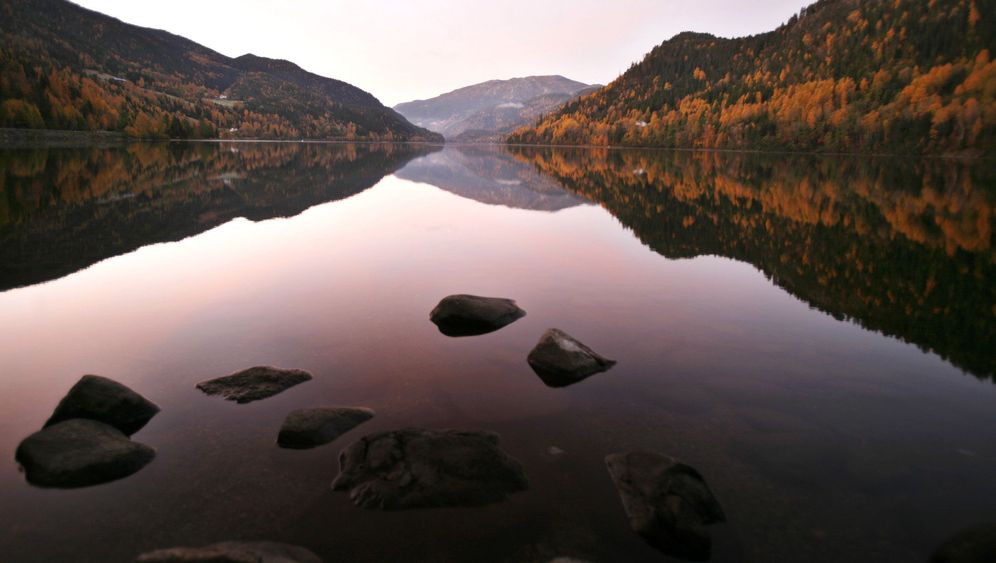 Behind her back, they call Eli Saetersmoen a "golden skirt." But the Norwegian executive is actually dressed in tight gray wool pants and black patent leather boots as she emerges briskly from the door of the Oslo airport.

She smiles and looks satisfied, even though she has every reason to be exhausted.

Saetersmoen, 46, has just come from Bergen in western Norway, where she attended a meeting of the board of directors of the Bergen Group. "We discussed the business figures for the fourth quarter," she says.

For several hours, she asked questions and searched for potential trouble spots in the balance sheet of the company, which specializes in the maritime industry. "You have to be analytical," she explains, "even if it means stepping on people's toes."

New Approaches to an Old Problem

It's shortly before 8 p.m., but her workday isn't over yet. In the train from the airport to downtown Oslo, she'll work on the presentation she is scheduled to give at a conference the next day. "They want to know how a successful board of directors needs to operate."

Saetersmoen says this as nonchalantly as possible, and yet she knows all too well that only a few years ago, hardly anyone would have come up with the idea of asking a woman for advice on such matters.

But something has changed in Norway. "The country," she says, "has taken a big step forward." She is referring to a legal quota introduced in 2006, which requires that women must make up at least 40 percent of the boards of publicly traded companies. Companies that fail to comply face a draconian penalty: They can be dissolved.

Since then, economists and feminists worldwide have viewed the Scandinavian country as a testing ground for new methods to solve an old problem: the lack of women in positions of power.

Saetersmoen is a poster child of successful gender policy. She has already been a member of 12 boards, including that of the state-owned energy company Statoil. She is currently the chairwoman of the board of directors of the risk management company Scandpower, and she has been the managing director of the Norwegian branch of the Falck Nutec conglomerate for the last year and a half.

Proponents of Norway's gender equality act, the only law of its kind worldwide, tout Saetersmoen as a role model for a new generation of self-confident women in senior management. But critics claim that her many positions of responsibility are evidence of the excesses of state-sponsored feminism. They refer to women who are members of the boards of multiple companies as "gullskjørtene," or "golden skirts."

The Norwegians proudly point out that their pioneering law is being imitated in various countries, including the Netherlands, France and Spain. The Norwegian media has also reported extensively on the gender equality debate in Germany. Will Norway become an exporter of women's rights, in addition to oil and salmon?

The country already ranks at the top of the United Nations gender equality index. Norway introduced full women's suffrage as long ago as 1913. For close to two decades now, the Norwegian government has paid women 80 percent of their salaries for an entire year during maternity leave. The percentage of women in the work place is also higher than average.

Nevertheless, the Norwegian statistics resemble those of other countries in many respects. The majority of women work in the public sector, as teachers, nurses or kindergarten teachers. Many women return to part-time jobs after paid maternity leave, which is an important reason why they earn less than men. And the so-called glass ceiling that prevents women from rising to the top levels of corporations also exists in the land of fjords.

Not Driven to Ruin

Now, about five years after the introduction of the quota, Norwegian academics are taking stock for the first time. "Neither the worst fears of opponents nor the greatest hopes of proponents have come true," says Marit Hoel, director of the Oslo-based Center for Corporate Diversity. She has just presented her findings to German Justice Minister Sabine Leutheusser-Schnarrenberger in Berlin.

Hoel's conclusions suggest that the restructuring of corporate boards has not driven companies to chaos or ruin. The balance sheets of successful companies suffered a little in the short term but recovered quickly, says Hoel. "By contrast, companies that weren't doing so well tended to benefit from having women on their boards."

Norwegian companies clearly succeeded in finding sufficient numbers of competent women to serve on their boards. "The people who were replaced were mainly older board members," says Hoel, adding that their positions were taken by women with substantially better education levels. According to surveys of corporate CEOs, women have hardly changed the working style on boards. "Only a few report that the culture of discussion has become more open," says the social scientist.

A different study made headlines last fall when it revealed that more than 100 companies had transformed themselves from publicly held corporations (ASAs) to privately held companies (ASs), precisely at the time when the threat of punishment under the new law took effect. (The law only covers state-owned and publicly listed firms.) "We were all quite surprised," says Hoel.

Upon closer examination, however, it became clear that the key reason for the change in most of the cases was a different law that took effect at the same time, and which no longer required financial firms to be registered as publicly held corporations.

The "golden skirts" phenomenon, on the other hand, is real. "Before the quota was introduced, no one had more than four board positions. Now the maximum number is eight to nine," says Cathrine Seierstad, an economist who teaches at Queen Mary University in London.

Seierstad believes, however, that the accumulation of positions is a temporary phenomenon. "At first, it was simply difficult to find suitable female candidates quickly." The problem, says Seierstad, will resolve itself once more women pursue careers in business.

Unlike the boards of directors, however, management remains dominated by men for now. "The key issue will be whether the female board members are self-confident enough and instruct management to deliberately keep an eye out for suitable women," says Seierstad.

Many experts in Norway already feel that the gender quota is not the decisive weapon against male dominance. Take Kristin Skogen Lund, for example. The 44-year-old is the president of the Confederation of Norwegian Enterprise (NHO), a senior executive with the telephone company Telenor and one of the most influential women in the Norwegian business world.

As a believer in the free market, she was fundamentally opposed to the new law. But she and her organization, which has a membership of over 20,000 companies, have made peace with the quota. "In the end, hardly any companies were adversely affected by it," she says. Unfortunately, she adds, it hasn't done much good, either.

One reason, says Lund, can be found in families. "The responsibilities in the household and in raising children still aren't fairly distributed," she says. There are two consequences, according to Lund: "Women fall behind in their careers and do not manage to make the big step up the ladder, and for business owners it is still advantageous to give preference to men over women as top managers."

For this reason, she was able to convince the NHO membership to support another state-sponsored measure, one which runs counter to the corporate culture of conservative executives: The NHO is officially demanding that mothers and fathers should each take on one-third of the parental leave period. The two parents would be permitted to divide up the remaining time as they see fit.

'He Encouraged Me to Believe that I Have What It Takes'

Her own career is the best argument in favor of such a policy, says Lund, especially since she has two sets of twins. Her husband, a self-employed lawyer, took a few months of paternity leave for the children. "The most important thing, however, was that he encouraged me to believe that I have what it takes to be a senior executive," says the NHO president.

Lund feels that executives should also do more to motivate women to pursue careers in management. "Many women simply lack the necessary courage and self-confidence," she says. According to Lund, these women wouldn't even think of being capable of assuming responsibility in the company. "And these are all things that can't be regulated with a quota," Lund concludes.

But how can the business world be adapted to meet the needs of family life, and vice versa? In one respect at least, Lund admits, she has a clear advantage as a Norwegian woman.

There is one basic rule that still applies in her country: no meetings after 4 p.m. That's because most employees, men and women, are already on their way to the kindergarten by then. "Those kinds of working hours are only possible when you have productive work, flat hierarchies and the corresponding fast decision-making structures," she says.

"In Frankfurt or London," the manager adds, "I would certainly not be home before nine in a job like mine."