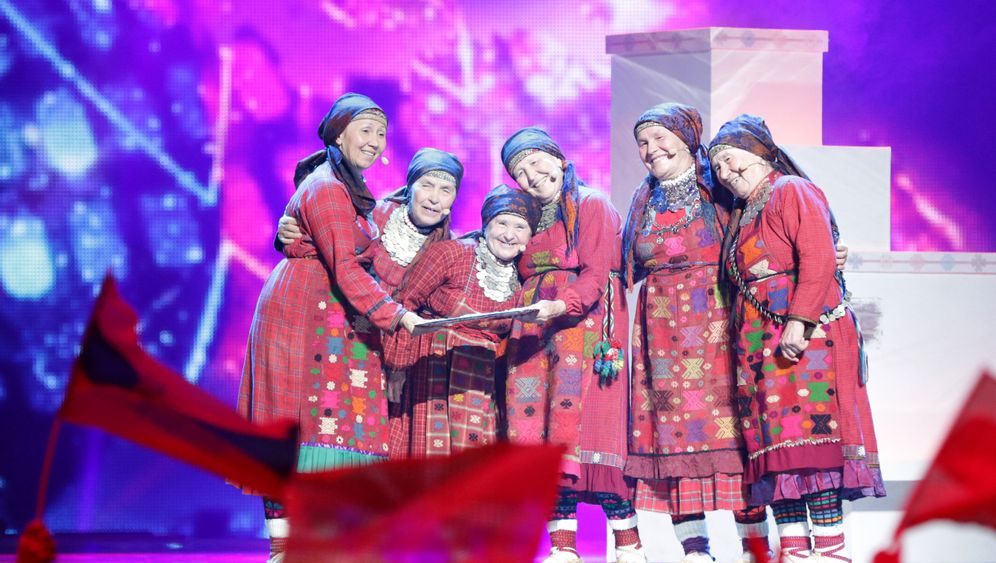 The flamboyant, bespangled Eurovision Song Contest's first semi-final whittled down the competition contestants in Baku on Tuesday night, but the pageantry was overshadowed by a diplomatic row. Just ahead of the festivities, Iran summoned the envoy of host country Azerbaijan and announced it had withdrawn its ambassador from Baku to protest "insults to the sanctities" of Islam and the alleged planning of a "gay parade" to accompany the event.

"We heard that the government of Azerbaijan is hosting the international Eurovision Song Contest and that during this contest there will also be a gay parade," senior Iranian cleric Ayatollah Sobhani said in a statement for the Azeri ambassador quoted by the semi-official Fars news agency. A government official in Baku denied the allegation.

In recent weeks, Iranian officials have admonished Baku for hosting the event, accusing the government of permitting gay pride rallies. While the event, one of the most-watched in the world, is a well-known favorite of the gay community in addition to its general popularity, no such gatherings have been either planned or staged in Baku.

Still, tensions between the two countries are unlikely to be improved by the public reaction to Iran's accusations in Azerbaijan. At a demonstration in Baku participants reportedly carried images of President Mahmoud Ahmadinejad and Supreme Leader Ayatollah Ali Khamenei and banners that read "Azerbaijan does not need clerics -- homosexuals!"

The Islamic Republic has long been at odds with its more secular neighbor, which cultivates close ties to Western allies. There have also been concerns in Tehran over alleged Israeli intelligence work going on in Azerbaijan. Meanwhile, Azerbaijan recently said it had arrested a number of people hired by Iran to stage terrorist attacks on US and Israeli embassies. The accusations have been denied on both sides.

The annual Eurovision Song Contest is taking place in Azerbaijan after the country's victory in Germany last year won them the right to play host. The oil-rich nation has seized the opportunity to present itself as a glitzy, modern destination to millions of viewers around the world, spending an estimated €630 million ($797 million) on preparations and making it the most expensive Eurovision event to date. But the government has been dismayed by the foreign media attention that has focused instead on its human rights violations ahead of the show.

The windy, sparkly extravaganza kicked off in earnest on Tuesday night as 18 contestants showcased their musical talents in the first semi-final. Ten acts -- among them Russia's lovable troop of grannies Buranovskiye Babushki and Ireland's twitchy duo Jedward -- will go on to Saturday's final. Another 10 musical groups or soloists will be chosen for the final competition in the second semi-final on Thursday at Baku's splashy new Crystal Hall.

The other countries to make it through the semi-final on Tuesday included Albania, Greece, Iceland, Moldova, Romania, Hungary, Cyprus and Denmark. The latter country boasts one of the favorites for a victory on Saturday, Soluna Samay, the daughter of a Stuttgart street musician who will be singing her song "Should've Known Better."