Germany may have lost its position as the world's leading exporter to China, but its dominance in the export market still has its fellow euro-zone members hot under the collar.

French Finance Minister Christine Lagarde sparked a bitter row with an interview published in the Financial Times Monday in which she called on Germany to curb its export surplus. She reiterated her position Wednesday in remarks to the French radio station RTL, when she said that Germany could reduce taxes to boost domestic demand -- which would free up more money to buy French products. "An improvement in domestic consumption could help our exports to Germany, our most important trading partner," Lagarde said.

In the Financial Times interview, Lagarde had said that Germany's trade surplus threatens the competitiveness of other countries in the euro zone. "(Could) those with surpluses do a little something?" she asked.

Lagarde received prominent support Wednesday in the form of her compatriot Dominique Strauss-Kahn, the head of the International Monetary Fund (IMF). Speaking at an event at the European Parliament, Strauss-Kahn said countries such as China and Germany had to redress their trade surpluses as part of efforts to fix global economic imbalances.

"We have countries with huge deficits, the US for example, but also several European countries. They need to save more, having less domestic consumption to rely more on exports," Strauss-Kahn said. In countries with large current account surpluses, such as China and Germany, he added, "it has to go the other way round: Domestic demand has to go up with more consumption and investment."

German Chancellor Angela Merkel, however, rejected calls for Germany to reduce its reliance on exports. "We will not give up our strengths in those areas where we are strong," she told her country's parliament on Wednesday. Her government would pursue policies aimed at boosting Germany's competitiveness, she said, adding that it was wrong for a country to adapt itself to "the slowest," in a reference to less competitive members of the euro zone.

Earlier on Wednesday, deputy government spokesman Christoph Steegmans had said that it was not possible to tell export-oriented companies to produce less attractive goods. He stressed that Germany currently had strong and innovative small- and medium-sized companies -- the famous Mittelstand that is behind much of the country's export success.

The Federation of German Wholesale and Foreign Trade (BGA) was outraged by the criticism from France, saying in a statement that Germany could not deliberately restrain its exports to give less competitive countries a chance. Instead, the association argued, countries with low levels of exports should consider whether they need to improve their own competitiveness.

Germany's new European commissioner, Guenther Oettinger, went as far as to recommend that other countries follow the German model. "In Europe, we need more reforms like the ones which have been carried out in Germany," Oettinger said.

The Greek debt crisis has exposed major economic differences within the 16-nation euro zone that have weakened international confidence in the single currency. Countries such as Greece lag far behind in terms of economic competitiveness and are now under intense pressure to reform their labor market and welfare systems.

Since the start of the global economic crisis, there has been increasing annoyance at countries that run large trade surpluses, such as Germany. There is the perception that Germany has been gaining advantages at the expense of its neighbors through a policy of keeping down wages, making German products increasingly attractive compared with foreign competition.

Germany's competitiveness has increased since the introduction of Europe's common currency, the euro, in 1999. In the past, European countries that wanted to make their exports more competitive could simply devalue their currencies to make their products artificially cheaper, but that is no longer possible under the common currency.

France, whose franc tended to be undervalued, has seen its products become more expensive. On the other hand, the euro has meant products made in Germany -- whose mark was traditionally overvalued -- have gotten cheaper. Statistics show that France has imported far more goods from Germany in the years since 1966 than it exported to its neighbor. Its trade deficit with Germany reached a high of €30.3 billion ($41.7 billion) in 2008.

Germany has also undertaken structural reforms that have made it more competitive internationally, such as the Hartz labor market reforms introduced under former Chancellor Gerhard Schröder. Economists argue that countries like France and Greece are now more poorly positioned on the international market due to their failure to make similar reforms.

German officials say the euro-zone countries now in economic trouble -- the so called PIIGS, which include Portugal, Ireland, Italy and Spain, as well as Greece -- only have themselves to blame because they spent years living above their means before the financial and economic crisis exposed their weaknesses. 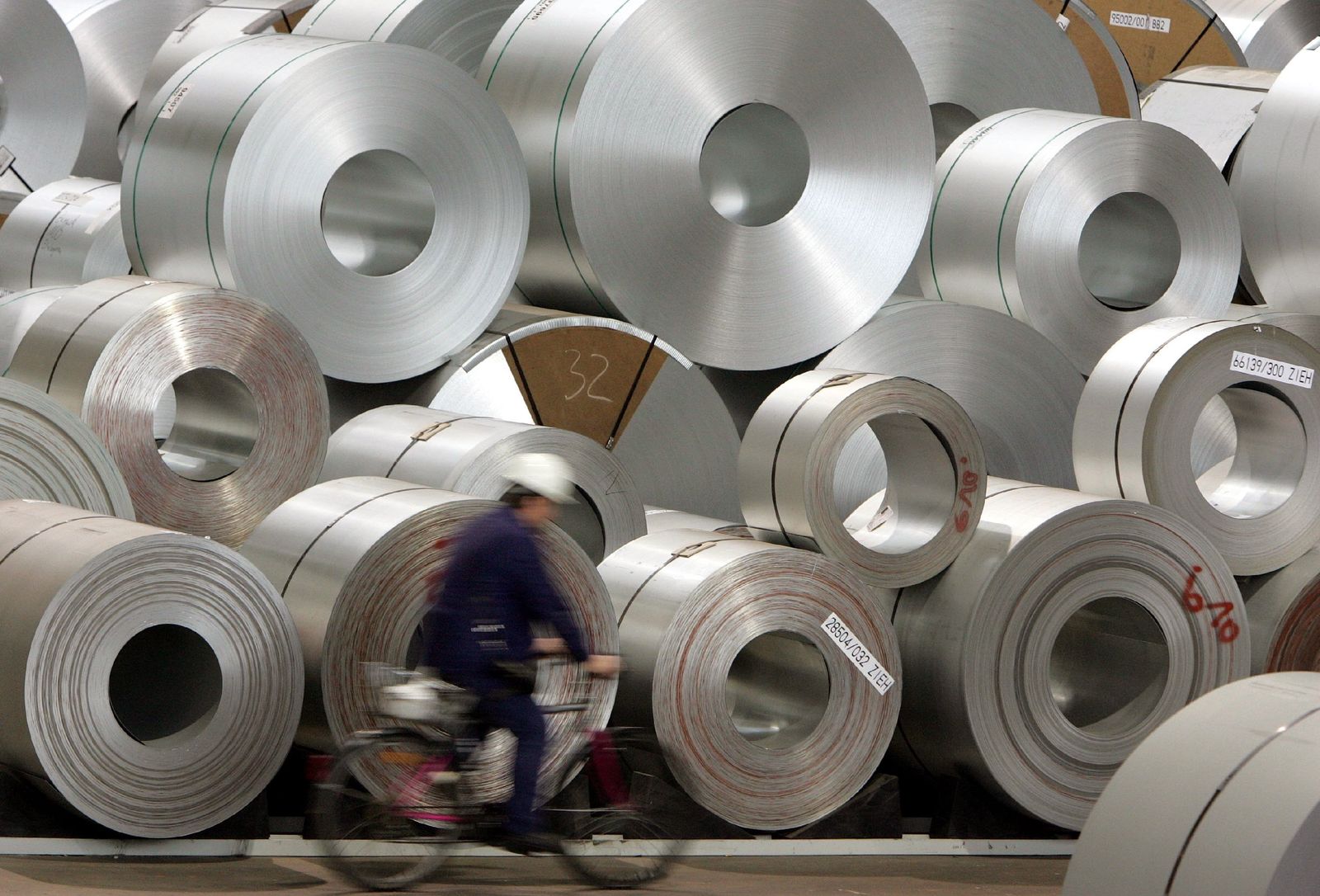