It was Christmas 2009 when Yusuf O. took part in a combat mission in Afghanistan filmed by fellow fighters from the fundamentalist organization German Taliban Mujahideen (DTM).

"Today is the 25th," Yusuf O. said to the camera. "Yesterday the kuffar (infidels) unpacked their dirty presents on their dirty day of celebration. Now they will receive something from us!" The shaky film footage showed DTM fighters firing rockets towards a US military camp in Afghanistan.

Yusuf appears three times in DTM propaganda films. In some he stands alongside the terrorist group's co-founder Eric Breininger, who has since been killed. In others he is in the company of Breininger's successor, identified as Fatih T. In May 2009, Yusuf O. and Fatih T. traveled out of Germany together.

Almost exactly two years later, on May 31 this year, Yusuf O. was detained in Vienna on a German arrest warrant. The arrest has only just been made public by the Federal Prosecutor's Office because extradition proceedings are underway. He is suspected of involvement with the DTM, which prosecutors say aims to carry out attacks in Afghanistan and Pakistan and found a "religious fundamentalist society" in the region.

Fleeing -- or on a European Mission?

But key questions about the case remain open. For example, it is unclear when, and, most importantly, why, Yusuf O. left Afghanistan for Austria. Apparently he planned to travel to Germany but it remains uncertain whether he had become disillusioned with the combat operation or whether he was part of a DTM operation targeting Germany.

Both scenarios are plausible. Yusuf O. was born in Germany in 1985 but had a Turkish passport. He is thought to be a key member of the DTM. His friend Fatih T. was the boss, and he appeared in videos warning about planned attacks on Germany. Investigators know from other cases that, for a while at least, Yusuf O. maintained regular online contact with German-based supporters of the terrorist group. The DTM urgently needed "ammunition and money," he wrote in one message. Whoever couldn't help in person, should send money, he urged.

On the other hand, it is possible that Yusuf O. became disillusioned with the battle in Hindu Kush. There have been several recent cases of Jihadists hailing from Germany who have gone this route, including a married couple from Berlin who were associated with the DTM as well as a young man from Hamburg who had been part of the Islamic Movement of Uzbekistan.

Evidence shows that life on the frontline is grueling and that new German recruits arrive largely unprepared for what awaits them. Statements from those arrested and other sources create a depressing impression of day-to-day life. Lack of food, poor hygiene and mistrust among co-fighters on the frontline were all routine problems, in addition to the ever-present fear of death.

Life on the Frontline

In online chats with their supporters in Germany, DTM cadre has repeatedly referred to conflicts, sometimes about women, sometimes about obedience. To those on the outside, the DTM seeks to present themselves as a united front, but in reality deep cracks appear to exist within the group.

The DTM first became known to the public in autumn 2009. For a long while authorities were left guessing as to what the brigade was up to. It had Eric Breininger as its most famous face, a man who was linked to the Sauerland cell, a group which planned to attack German targets, and therefore it was thought to be connected to the Islamist Jihad Union (IJU).

But in Spring 2010, Breininger was shot by Pakistani soldiers and his memoirs were published posthumously, casting light on the murky grouping. It turned out that the DTM was founded by Breininger. He and other fighters from Germany opted to build their own troop rather than fight alongside the Uzbeks from the IJU. They asked the Afghan Taliban for permission to create their own brigade, and the organization describes itself as fighting "under the flag of the Taliban." On occasion, Afghans have taken German fighters with them into battle. Aside for Breininger, a number of others have lost their lives during combat, including a man from Berlin and a German-Turk.

How many members the DTM have at present is not clear. The German authorities have identified around half a dozen, but it is possible that there are more. Officials don't always notice the departure of aspiring German jihadists straight away.

In Berlin the DTM has had a support network. The wife of the Sauerland terrorist Fritz G. and a Berlin-based Islamist were recently charged with making financial donations and providing other support to the group. Officials say that middle men operate from Turkey, and there is also, possibly, an Austrian connection.

A number of recent arrests made in Vienna support this impression. Last Wednesday, four people were detained, including a 25-year-old identified as Thomas al-J., who was said to be part of the DTM. The Austrian daily Kronen Zeitung reported that he had trained on a flight simulator to practice flying a jet into the Reichstag, Germany's parliament building. This report has not been confirmed. News wires quoted sources at Germany's Federal Prosecutors Office saying they have seen no indications of "concrete preparations" for an attack in Germany.

An Austrian identified as Maqsood L. was detained in Berlin back in mid May, accused of supporting the DTM.

The pending court cases could illuminate how Vienna serves as a hub for the DTM. Meanwhile the DTM itself has not shed any light on the subject, with its flow of propaganda declining markedly in recent months. 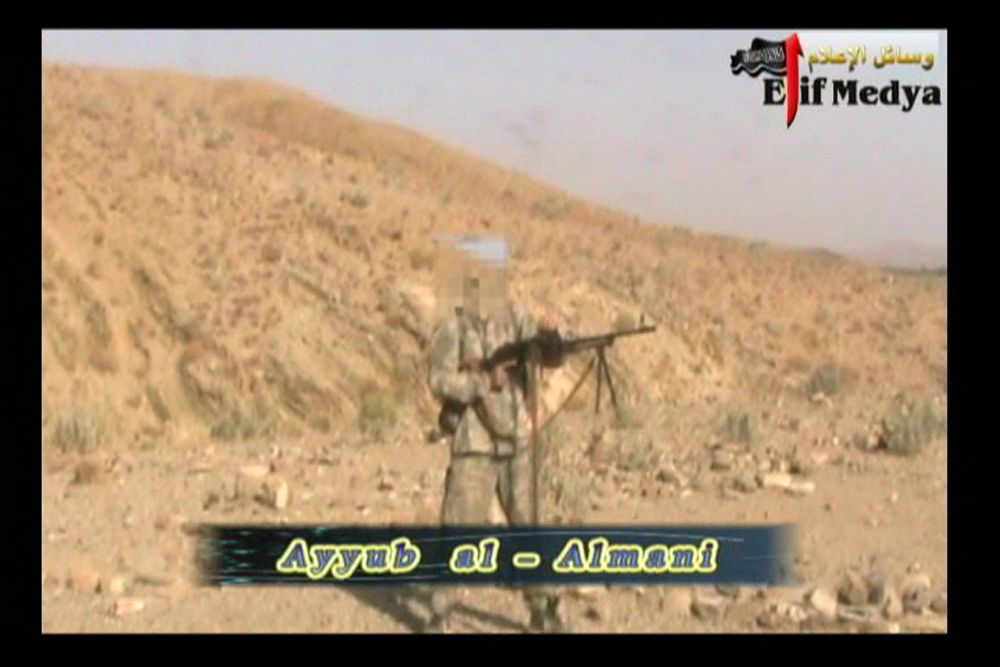 Locked up in Vienna, a 26-year-old alledged extremist from Berlin known as "Ayyub the German."