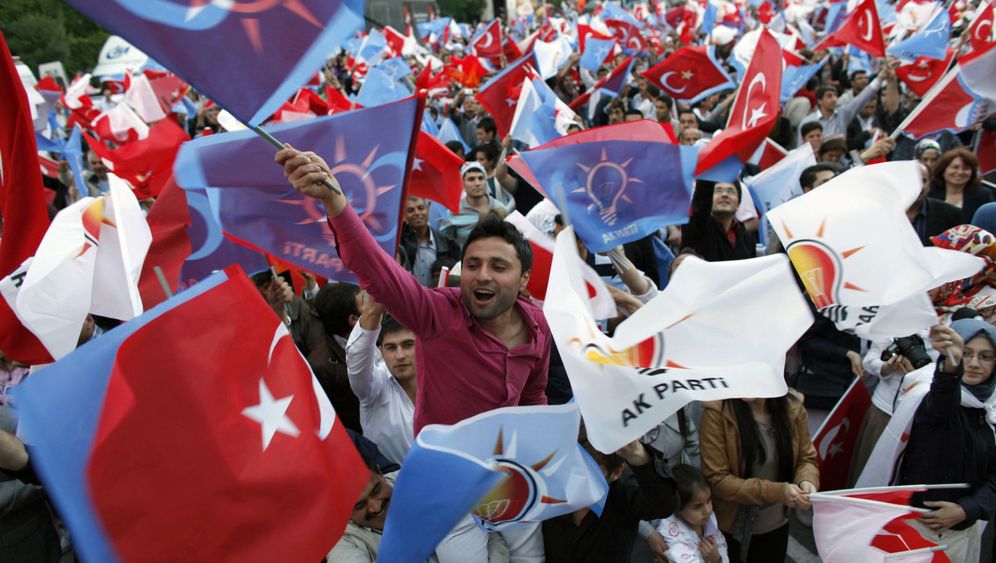 Winning an election with around 50 percent of the vote certainly sounds like an impressive result. But measured against the expectations that Recep Tayyip Erdogan had fueled in the runup to Sunday's parliamentary election in Turkey, the victory almost seems like a defeat.

During campaigning across the country, Erdogan had announced that his target was to obtain a two-thirds majority in the Turkish parliament, a total of 367 of the 550 seats. Instead, Erdogan's Justice and Development Party (AKP) won just 326 seats, slightly down from the 331 seats it had in the outgoing parliament. That is certainly a stable absolute majority, but it falls far short of the "super majority" that would have allowed the AKP to unilaterally change the Turkish constitution. Erdogan will now serve a third term as prime minister.

Erdogan's declared goal had been to launch a debate on a new constitution immediately after the elections. He wanted to convert Turkey's existing parliamentary system into a presidential system based on the French model, with himself as president.

Now the prime minister will be forced to cooperate with at least one of the other parties represented in parliament over his constitution plans. Indeed, it is unclear whether Erdogan will even tackle the issue of a new constitution, in light of the AKP's disappointing result.

'The People Gave Us a Message'

In addition to the AKP, other parties that will be represented in parliament include the center-left Republican People's Party (CHP) and the far-right, ultra-nationalist Nationalist Movement Party (MHP). There will also be 36 independent members of parliament who ran on behalf of the Kurdish Peace and Democracy Party (BDP) and who will now form a parliamentary group -- a significant gain over the 20 seats the Kurds had in the outgoing parliament. The BDP fielded independent candidates to get around the 10 percent hurdle for representation in Turkey's parliament. Turnout in the election was said to be over 84 percent.

The election was overshadowed by a bomb attack in Sirnak province in southeastern Turkey at around 11 p.m. local time on Sunday, which injured 11 people, six of them seriously. The victims had been celebrating the victory of Kurdish candidates. It was not clear who had carried out the attack.

Strong Showing by Kurds and Ultra-Nationalists

Erdogan's disappointing result is largely due to the strong showing by the Kurds and the ultra-right MHP. With their 36 seats, the Kurds will play an important role in any future constitutional debate, and the Kurdish question looks set to move to the top of the political agenda.

What was more crucial in determining the AKP's result, however, was the 13 percent of the vote won by the ultra-nationalist MHP. The party found itself in crisis ahead of the election amid a scandal involving anonymous sex videos that forced several senior party officials to resign. Polls taken in the run-up to the vote showed the MHP at close to the critical threshold of 10 percent. If the party had failed to get into parliament, the distribution of seats would have been different, and Erdogan would have obtained his 330 seats.

The center-left CHP under its new chairman Kemal Kilicdaroglu, on the other hand, failed to live up to expectations, gaining less than 26 percent of the vote. Many observers had expected the party to get around 30 percent, given its committed campaigning. Compared to nationwide local elections in January 2010, the CHP also lost support in several of its key strongholds. They lost the Mediterranean city of Antalya to the AKP and won only one major city, Izmir.

Although Kilicdaroglu made a good impression, he could not compete with the AKP's track record on the economy and Erdogan's popular foreign policy. The prime minister's self-assured appearances on the international stage, which both domestic and foreign critics had often slammed as megalomania, came across well with Turkish voters, including among people who were not AKP supporters. Erdogan won popularity through his assertive stance toward the West and his commitment to the Palestinian cause.

But the decisive factor in the AKP's victory was probably the sustained economic boom of the past nine years, for which the AKP and Erdogan have taken credit. Many voters appeared convinced by Erdogan's election promise to double per-capita income in Turkey once again in the coming years. 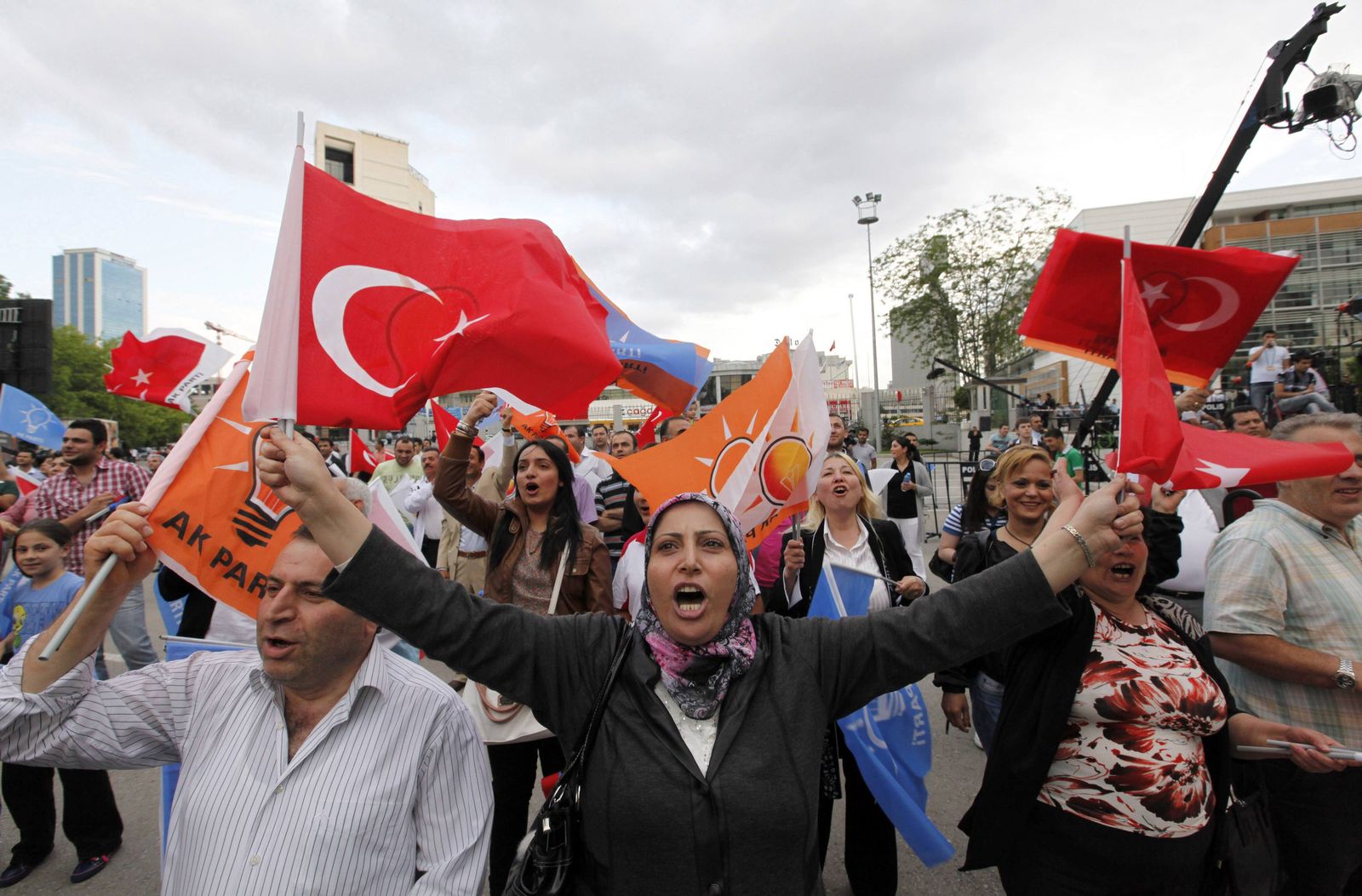 AKP supporters celebrate in Ankara. During campaigning across the country, Erdogan had announced that his target was to obtain a two-thirds majority in the Turkish parliament, a total of 367 of the 550 seats. Instead, the AKP won just 326 seats, slightly down from the 331 seats it had in the outgoing parliament.