Juncker's plan for creating "Euro-bonds" or "E-bonds" has met stiff resistance from Berlin and German Chancellor Angela Merkel. "Germany is thinking a little simply," he told the German newspaper Die Zeit, adding that his plan was "rejected" before it was even studied. He told the paper that the German government handled European business in an "un-European manner."

The German government was swift to respond. Merkel's spokesman Steffen Seibert said it didn't help anyone to characterize the other as "un-European." He said that Juncker's proposal was not new, and had been studied by the German officials.

The proposal would include developing a new "European Debt Agency" to issue the Euro-Bonds. The bonds would be jointly put on the market by euro-zone states and would have advantages for the less-solvent nations because of their lower interest rates. For countries like Germany, which has solid credit-worthiness, it could mean paying higher rates than what they pay now.

Juncker, who is the prime minister of Luxembourg, told the German weekly that his proposal would "by no means" involve a single interest rate, which has been criticized by Merkel, but instead would bundle part of the national debt on a European level and service it with Euro bonds. "The largest portion of the debt would be paid at national interest rates," he told the paper.

On Wednesday, yields on German government bonds, the 10-year German Bund, rose to over 3 percent for the first time in seven months. Analysts attributed the rise, at least in part, to jitters over policy differences within the EU. Euro zone finance ministers have been unable to come to agreement this week to stem the euro crisis, in advance of an EU Summit to be held next week.

In the past, Juncker has made comments wary of Germany's European economic policies. "That in Germany federal and local authorities are slowly losing sight of European public good, that does worry me," Juncker told the newspaper Rheinischer Merkur last month. 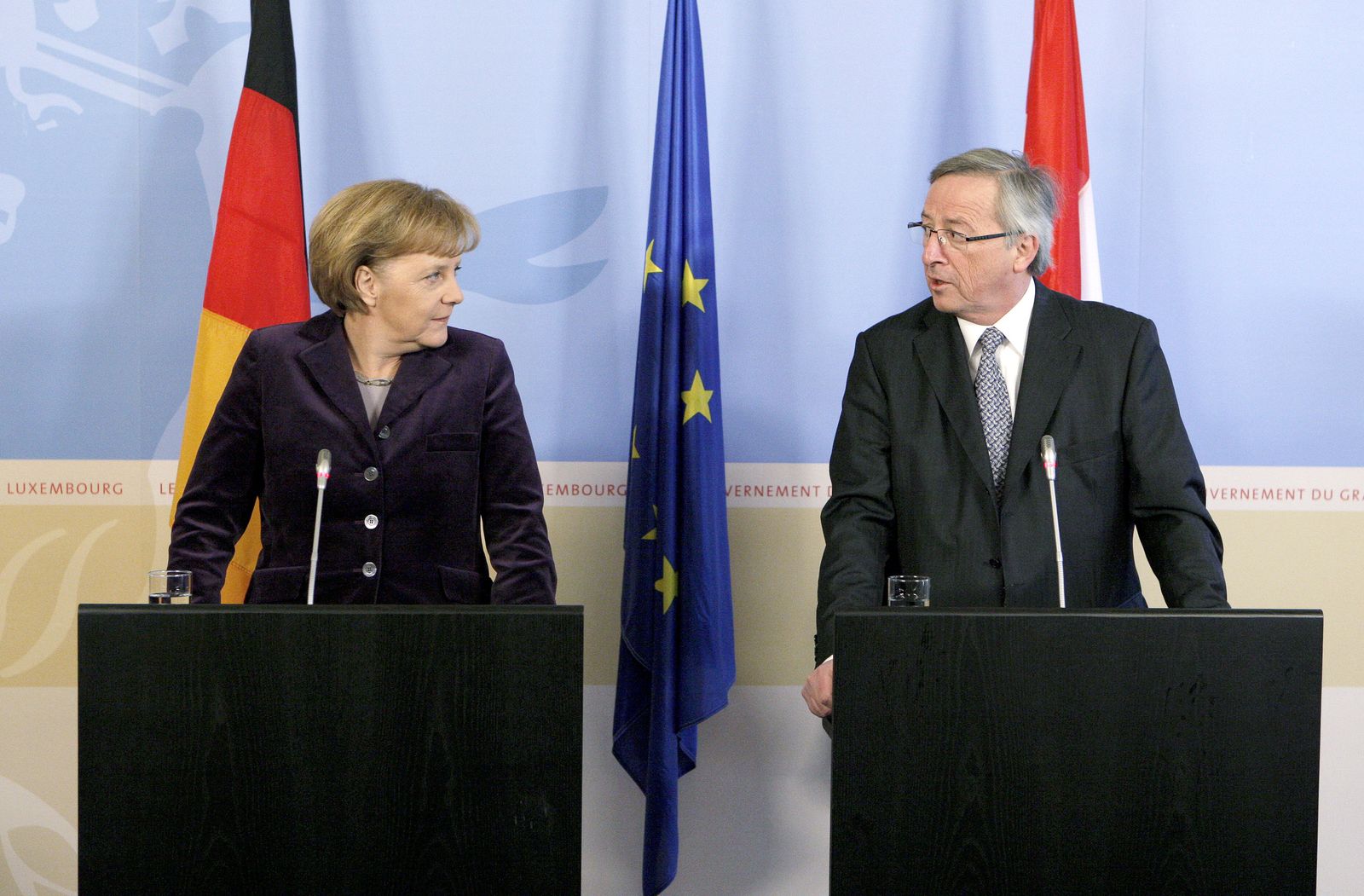