There is no end point to climate policy. No matter what it looks like, any program will only be an attempt to slow down climate change. Its passage will be followed by a period of observation to see whether the policy is effective and how society reacts. Then come the adjustments. And, likely, an additional program -- and another one after that.

The issue isn't going away, that much is certain. Humanity has perhaps never before faced such a huge task. Everyone is affected, as are almost all areas of life: work, free time, diet, transportation, vacation and, more broadly, our patterns of consumption. To ensure that the earth doesn't get dangerously warm, with potentially catastrophic consequences, a lot must change, particularly in areas crucial to our enjoyment of life. Higher costs and modified behavior cannot be avoided, even if new technologies might one day help solve the problem.

As such, an effective climate policy is unavoidable. And that presents real problems for democracies. It is the only form of government that is based on the idea of freedom and it requires the approval of a large majority if it is to survive. As urgent as the climate problem is, democracies can't just be guided by the effectiveness of measures at hand. The preservation of democratic principles must likewise be a key consideration no matter what actions are ultimately taken.

One of those principles is tolerance. The climate question has a similar potential to drive a wedge in society as refugee policy does. Here, too, it isn't difficult to establish a superficial division between good and evil. On the one hand, you have those who don't own a car, don't fly and don't eat meat. On the other are those who continue living as before, thus falling under suspicion of harming their neighbors and the world as a whole.

Moralizing doesn't get us anywhere. Even those who drive the biggest SUVs don't deserve to be ostracized or stigmatized. By the same token, it must be understood that criticism is not the same as censorship. All citizens are called upon to tolerate inconsistencies and discrepancies, including their own, and to continue engaging in dialogue with each other.

Doing anything else plays into the hands of the populists. Germany's far-right Alternative for Germany (AfD) is more than happy to welcome all those who don't see climate change as a problem and who feel stigmatized for their views. On the strength of such voters, the right-wing populists could dramatically increase their share of the electorate.

According to a survey conducted by the pollsters at IfD Allensbach, a majority of Germans have a positive view of the climate movement Fridays for Future. But there is also a majority that doesn't want to be forced to bear the costs of climate policy. Do something, but leave me alone: That is a rather challenging assignment for policymakers to fulfill, particularly on an issue in which everyone plays a role because everyone is responsible for CO2 emissions. There is no such thing as an effective climate policy that does not intrude on our everyday lives. An authoritarian state can simply issue a decree, but such a thing is more challenging for democracies because of their foundational values.

The rule of law is among the principles that democracies must defend. Given the magnitude of the climate problem, some might feel that strikes are an appropriate strategy. But it is a strategy that stands in contrast with our legal order and is thus ill-advised. Once this door is cracked, it will be pushed open wider and wider as the urgency of the problem grows. The ultimate consequence could be a climate dictatorship.

Furthermore, democracies cannot impose significant limitations on the freedoms of its citizens. Otherwise, it will lose one of its most important pillars. Politicians must reconcile the effectiveness of climate protection measures with freedom and fairness. But they cannot shy away from asking citizens to make sacrifices and to push through policies against opposition. That has always been a requirement in democracies, no matter what the issue. The key is to consistently communicate to voters why the policy is necessary.

When it comes to climate policy, success will only become apparent quite a long way down the road. Global warming won't come to a sudden stop just because Germany passes a package of climate protection measures. In the future, we will have to cope with frustration, bad news and the indecisiveness or unwillingness of other countries. But being a role model matters -- or at least not hiding behind the inactivity of others.

For all of these reasons, the next years and decades will be immensely challenging. But other existential issues have long since taught democracies how to deal with perpetual contradiction -- such as the one between freedom and security. Now, that has been joined by the contradiction between freedom and the efficacy of climate policy. And once again, we have to find the correct balance. 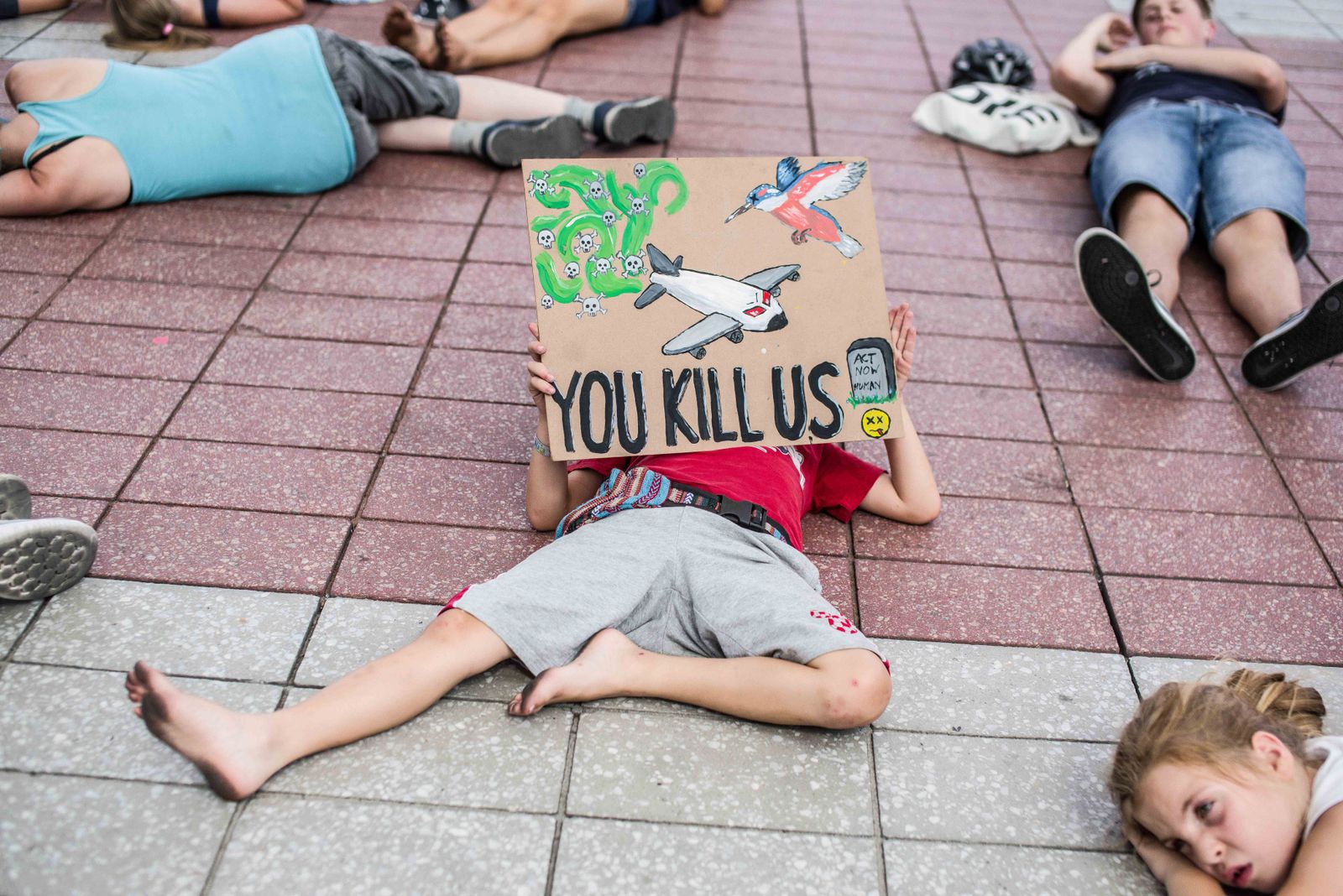 Protesters in Munich in July