As British newspapers go, the Daily Mail is a bit like Marmite. People either love it or hate it.

At least 1.5 million people love it enough to buy it every day, making it second only to the Sun in the list of top selling newspapers. It is popular in small towns and private gyms, in waiting rooms at the dentist. You'll find it on the front-seat of SUVs driven by full-time moms, and in the front rooms of the white middle-aged middle class who take it with instant coffee and probably a biscuit. Unlike most British newspapers (including my own), it is profitable.

But among the metropolitan elite it is loathed with a fury. Because of the division it sows, the xenophobia it peddles (there are virtually never black faces in its pages, unless they are criminals or sports stars) the boundaries it pushes, the causes it espouses: Immigration is evil, social welfare is evil, working women are evil, Europe is evil, aid is evil, the BBC is evil ...

Now, Wikipedia has made up its mind. Editors at the online encyclopedia have decided that the newspaper has become so unreliable that it should not be used as a reference.

"The Daily Mail should not be used for determining notability, nor should it be used as a source in articles," a Wikipedia editor wrote. "An edit filter should be put in place, going forward to warn editors attempting to use the Daily Mail as a reference."

'A No Confidence Vote'

The move is a startling vote of no confidence in a title that was founded in 1896. No major British newspaper has been thus censured. Mail editors are unlikely to be unduly worried. Wikipedia is hardly a source of huge traffic. The publication has long since signalled its disdain for the site with articles digging up Wikipedia's mistakes.

But the charge of being "unreliable" comes at a delicate time in the news business, where the "fake news" slur has been applied to far less illustrious titles than the Daily Mail, such as rogue websites created by teenagers in Macedonia.

The truth is that the Daily Mail, like a lot of British newspapers, pushes the boundaries all the time, but does so in a way that both infuriates and sells papers. (It should be noted that Mail Online is a sister operation that publishes Daily Mail stories, but also a lot of its own salacious material, some of which is far more spurious than the paper edition's content).

A scan of recent editions throws up the following Daily Mail favorites. "Queue here for UK's £1bn foreign aid cashpoint!" it thundered in January, wilfully mischaracterising an Ethiopian project to improve life and prospects for girls.

"Health tourism chaos draining the NHS" it fumed days later, portraying immigrants as sponging off the state, clogging up busy hospitals. (Data shows differently: that immigrants pay more tax than they take out in benefits, that health services are overwhelmed because of government austerity and an ageing population, not because of the arrival of mostly young refugees.)

It is renowned for science scare stories, big headlines booming about unproven research. "Dementia risk rises if you live near a busy road," it intoned recently, taking nuanced science and turning it into terrifying nonsense.

But the bigger concern about the Mail is how politically powerful it has become. Its ability to shape opinion in so-called "Middle England" makes it the paper that British prime ministers are most worried about.

Brexit and the Daily Mail

Its influence in the Brexit debate was critical, as it blithely threw about falsehoods such as the £350 million that Britain would supposedly claw back from the EU for healthcare if it retreated from Brussels, or the huge influx of Turks that would arrive in the UK if Britain stayed in the EU.

On June 24, its apoplectic fury won the day. "Take a Bow, Britain," the Mail enthused, after the Brexit vote was announced. "It was the day when the quiet people of Britain rose up against an arrogant, out-of-touch political class and a contemptuous Brussels elite."

Since then, if anything, the newspaper has become more shrill, chillingly so when the judiciary ruled that parliament should have a say on Brexit.

"Enemies of the People," the Mail declared, digging up details of the judges' private lives and questioning their right to defy the "will" of 17.4 million voters, without seeming to understand the vital role the judiciary plays in the separation of powers in a democracy.

Perhaps the most worrying thing about the Mail is the way it radicalizes rather ordinary, stoical, fair-minded Brits. When people close to me started to read the paper, it was noticeable how angry they became about immigration, even though there is scarcely an immigrant anywhere near where they live; how often they referred to supposed EU idiocy when the truth was much more nuanced. How negative they quickly became about life in Britain and the people who live here.

The Mail remains Britain's most influential newspaper. A black mark from Wikipedia will not change that.

Mark Rice-Oxley is head of special projects for The Guardian. 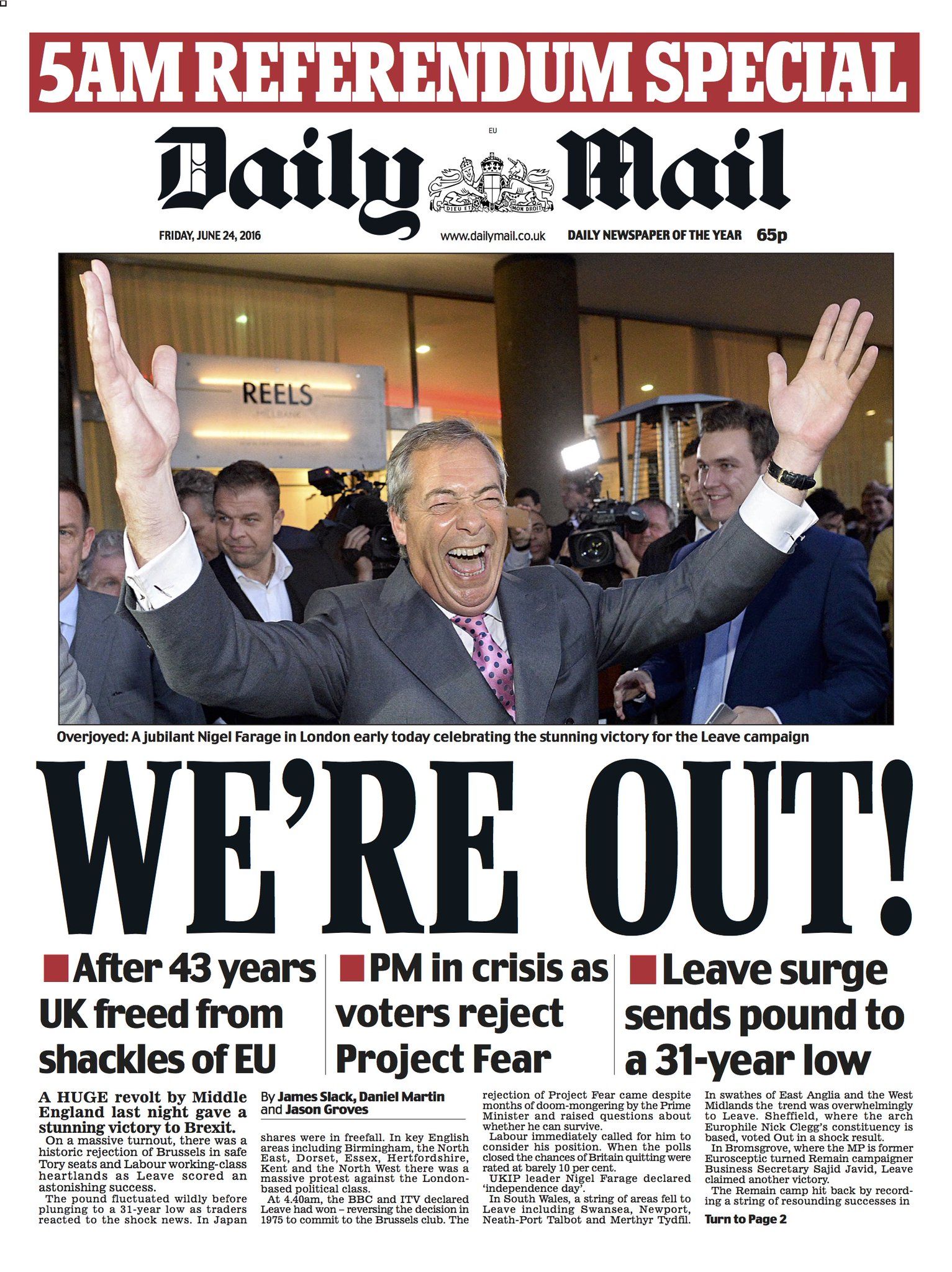 The Daily Mail's front page on the day after Brexit 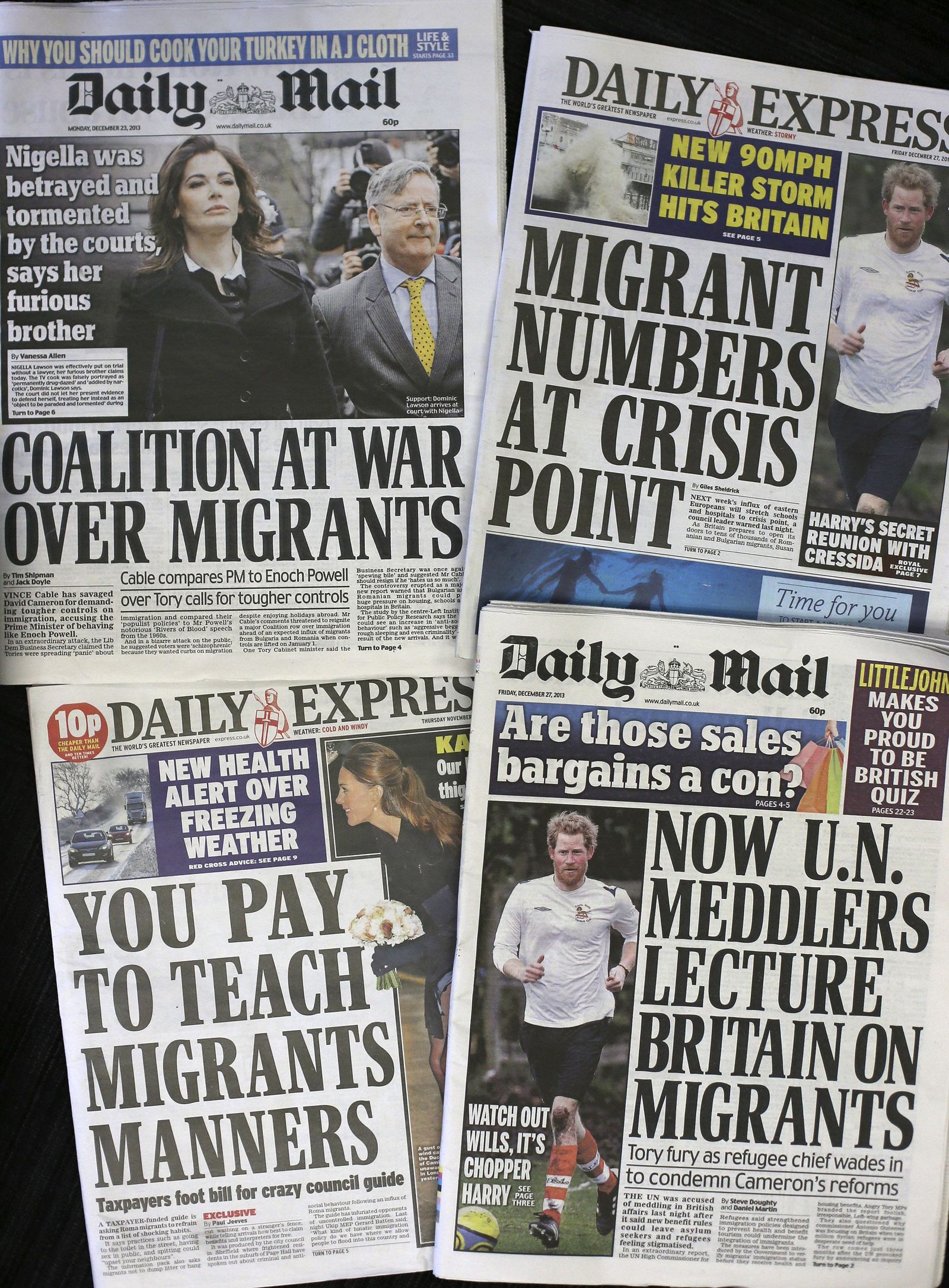 Migrants are frequent targets of the Daily Mail. 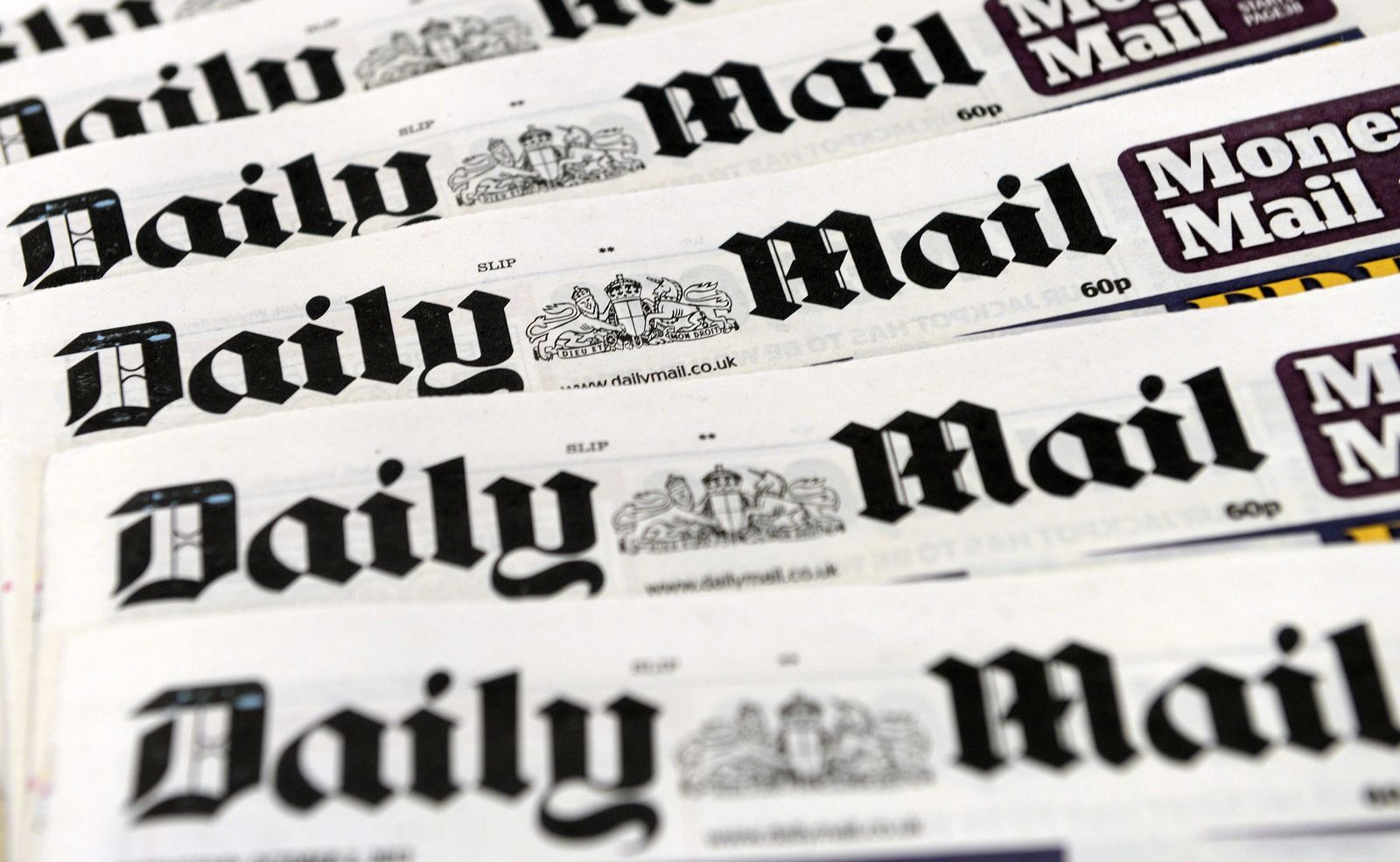 The Daily Mail displayed at a newsstand,