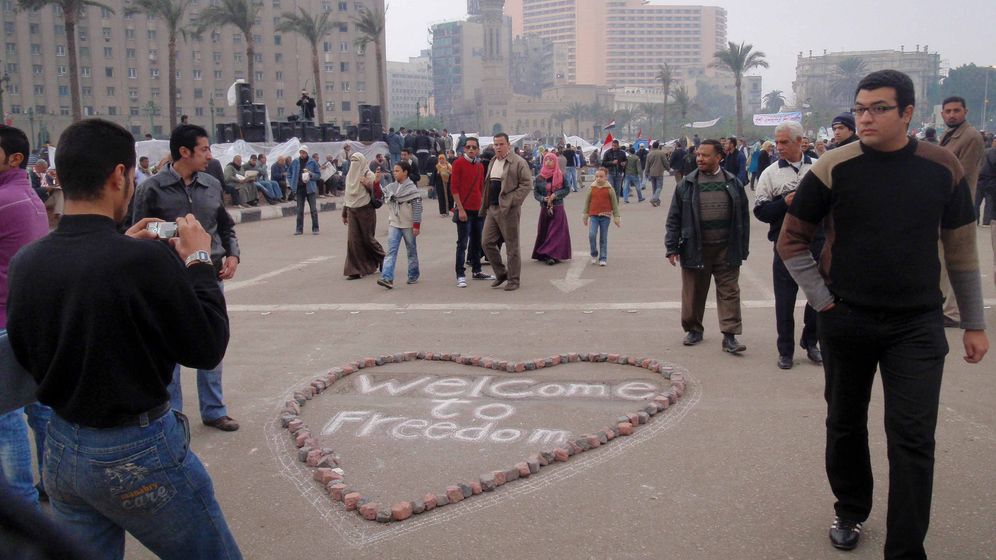 SPIEGEL ONLINE: People across the Arab world have been risking their lives in recent weeks by taking to the streets in an effort to topple dictators who have held on to power for decades. Europe, however, is merely standing by. Is it out of cowardice or calculation?

Asselborn: That impression is wrong. We're not looking away. We welcome the developments there. It is incredibly important. It is a great opportunity for the people in these countries and far beyond.

SPIEGEL ONLINE: Europe is being rather quiet about its enthusiasm.

Asselborn: It may be that our response has been too muted. But who would it help were we to barge in and demand: "He must go!" The Europeans must perform a difficult balancing act: We must listen to the outcry of the people and at the same time respect the principal of autonomous self-determination in these countries. That may look cowardly at times, I admit. But serious politics isn't a show to provide momentary satisfaction for domestic audiences. We must keep the doors open, if we for example want to accompany Egypt on a process that will lead to free elections, which includes the right to vote for every man and every woman.

SPIEGEL ONLINE: Do you want to hold the door open for Egyptian President Hosni Mubarak and accompany him on the path to free and fair elections?

Asselborn: This is no longer about Mubarak. No European government leader -- apart from Italian Prime Minister Silvio Berlusconi -- has thrown support behind Mubarak. This is about what happens afterwards. How can we help make sure that the young, fragile civil society in Egypt doesn't disintegrate? If the whole regime collapses overnight, it could lead to a very explosive situation -- with unforeseeable consequences for the Egyptian people and for us. That is why we must accompany the democratic process and, if necessary, provide logistical and economic assistance. This is about the people, not about the regime.

SPIEGEL ONLINE: Isn't the sudden European focus on Egyptian society -- and of Tunisia and many others -- not a bit belated, particularly given that the European Union proudly refers to itself as a "community of values?"

Asselborn: Unfortunately, democracies make up a minority of the 193 members of the United Nations. That isn't meant as an excuse, but as an explanation for why we Europeans constantly work with states that don't necessarily reflect our values. We had to cooperate with the so-called "moderate" Arab states, for example, in order to prevent the worst, renewed fighting, in the Israel-Palestine conflict. Without Egypt, without Mubarak, even the attempt at a settlement would not have been feasible.

SPIEGEL ONLINE: Mr. Asselborn, you are foreign minister and a Social Democrat. What lessons to you draw from the current events? What should and could Europe's governments do differently in the future?

Asselborn: We concentrated too much on strategic cooperation with Egypt and neglected what was happening inside these countries. We must take blame for that. We wanted stability -- and that is something, namely: no war, no civil war. But that became paralysis, with decades of undemocratic rule without any respect for fundamental human rights. We didn't see that…

SPIEGEL ONLINE: Or we didn't want to see it?

Asselborn: Or we didn't want to see it so precisely. That may be. We focused too much on the rulers and not on the people who had to live and often suffer under them. We have to do things better in future. But that isn't as easy to do as critics make it sound. How can one strengthen civil society and support reform movements in authoritarian states if the ruling regime doesn't permit it? We're trying to do this is several countries, for example in Belarus.

And, one must also ask how many economic disadvantages are people in EU countries prepared to tolerate if we do less business or no business with tyrants? China, India, Brazil, Russia and other global competitors don't attach much value to their trading partners' relationship with democracy. And some new economic superpowers don't have good human rights records either. Are we supposed to slam the doors shut and say "we're not talking to you or trading with you!"?