Officially, the statement released by Brussels last week on the European Union's amended sanctions against Syria referred merely to supplying rebel fighters with "non-lethal military equipment" and "technical assistance for the protection of civilians."

But internal discussions indicate that this assistance also includes weapons training for opposition troops in their ongoing conflict with soldiers loyal to Syrian President Bashar Assad. Brussels believes that Britain and possibly also France will deploy military consultants. Sources within the German government said that Berlin has no plans to send experts.

Europe isn't alone in recognizing that Syrian rebels need increased external assistance. The US too recently announced it would begin supplying non-lethal supplies to opposition forces for the first time.

Ultimately, the support might not end there. While the West has thus far refused to supply arms to rebel fighters in Syria, British Foreign Secretary William Hague said on Sunday that Britain did not rule out providing arms to Syrian rebels in the future, although a new aid package set to be announced this week will consist only of non-lethal assistance.

In Germany, too, there are influential voices calling for an end to the Western reticence regarding the sending of weapons to the Syrian opposition. Wolfgang Ischinger, chairman of the Munich Security Conference, has spoken out in favor of arming the rebels.

"The bitter lesson of the Bosnian war is that the policy of not delivering weapons to either side neither curbs nor curtails the conflict," he told SPIEGEL. "It is high time that Germany and its partners discuss supporting Syrian rebels with equipment up to and including weapons."

Ischinger cited the need to protect the Syrian population as well as the strategic interests of Germany and the West. "All we have done so far is lay a foundation for ensuring that we have no friends in post-Assad Syria," he said. He also dismissed fears that arms could end up in the wrong hands. "If the West supplies arms itself, it has more chance of influencing how they are used."

Over 70,000 people -- most of them civilians -- have been killed in the Syrian civil war so far, as brutal combat continues in urban areas. Hundreds of thousands have fled across borders to neighboring countries with an even greater number having sought shelter within Syria. The EU has so far offered some €200 million in humanitarian relief.

In Rome last week, Syrian National Coalition President Moaz Alkhatib called on the EU and US secretary of state John Kerry, currently on his first foreign tour, to release weapons to help the rebels fight the regime.

Meanwhile, in an interview with the British Sunday Times, Assad lashed out at the West for helping his opponents in the civil war, in a rebuke to Kerry's announcement that the US would be providing medical supplies and other non-lethal aid directly to the rebels, in addition to $60 million in assistance.

He is ready for dialogue with armed rebels and militants, he said, but only if they surrender their weapons. 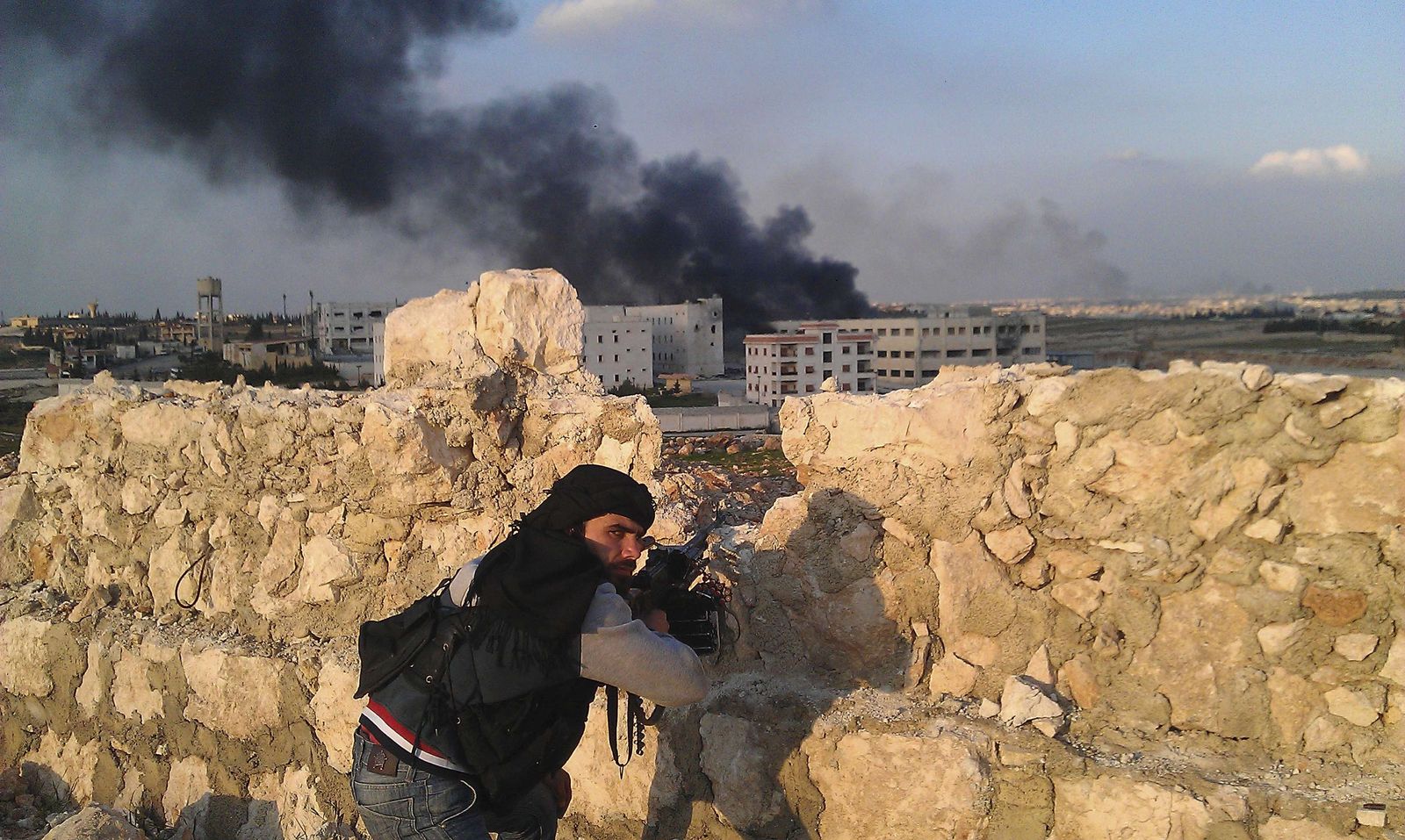 A Free Syrian Army fighter: Rebels are demanding more support from the West.