At least the European Union's new diplomatic service has a name: The European External Action Service. Beyond that, however, just what the service might look like remains a matter of conjecture. There is no clear leadership framework, nor is there a budget. Nevertheless, the service has become the subject of intense debate in capital cities throughout the 27-member bloc.

Diplomats from Germany and France are displeased with the personnel preferences being shown by EU High Representative for Foreign Affairs and Security Policy Catherine Ashton, according to an article in the Guardian. Citing anonymous sources, the paper says there is concern that four of the 12 positions in her Brussels office have been given to Britons and that several important jobs in the new EU diplomatic service have gone to UK diplomats.

Ashton has occupied her new position, created when the Lisbon Treaty entered into force last December, for three months. More time will pass before she submits her official proposal for how the EU's new foreign policy apparatus should look. Ultimately, it will likely include some 130 European Union ambassadors and 7,000 diplomats -- and discussions on how those positions might be divvied up are underway among Europe's 27 foreign ministers. Already, though, the first governments are sounding the alarm.

"Excessive GB participation is evident," reads a document the Guardian has obtained from the German Foreign Ministry. "Over-proportionate GB influence on the establishment and staffing is to be avoided."

The German Foreign Ministry on Monday declined to confirm the existence of the paper cited by the Guardian. Still, the shot over Brussels' bow is certainly in the interest of Berlin. Officially, of course, Berlin "very intensively" supports Ashton in her efforts to put together the EU's diplomatic service. "But it is also true," a spokesman for Westerwelle said on Monday, "that if it is to work properly, officials must be representative of the EU member states according to geographic proportion."

Berlin's position comes out of the realization that Ashton, who has been widely underestimated, remains interested in securing an influence for Britain. And Berlin is determined not to end up with the short straw in the divvying up of posts.

"When it comes to such nomination processes, there is always concern about being adequately represented," said Thomas Klau, head of the Paris office of the European Council on Foreign Relations. The establishment of the EU's diplomatic representation, he said, generates particularly intense debate due to the questions of prestige involved.

France and Great Britain, in particular, are anxious to take a leading role in EU foreign relations because of their strong traditions in the realm of diplomacy. The fact that both are atomic powers and both are permanent members of the United Nations Security Council results in a "notable self confidence," Klau said. But Berlin is also paying close attention to Ashton's moves in its efforts to ensure that there are sufficient German candidates for the myriad new posts.

There are some two dozen important positions to be filled. In addition to important advisor positions in Ashton's office, a kind of foreign policy cabinet, there are also a number of important ambassador postings abroad.

Already, Ashton has been heavily criticized for naming Joao de Almeida as EU ambassador in Washington because she didn't clear the appointment with EU member states. Still, the criticism is somewhat misplaced. After all, it was European Commission President Jose Manuel Barroso who wanted Almeida in Washington. Almeida was Barroso's cabinet head and sherpa at international talks.

But Ashton is likely to play the role of lightning conductor for the foreseeable future. "At the moment the whole process is being closely scrutinized," says Klau. She will find it impossible to please everyone in her dealings with 27 EU foreign ministers.

According to initial plans, Ashton, 53, is demanding more staff and more powers for her service. At present some 5,000 staff work in the 130 EU representative offices around the world. This number is to be increased to 7,000. Ashton wants the service to be autonomous and have authority over its own budget. She also wants to install a general secretary to take over some of her diary appointments.

Such an appointment would prevent a repeat of last week's controversy when Ashton was criticized for not attending a conference of EU defense ministers on the Spanish island of Mallorca because she was at the formal swearing in of Ukraine's new president, Viktor Yanukovich. Several defense ministers publicly criticized Ashton for her non-attendance.

Further criticism is inevitable. Skeptics say the EU's new diplomatic service is doomed to failure. The experiment will end in disappointment, the Europe columnist of Britain's Economist magazine wrote in his Charlemagne blog. Even the upgraded service won't be able to achieve any more than the EU Commission has in its diplomatic efforts to date, the columnist added, because it doesn't enjoy confidence: every member state will continue to put its interests first and even go as far as undermining the common EU interest, if necessary. 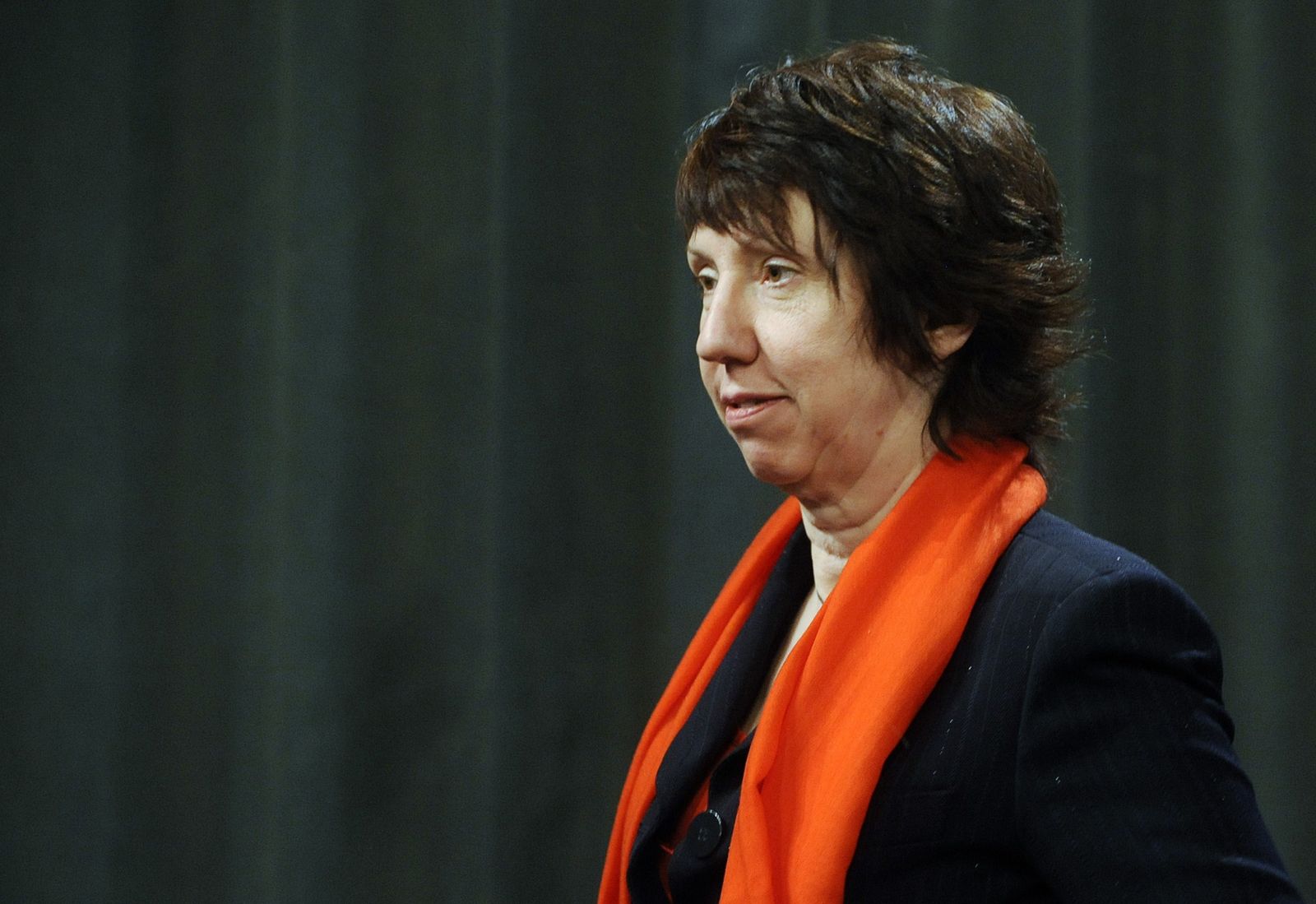 Berlin is concerned the EU foreign policy chief Catherine Ashton may be granting Britain too much influence over the bloc's new diplomatic service.