It is astonishing how quickly a growth pact can grow. When French President François Hollande recently sent his European counterparts a paper entitled "European Growth Pact," he outlined investments worth €120 billion ($150 billion) aimed at stimulating the EU economy.

But by the time Hollande met with German Chancellor Angela Merkel, Italian Prime Minister Mario Monti and Spanish Prime Minister Mariano Rajoy in Rome last Friday, the sum had already climbed to €130 billion. The reason? The sum of €130 billion is equivalent to 1 percent of the EU's economic output. It simply sounds better.

The growth pact is now set to be agreed to at the European Union summit scheduled for Thursday and Friday. Its supporters, the French Socialist Hollande first among them, argue that the pact is an urgently needed corrective to the EU-wide austerity programs that have been put in place in recent years. According to a draft summit statement, member states pledge to invest in "future oriented areas" and to ease companies' access to credit.

Yet summit participants know themselves that the resolution is little more than a bit of window dressing for voters and financial markets. The pact contains nothing new, according to an internal analysis undertaken by one member state. It is only being agreed to, the analysis continues, so that the new French president can save face. During his presidential campaign, Hollande demanded efforts to stimulate the economy.

"It is all just old wine in new bottles," agrees Daniel Gros, director of the Centre for European Policy Studies, a Brussels-based think tank. "Politicians just want to show that they are taking the desires of the electorate seriously." But, he adds, the effect on the economy will be virtually nil.

The growth pact is made up of three elements:

For the most part, then, the growth pact is the product of accounting tricks. It has little to do with the kind of economic stimulus package being demanded by traders in New York and London.

That is largely the result of the pact being primarily politically rather than economically motivated. Hollande promised his voters to complement the fiscal pact with a growth component, and his European counterparts are allowing him this mini-triumph -- in part because they themselves also hope to benefit from the rhetoric about growth. After all, austerity is unpopular across Europe. In contrast to the fiscal pact, for which 25 of 27 EU member states pledged last March to introduce legally anchored debt limits, the growth pact is not a legally binding treaty. Rather, it is just a resolution made by the 27 EU heads of state and government. It will be an appendix to the summit statement.

Officially, of course, EU rhetoric would suggest that Hollande's "growth pact" is on par with Merkel's "fiscal pact." History, though, will likely show that not to be the case. In 1997, during negotiations over the Treaty of Amsterdam, Chancellor Helmut Kohl insisted on a stability pact for the soon-to-be-introduced euro. That part of the deal is well remembered.

In return for his agreement, however, the freshly elected French Prime Minister Lionel Jospin, a Socialist like Hollande, received a pact aimed at creating jobs and growth. The verdict of the German weekly Die Zeit at the time is telling: "That is nothing new. EU summits have promised similar packages … dozens of times over the years."

And this year once again. 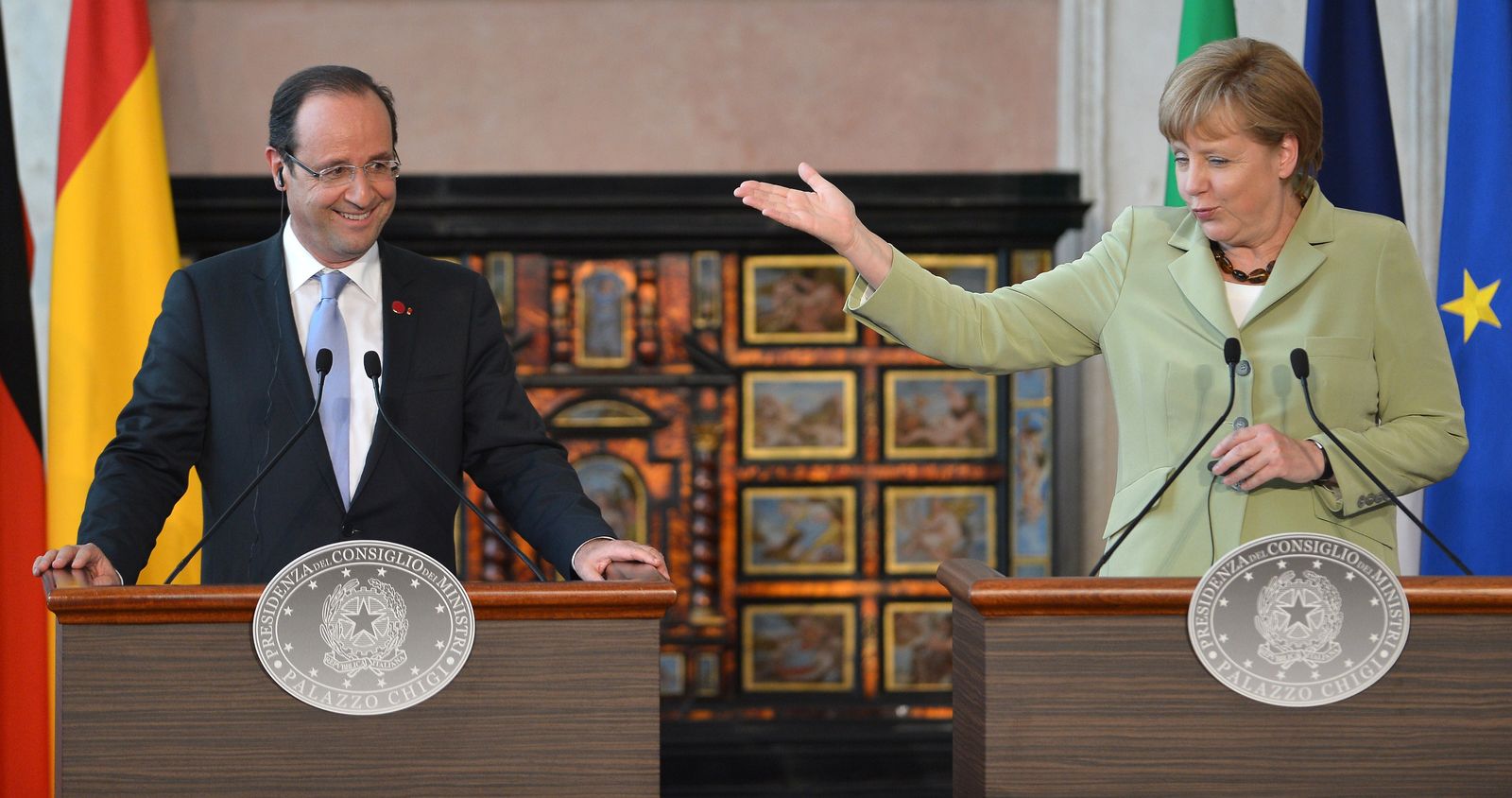 Since becoming French president, François Hollande has countered Merkel on her efforts to save the euro.