He could have left his winter coat at home, says Horst Reichenbach as he hurries along the palm-lined paths of the National Garden. Even now, in the middle of December, there is hardly a cloud in the sky over Athens. He has no complaints about the weather, at least.

Reichenbach, 66, is the head of the European Commission Task Force for Greece, a group of financial and administrative experts assembled in the summer to help debt-ridden Greeks "do their homework," as he says.

It is his third visit to the Greek capital. A white VW van chauffeurs him and his delegation through Athens, from the Agriculture Ministry to the Finance Ministry, and from the Interior Ministry to the Transportation Ministry -- from one brightly lit Christmas tree to the next.

"It's wonderful that you're here," says the agriculture minister.

"We're happy that you've come," the interior minister calls out.

Reichenbach, tall, slim and always dressed in a dark suit, is friendly but not jovial in his dealings with the Greeks. He is not one for exuberant gestures. He is a civil servant, not a politician. Portraits and flags are always proudly displayed behind the Greek ministers at whose enormous tables he sits, while Reichenbach has a thick, blue cardboard folder in front of him.

It contains important documents, perhaps even the sobering study on Greece that the Organization for Economic Co-operation and Development (OECD) released last week. Oddly enough, the analysis came in response to an initiative by the Greeks, who approached OECD officials in Paris in 2008 to ask for help. Reichenbach reviewed the report before its publication. OECD officials say that the analyses are congruent on both sides, and that the Greek minister of public administration described the report's summary as "tough but fair."

This is surprising, given that the study finds that the Greek administration "does not have the habit of keeping records or the ability to extract information from data (where available), nor generally of managing organizational knowledge." The OECD's suggestion for correcting these problems is to institute "a Big-Bang reform in the entire government apparatus."

Reichenbach puts it in his words, politely and without using the term Big Bang. "The efficiency of the Greek administration is not such that it would be possible to eliminate jobs," he says.

The International Monetary Fund (IMF) published its most recent report on Greece on Tuesday. Its findings are also devastating. According to the report, the implementation of reforms is taking far too long, government spending is still much too high and revenues are too low. The administration had planned to collect €5 billion ($6.5 billion) by the end of the year through privatization alone. Instead, it managed to collect only €1.8 billion.

Reichenbach's experts, 30 in Brussels and 15 in Athens, are trying to help the Greeks economize and reform. They organize computer-training classes for Greek government employees, but they are also supposed to be creating a more favorable climate for investment. The Federation of German Industries gave Reichenbach a list of conditions that would have to be met to satisfy German investors. It contains proposed improvements in industries ranging from shipping to solar energy.

"The initial situation is so bad that it can only improve," says Reichenbach over a cup of tea, for which he always makes a special request, because most people here drink coffee. His comment isn't meant to be cynical. His team began its work in September and has since deployed experts from half of Europe to attend to Greek patients. Dutch team members are helping to develop a land registry for the country, while the French are working on healthcare reform. Beginning in January, German experts will start developing a functioning system of municipal administrations.

Reichenbach's job is a balancing act. He has to intervene to provide foreign expertise, and yet he is supposed to stay out of political matters.

"It just happens to be the approach I have to take," says Reichenbach. The Greek press has dubbed him the "German Premier" -- one of the friendlier terms used. Reichenbach admits that he underestimated how difficult being German would make his work.

Salaries have declined by 14 percent this year, and even by around 30 percent in some areas. The Greeks have made great sacrifices. Reichenbach is aware of the paradox: Two-thirds of Greeks want to keep the euro, while almost exactly as many are opposed to the harsh austerity requirements. They don't want to play along, and they don't want to "deliver," as the troika expects them to.

Is there still hope?

He is experiencing a "different sort of determination among the Greeks" to tackle things, says Reichenbach, a determination he did not sense the last time he was in Athens.

But could it already be too late for that?

"I think," Reichenbach says slowly, revealing the diplomatic polish he has acquired in his three decades of service in the EU, "that with all the things we have done so far, we are doing our best to make sure that this will not be the case." 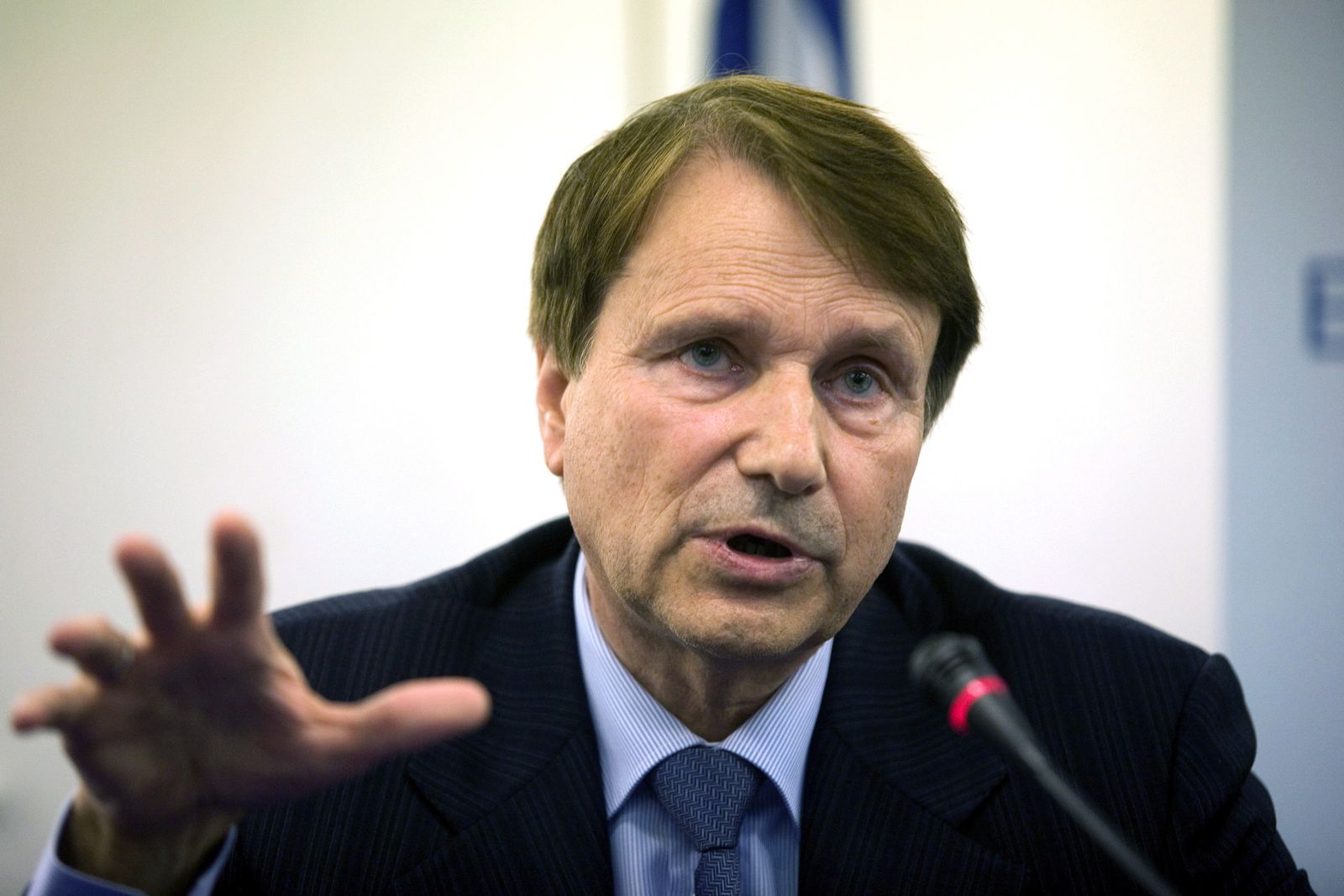