SPIEGEL ONLINE: Mr. Weidenfeld, Angela Merkel seems to have gotten her way: The European Union countries will only help Greece in the direst of circumstances. Does Germany now have its own Iron Chancellor?

Weidenfeld: That is the wrong impression. Merkel pursued an international solution for the stabilization of Greece. That has nothing to do with a hard-line policy based on national interest.

SPIEGEL ONLINE: How would you describe the situation then? Merkel dictated her conditions to her European partners. She has been widely criticized for her uncompromising stance.

Weidenfeld: I think that is a faulty interpretation. Merkel, unfortunately, is allowing this to happen. Her ability to explain herself is anything but optimal, and she has major weaknesses in communicating her policies. Perhaps she inadvertently gets a few votes in Germany that way, but her role in this is a European one. Together with others, Angela Merkel has developed a rescue strategy for Greece. One should make that clear.

SPIEGEL ONLINE: The opposition accuses her of breaking with the more balanced European policies of her predecessors.

Weidenfeld: That is nonsense. There have always been internal struggles -- ever since the days of (former German Chancellor) Konrad Adenauer and (former French President) Charles de Gaulle. When the other European nations didn't want to follow their security policies, they opted for a bilateral, German-French treaty. And when (former German Chancellor) Helmut Schmidt and (former French President) Valery Giscard d'Estaing initiated a common European currency system, they didn't wait for the other nations to start celebrating. On numerous occasions, Helmut Kohl convinced his friend Francois Mitterrand to sell German ideas as French initiatives, because that seemed more promising.

SPIEGEL ONLINE: But this time, Merkel stood alone from the beginning ...

Weidenfeld: ... and then she convinced the French. These tension-generating attempts at solving conflicts are part of everyday business in Europe. It is part of the game. I mean, we are not exactly facing a history-making split in European relations.

SPIEGEL ONLINE: The head of the German government is threatening another country with expulsion from the euro zone as a last resort. Isn't that a whole new level of confrontation?

Weidenfeld: No, because this isn't just about the Germans. Everybody shares the ultimate goal of stability in the euro zone. Merkel wants to secure it. Sometimes comments like this, when it comes to expulsion from the euro zone, are necessary. In such difficult situations, a political framework allowing for disciplinary measures is needed -- both at the European and international levels. Without them, we couldn't get a handle on the Greek crisis. If you left the Greeks to their own devices, they would be hopelessly overwhelmed. Athens needs to be pressured, and Merkel is contributing to that.

SPIEGEL ONLINE: Do you really think that what Merkel is doing fits with the image that the Germans have been cultivating in Europe over the past 60 years?

Weidenfeld: Let me repeat: This is not a rejection of Germany's traditional European policies. Instead, this is about ensuring that no other nations follow Greece's lead. To ensure this, we need to put a lot of pressure on that country. If Ireland, Italy, Spain or Portugal were to follow Greece's lead, then that would constitute a real and serious European problem. Merkel wants to prevent that.

SPIEGEL ONLINE: Some in Europe see this differently. European Commission Vice President Viviane Reding has already called for a show of greater financial solidarity with Greece, and has demanded that the German chancellor show more courage.

Weidenfeld: Such demands show that Merkel has not explained herself properly. If it looks like national obstinacy, then it represents a breakdown in communications. The central message should be: We will ensure the euro's stability and we will construct a framework that will ensure Greece's security in the future. I call that European solidarity.

SPIEGEL ONLINE: The smaller European states in particular seem to feel that former German Chancellor Helmut Kohl understood them better than Merkel does.

Weidenfeld: That could be -- but it's just a feeling. The facts do not support it. Merkel must finally fight against this false impression. After all, who was her greatest teacher when it came to Western politics? Helmut Kohl! She learned everything while working in Kohl's slipstream. Which is why, when you consider Merkel, you can also always think: What would Kohl have done?

SPIEGEL ONLINE: And what would Kohl have done?

Weidenfeld: Kohl would have done exactly the same thing. He too would not have avoid confronting Europe. But he did not have the same inability to explain his policies that is apparent in all areas of Merkel's administration. Her team reacts frantically and on a situation-by-situation basis.

SPIEGEL ONLINE: And in Athens in the meantime, they are burning the flags of Europe.

Weidenfeld: Clearly that is not a good thing. But in this you can also see the meaningful role that Europe now plays. On one hand some fanatics are incinerating the European flags. On the other hand, others know that only a successful European community can rescue them. 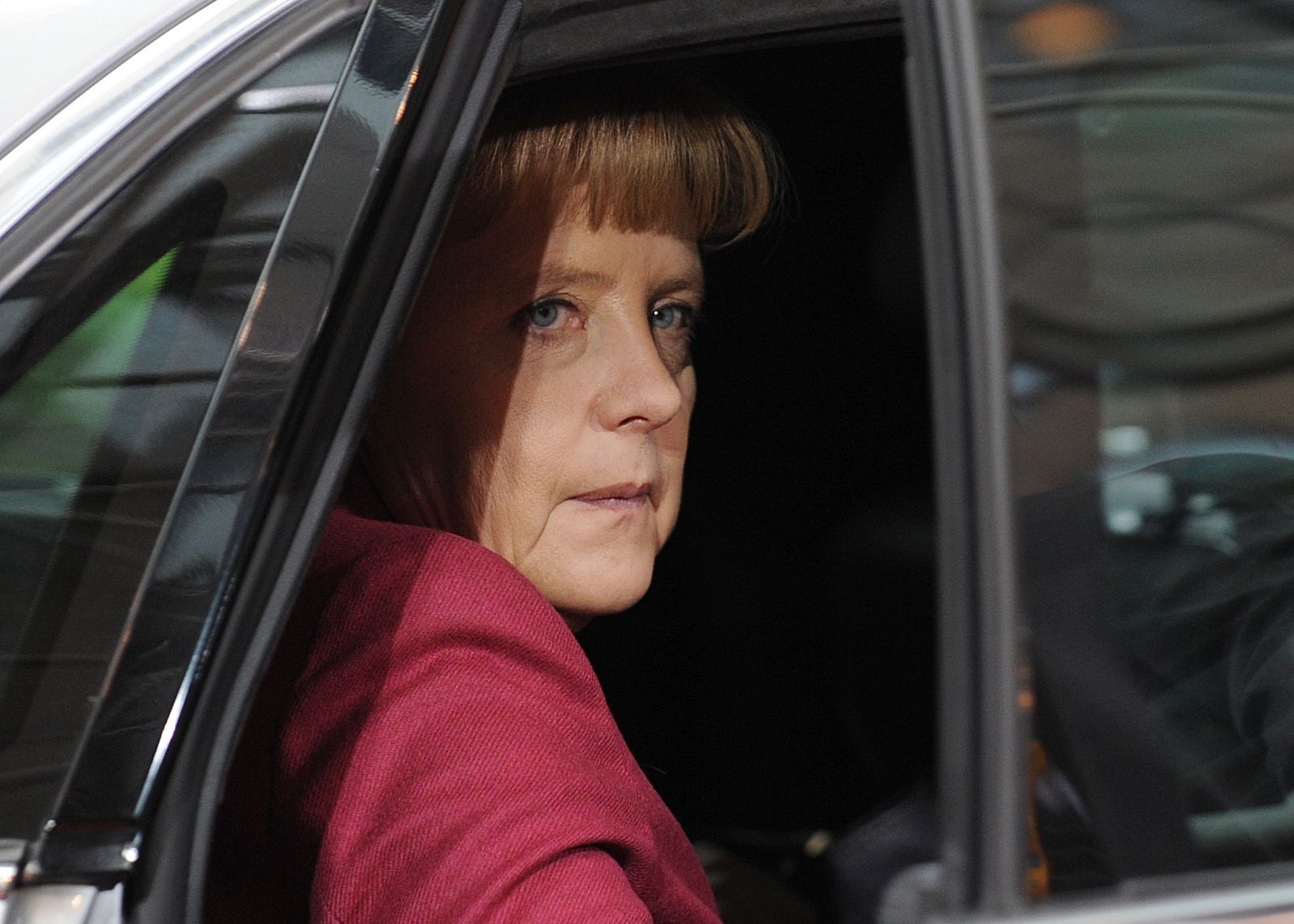 According to a leading political scientist, Merkel is just doing what comes naturally, in terms of Germany's attitude toward the EU. It's just that she is no good at explaining herself.