The Hellenic Army IV Corps is headquartered in Xanthi, a city in north-eastern Greece, close to the Turkish border. Yet when it is time for the unit's hundreds of jeeps and other vehicles to go in for regular maintenance, they have to travel 570 kilometers. The technical corps for Greece's largest unit, after all, is based in the western Greek city of Ioannina, not far from the Ionian Sea.

The long journey is not cheap: Military personnel get travel expenses, work hours are lost and of course, copious quantities of fuel are consumed. A former senior officer with the corps described the operation, which he oversaw several times while on duty, in a conversation with SPIEGEL ONLINE.

Why the detour? "Probably because some locally elected politician wanted the unit in Ioannina so that he could act as a 'visma' and get people transferred." In Greek military jargon, a "visma" is a politician who ensures that his constituents get transferred as far as possible from the Greek-Turkish border.

The example of the military vehicles' long westward journey is particularly topical this week as the troika, made up of inspectors from the European Commission, the European Central Bank and the International Monetary Fund, begins examining the country's progress on austerity. At the same time, politicians in Germany and elsewhere have begun speculating even more openly about the country's possible exit from the euro zone. The country needs to show clear progress on budget cuts, and the military would seem to be a good place to make them.

Costly armament purchases are, of course, part of the equation. According to the independent Stockholm International Peace Research Institute (SIPRI), Greece has spent much of the 2000s as one of the top five arms importers globally, lavishly spending on new submarines, tanks and fighter jets. Just last year, the country spent €4.6 billion on defense, representing 2.1 percent of its economic output. European NATO members, by contrast, spent an average of 1.6 percent, Germany just 1.4 percent.

Athens, though, has been reluctant to cut its defense budget. As part of the austerity package Greece pushed through in exchange for the second euro-zone bailout package, the government announced cuts worth just €300 million. Planned cuts to medication subsidies alone are worth over a billion euros.

Why the hesitation? Much of the weaponry imported by Athens is bought from German and French manufacturers. As such, deep cuts to the military could actually conflict with the interests of Greece's largest creditors. "There is an element of hypocrisy when Germany and, to a lesser degree, France blame Greece for being spendthrift without acknowledging at the same time that a lot of money that Greece spent ended up in German and French pockets for the purchase of consumer goods and weapon systems", says Thanos Dokos, head of the Hellenic Foundation for European and Foreign Policy (ELIAMEP). Still, he adds, "neither Germany or France or any other supplier for that matter forced Greece to spend all this money on defense or opt for specific weapons systems."

In the mean time, new armaments programs have been frozen, and the Greek state is only paying for contractual obligations to defense firms already in place.

Dokos says that defense spending has been cut by over 30 percent, essentially equivalent to the reductions made in other sectors. "The armed forces are already suffering from deficiencies in covering operational needs, such as fuel," says Dokos. According to Defense Minister Panos Panagiotopoulos, military personnel have lost an average of 37 percent of their income. That leads to such phenomena as pilots flying multi-million euro fighter planes while earning just €1,300 per month.

But expensive weaponry and previously inflated salaries are not the main problem. Greece simply has too many soldiers spread out across too many bases. The tens of thousands of young Greeks serving their country are a major revenue source for the local economies where military bases are situated. Local politicians have always lobbied for the establishment of military facilities in their constituencies. According to the latest NATO data, almost 80 percent of the Greek defense budget is spent on salaries and administrative costs.

There are currently more than 500 military bases scattered across the country and no fewer than 17 training centers for new recruits. Some bases seem to serve no military or strategic purpose and many of them are understaffed. According to one officer who has worked in the Greek Defense Ministry, in some units "it is easier to find a major than a private." And the country doesn't just have an excess of bases. Despite a population of just 11 million, the Greek army numbers 124,000 soldiers. A similar ratio in Germany would result in a military of a million soldiers -- about twice as many as West Germany maintained even at the peak of the Cold War.

Greece has justified it high defense budget with its proximity to arch-enemy Turkey, though both countries are NATO members. In addition, Greece is responsible for securing an EU border and believes it is not receiving enough bloc support in dealing with the inflow of would-be immigrants from Africa and elsewhere.

In light of the crisis, Defense Minister Panagiotopoulos has pledged to reorganize the Greek military structure, cut operational costs and shut down non-performing bases. But he had also hoped to hire more professional soldiers with the goal of gradually transforming the Greek army into a largely professional force.

Since additional hiring, however, is not something the troika is interested in, the Defense Minister has come up with another solution: that of extending required military service by three months to a full year. While the government is loath to take such an unpopular decision, it could be a possible alternative to the previously agreed military personnel wage cuts by an additional 12 percent.

Not everyone, of course, agrees that increasing the length of conscription is a good idea. One of those is the former army staffer who described the odyssey of the IV Corps' vehicles. Army structures, he says, must be changed first. "Our soldiers currently spend nine months doing little more than guard duty and chores, often serving in useless units and getting little combat training," he says. "We don't need larger numbers. We need real, well trained soldiers. Alexander the Great conquered the world with 40,000 fighters!" 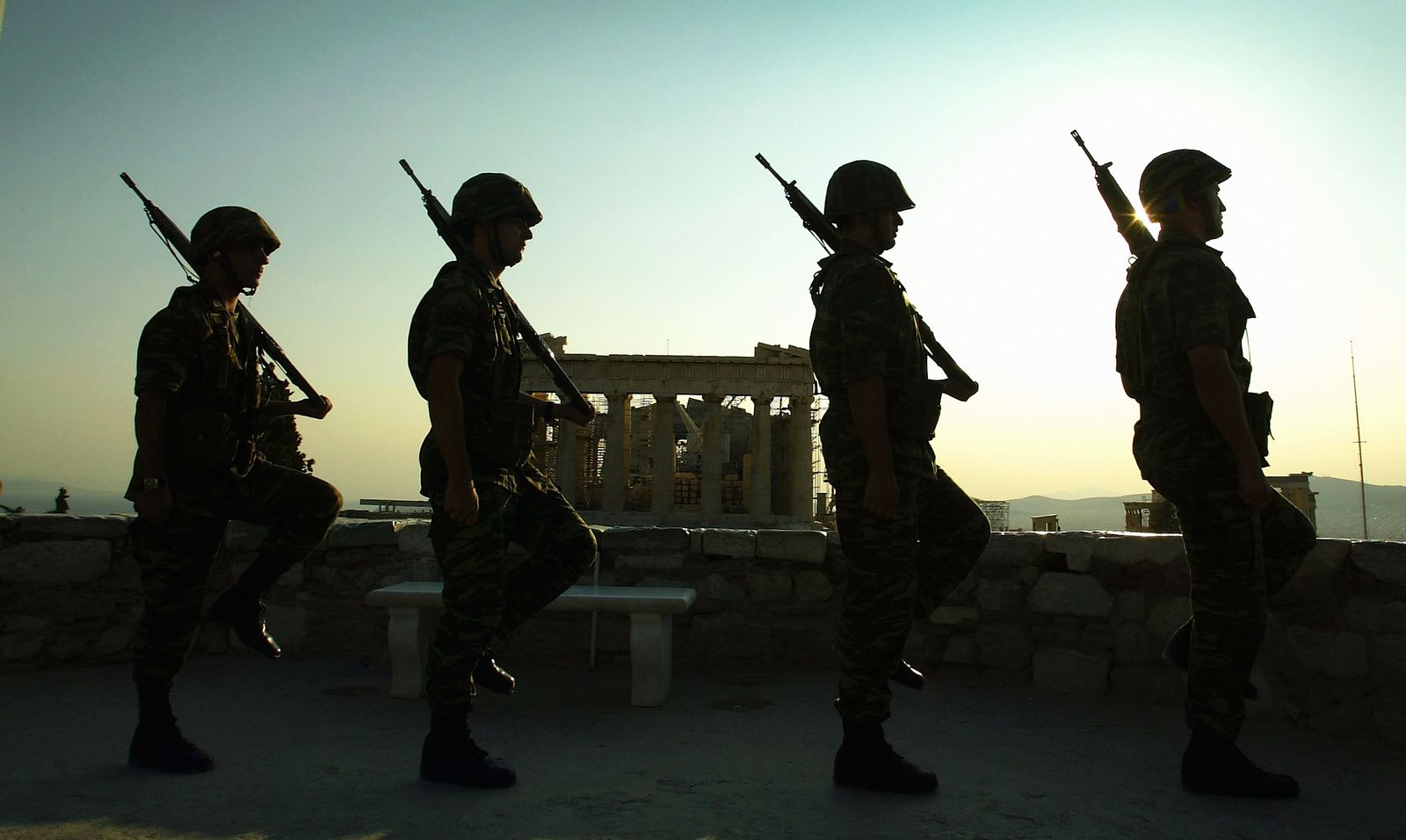 Despite the need to rein in spending, Greece has been slow to cut its military budget.