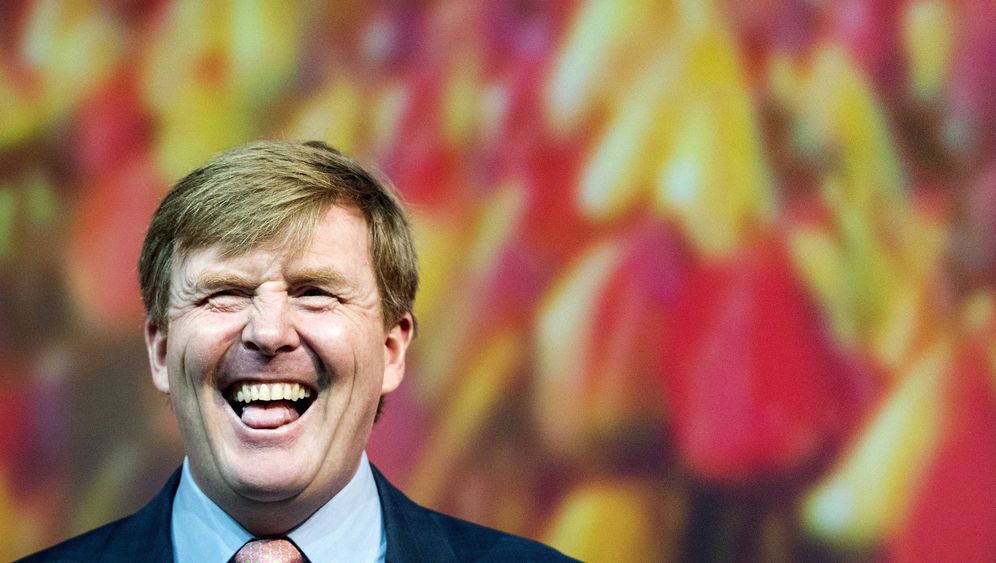 A week before his mother was due to be crowned as the new queen of the Netherlands, Willem-Alexander told a reporter he didn't really want to move to The Hague. He said he'd rather stay at Drakensteyn Castle. That was back in 1980, when Willem was 13 years old. Standing together alongside his brothers Friso and Constantijn in the garden of their parents' house, all three boys sported bell-bottoms and bowl haircuts.

The reporter chuckled kindly, and asked him to explain. Willem-Alexander stuck his hands in his pants pockets, and said, "It's much freer here." 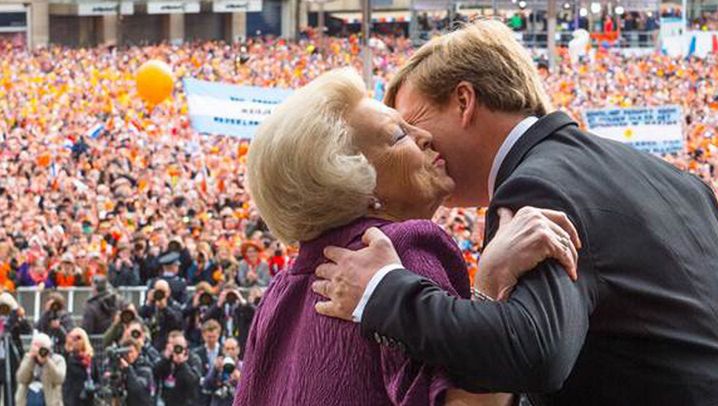 Freedom seems to have always been Willem-Alexander's greatest concern. He knows what effect his being king could have on his family. He remembers how his mother was constantly traveling, hiding her feelings under her crown, while his father was depressed at home.

On April 30, Queen Beatrix passed the scepter to her son Willem-Alexander. Now, the names on Dutch naval ships will have to be changed from "HM" ("Harer Majesteit," her majesty) to "ZM" ("Zijner Majesteit," his majesty) for the first time in 123 years. But that won't be the only sea change. Now that the 46-year-old has been crowned king, the royal palace will be infused with an openness and easy-going attitude unthinkable under the 33-year reign of his mother. 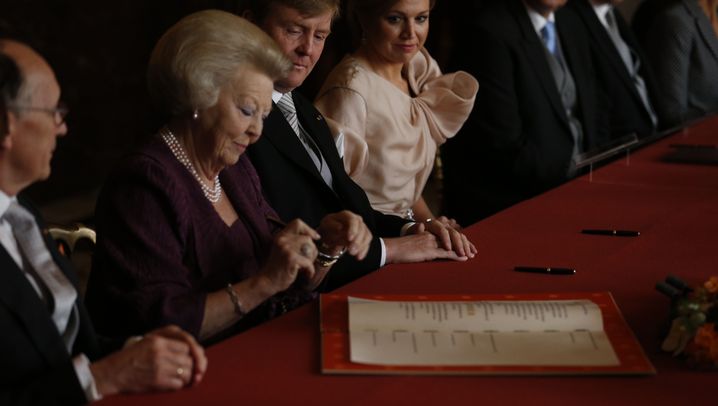 King Willem-Alexander will also be something of an aloof monarch, although in contrast to Beatrix, it won't be his subjects, but rather the elevated position, that he keeps at bay.

He is the kind of person who might take part in a toilet-throwing competition and greet official guests with a friendly pat on the back, a man keen to point out that the importance of the monarchy is changing. "I'm not a protocol fetishist," he said in an interview two weeks before his coronation. Willem-Alexander wants to be a king who stands for continuity and stability. That much he's promised his mother. But he also wants to be a modern king -- and that's his appeal to the people.

The atmosphere at court is also likely to change under the new regent. For example, Willem-Alexander doesn't insist on being addressed as "Your Majesty." He wants people to call him whatever they want and are comfortable with -- "Alex," for instance. That's what his wife calls him.

Of all of Europe's royal families, the Orange-Nassau dynasty is seen as particularly likeable. That's largely thanks to shirt-sleeved Willem-Alexander and his down-to-earth wife, Máxima. Both are cheerful souls, forever in a good mood, always looking as if they just returned from a bicycle ride. The "A-Team" -- daughters Amalia, 9, Alexia, 7, and Ariane, 6 -- all attend public schools.

Willem-Alexander's reign will therefore be very different than that of his mother, who always hid behind antiquated pomp and circumstance. Her abdication was probably her only nod to modernity. Explaining the decision to step down from the throne, she said, "I believe that the responsibility for our country belongs in the hands of a new generation."

As a teenager, he had trouble coming to terms with his status as crown prince. Even as an 11-year-old, he told photographers to "go to Hell." When he was 16, his parents sent him to a boarding school in Wales. He was never an outstanding student, but he was a passionate athlete. After graduating from high school, he completed his national service in the navy. Later he trained in the air force. Flying became his passion.

Like his mother before him, he went to Leiden University, where he majored in history, human rights and international law. There he joined a Dutch student fraternity well-known for its hard partying as well as for its hazing rituals.

Photos document his ability to hold his drink, and he had soon earned the nickname "Prince Pilsner". When he took longer than usual to complete his degree, the media was quick to label him as a lazy and somewhat simple-minded crown prince.

As a result, the Dutch people had serious doubts about their heir apparent. Perhaps that was a blessing for Willem-Alexander, since it meant he had no expectations to meet, no disappointment to dread. Today the people are pleasantly surprised. They admire his work at the United Nations, where he is responsible for water management, and they adore his family.

Married to an Investment Banker

Willem-Alexander met his wife on a trip to Seville, Spain. Argentinean-born Máxima Zorreguieta was working at Deutsche Bank in New York at the time. Although she is a descendent of many noble families on the Iberian Peninsula, Máxima is just as laid-back as her husband.

The two quickly fell in love, and in 1999 Willem-Alexander officially presented her to his fellow countrymen. The crown prince may not have cared that her father had been a minister during Argentina's "Dirty War," but the people thought otherwise, and the announcement of the engagement brought a storm of protest. It didn't help matters when, in trying to defend his fiancée, Willem-Alexander unwittingly quoted the words of Argentine dictator Jorge Videla. The subsequent scandal robbed him of the little respectability he still had.

Luckily for him, Máxima reconciled the people with their crown prince. Yes, she admitted in fluent Dutch at a press conference, Alex had been "a little dumb." In an instant, her words shattered the royal detachment Queen Beatrix had worked so hard to uphold. So Willem-Alexander got his way, albeit under certain conditions: A clause in their marriage contract states that his father-in-law may not be present at any state occasions.

Willem-Alexander probably got his single-mindedness from his mother. Queen Beatrix always advised her son to remain true to himself and never swim with the tide. However he clearly inherited his easy-going manner from his grandmother. Queen Juliana could often be seen riding her bicycle or taking walks in her Wellington boots. Of Willem-Alexander and his family, there are also the obligatory cycling photos.

But as prepared as the Dutch are by their very nature to compromise, they still grumble now and again. Rumor has it that the new king has a penchant for expensive watches. He and Máxima are described as a "jet-set couple." In 2009 Willem-Alexander caused a furor when he tried to buy a luxury vacation home for himself and his family in the otherwise impoverished country of Mozambique. "Everyone makes mistakes," he later apologized. The people forgave him. After all, it showed he was human.

This morning Willem-Alexander IV became Europe's youngest king. At the same time, the Orange-Nassau dynasty is becoming less influential and more representative -- more Scandinavian. Not only because the government recently pared back the monarchy's powers: In contrast to his mother, Willem-Alexander has never seen himself as a politician.

His reign will be more modern and freer than that of his mother. It's not yet certain when exactly the new royal family will move into Huis ten Bosch in The Hague. For now, the palace has announced, the family will spend a little more time at its villa in neighboring Wassenaar.