The symptoms are all too familiar. The risk premium on Italian government bonds reached a new high on Monday, stocks fell and the Milan stock exchange restricted short-selling as a precaution.

Italy has suddenly become the focus of international investors' attention. New doubts about the stability of the Rome government and a deep skepticism about the country's finances have combined to form a dangerous mixture. The national debt is at 120 percent of gross domestic product (GDP), the second highest in the euro zone after Greece.

But how bad is Italy's situation really? The investors' attacks have not come as a huge surprise. Even when the single currency was introduced, the country, with its huge mountain of debt, was already viewed as a potential problem. It was inevitable that the markets would sooner or later test the vulnerability of Italy, as one of the euro zone's weak points.

The rating agencies fired initial warning shots in recent months. In May, Standard & Poor's changed the outlook for Italy to negative, on the grounds that the government was not sticking closely enough to its austerity goals. In June, Moody's followed, announcing it wanted to review Italy's AA2 rating. Justifying their skepticism, the analysts referred to the country's weak economic growth, low productivity and rigid labor market.

Different to the Others

Indeed, Italy resembles the other ailing countries on Europe's periphery in all these respects. But there are also huge differences, which make the present state of alarm on the markets seem excessive:

Even the biggest skeptics do not expect that Italy will get into financial difficulties any time soon. Compared to Greece, more of Italy's national debt of €1.9 trillion is financed through long-term debt. Securities worth €80 billion will come due by the end of 2011. The government will need to issue new debt to replace them. On top of that, the country will also issue around €90 billion in new short-term debt.

So far, Italy has not had problems issuing new debt, but worries are growing about the rising cost of financing existing debt: The interest rate on 10-year bonds rose to 5.5 percent on Monday. The experience of other euro-zone members shows that the critical level is around 7 percent. If yields rise above that level, then markets develop their own momentum which is hard to stop.

The main problem, however, is that investors are suddenly asking how the government in Rome plans to ever pay off its debt. Economic growth is weak: In the first quarter of this year it was just 0.1 percent, well below the euro-zone average of 0.8 percent. With declining productivity and an ageing population, the prospects of a recovery are not promising.

Italian Finance Minister Giulio Tremonti has recognized the danger. He is pushing for strict austerity measures in order to balance the budget by 2014 and begin reducing the level of debt. But Tremonti has been weakened domestically, after he had to distance himself last week from a corrupt associate and Prime Minister Silvio Berlusconi publicly announced changes to the austerity package in an interview.

Investors now fear that Berlusconi may be planning to get rid of the finance minister. Tremonti himself was recently quoted as saying that if he should fall, Italy and the euro will follow. He was perhaps overestimating his own importance. But the nervousness in the markets shows what effect his departure could have.

Should Italy fall into the vicious circle of downgrades and rising bond yields, the consequences would be disastrous for the euro zone. A new banking crisis would be likely. German banks alone had €116 billion in exposure to Italian debt at the end of March. By comparison, they are only holding €17 billion in Greek debt. 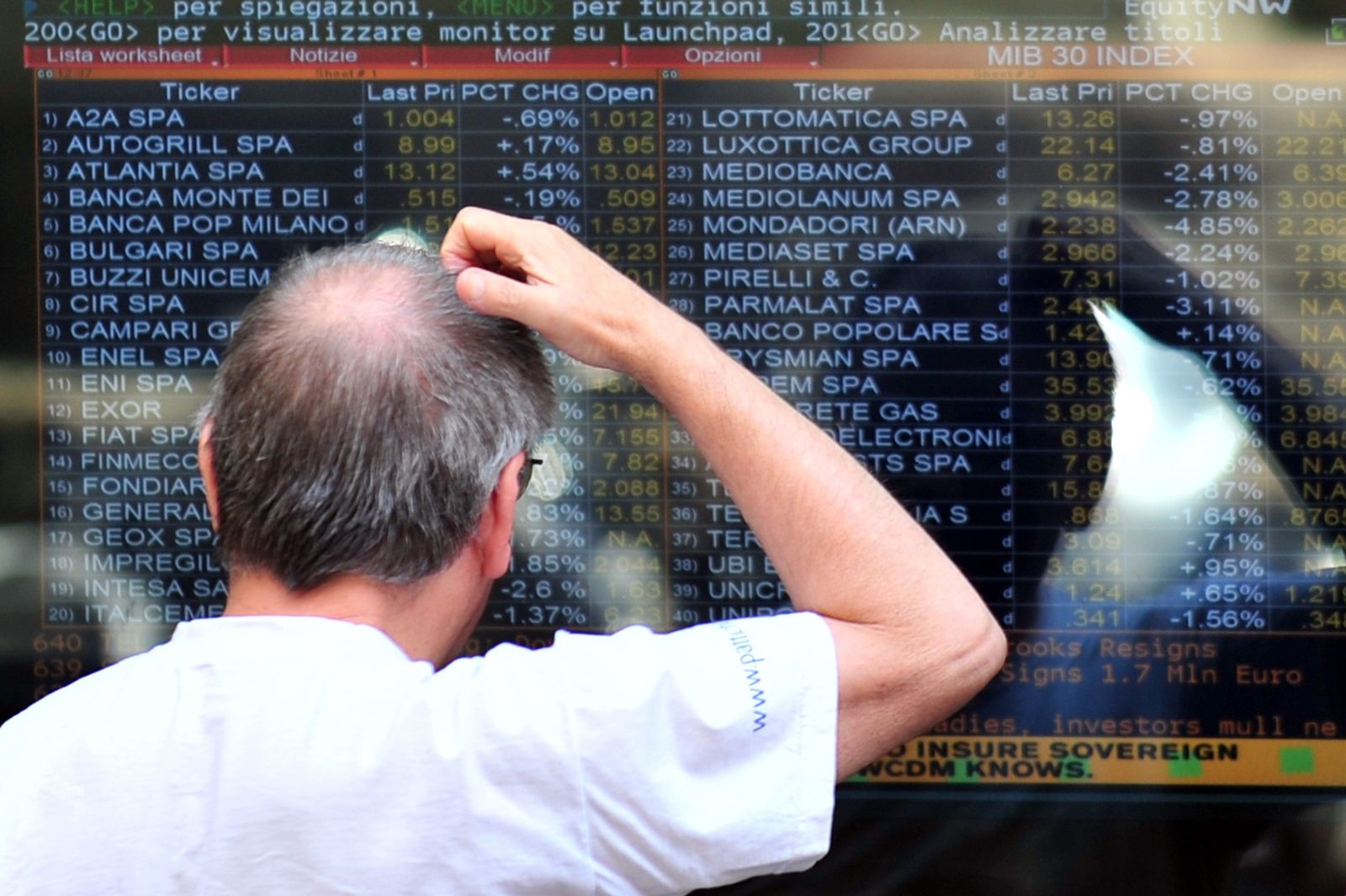 The Milan stock exchange fell on Monday amid concerns about Italy's debt.