Ever since Europe's common currency crisis began erupting in earnest last year, two countries have been largely responsible for preventing a complete collapse of the euro zone: France and Germany. Without their support, Greece, Portugal and Ireland would have long since declared insolvency.

This year, though, with the euro crisis going from bad to worse, it is looking increasingly likely that France may not be able to emerge unscathed. Indeed, leading German economists on Monday told the website of financial daily Handelsblatt that French debt is likely to be downgraded in the months to come.

"A new bailout package for debt-stricken countries in the southern part of the currency union will also strain French state finances," Jörg Krämer, chief economist for the German banking giant Commerzbank, told the website. "In the coming year, the country could lose its top AAA rating."

Thorsten Polleit, chief economist of Barclays Capital Deutschland, agrees. "The problems of their domestic banks could result in significant additional pressure for the financial situation of the French state," he told the Handelsblatt website.

Increased concern about France's ability to shoulder additional bailout burdens come as European leaders prepare to gather in Brussels this weekend to consult on the ongoing common currency crisis. Whereas European Union leaders agreed in July to a second bailout package for Greece, including a debt haircut of 21 percent, most now say that the new package -- worth €109 billion ($150 billion) -- is nowhere near enough. Many think that Greek debt could be slashed by as much as 50 percent or even more.

Budget Problems of its Own

With French banks holding significant quantities of Greek debt on their books, however, an already heavily indebted Paris would likely have to plunge even further into the red to recapitalize its banks. Highlighting the problem, the ratings agency Fitch placed several French financial institutions on its watch list last week while Standard & Poor's downgraded BNP Paribas on Friday.

Furthermore, France has been battling budget deficit problems of its own in recent years. Just a few weeks ago, Paris announced an austerity program aimed at bringing its deficit, which is projected to be 5.7 percent of gross domestic product this year, to below the EU-mandated ceiling of 3 percent by 2013. Its overall debt stands at 85.5 percent of annual GDP, well above the EU limit of 60 percent. Any additional expenditures relating to bank bailouts -- or even additional euro-zone bailouts -- would slow the country's return to fiscal health. The current state of French finances, Polleit told Handelsblatt, is anything but reassuring.

French banks, though, do not represent France's only Achilles heel. Europe just recently boosted the bailout fund known as the European Financial Stability Facility (EFSF) to increase its lending capacity to €440 billion.

Given the fund's tasks, however -- providing liquidity to heavily indebted euro-zone countries, buying bonds from those countries and indirectly propping up European banks -- many analysts say the fund is much too small. Any moves to further increase its size or to "leverage" it by allowing it to borrow money, however, would increase the risk to its main guarantors, France and Germany.

"A further expansion of the EFSF ... would very likely mean an end to France's AAA rating," Ansgar Belke, research director for international macroeconomics at the German Institute for Economic Research, told Handelsblatt. "But any leveraging of the EFSF, which would increase the likelihood of a loss of guarantees, would be poison for France's rating." 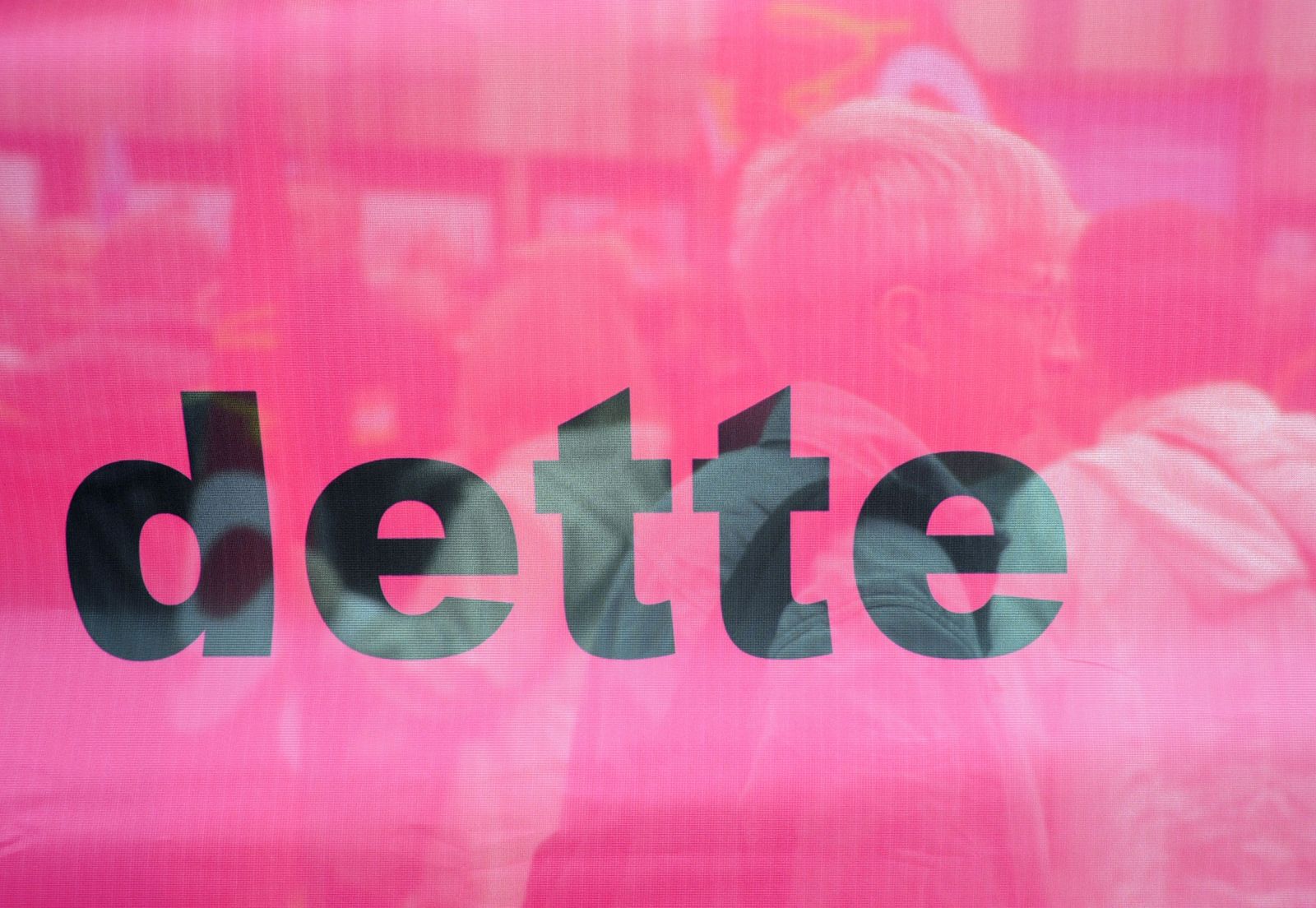