When he was still the governor of Bavaria, Edmund Stoiber seized every opportunity to curse Brussels officialdom. So it ought to give pause to people that the same Stoiber is today lamenting a "renaissance of nationalism" in European capitals. "I am concerned that Europe is crumbling," the former leader of Bavaria's conservative Christian Social Union (CSU) party said in Brussels last week. He has been appointed by the European Commission to reduce EU bureaucracy.

The Schengen Agreement eliminating internal border controls is considered to be a milestone of European integration. No single European Union policy has generated as much enthusiasm among the citizens of Europe as the freedom of borderless travel. Driven by the EU-critical and latently xenophobic Danish People's Party, the move by the Danish government this week to reintroduce border controls, even if only spot checks, is shaking the foundations of Europe.

The development is serious, and is part of a trend. Anti-Europeansare on the rise in other parts of Europe as well. In Holland, a minority government is tolerated by right-wing populist Geert Wilders, in France President Nicolas Sarkozy is competing for votes in the upcoming election with Marine Le Pen of the Front National and in Italy, the right-wingers in Umberto Bossi's Lega Nord are part of the government.

It was Rome and Paris that first announced they would partially reintroduce border controls. The reason was negligible, and the step was motivated purely by politics. Around 30,000 refugees from North Africa had landed on the coasts of Italy and Malta. By comparison: During the 1990s, more than 100,000 refugees fled from Kosovo to Europe, but nobody at the time threatened to dispose of the right of Europeans to border-free internal travel.

But something has changed fundamentally since the 1990s. Europe's nations are no longer ruled by dyed-in-the-wool champions of the European project like Helmut Kohl, François Mitterand or Felipe Gonzales, but by cool and calculating politicians like Angela Merkel or political egocentrics such as Nicolas Sarkozy. The main difference between these politicians and the right-wing populists is in ther methods: Whereas the populists openly proclaim their desire to exit the EU, the others are eliminating the political union bit by bit.

In Germany, for example, Interior Minister Hans-Peter Friedrich of the CSU, the sister party to Chancellor Merkel's Christian Democratic Union(CDU) may have sharply criticized Denmark, France and Italy for going it alone and implementing border controls. At the same time, however, he expressed his understanding for the idea that there might be a need to reintroduce border controls temporarily during emergency situations. And he also wants to leave it up to EU member states to make those decisions -- in other words, let political opportunism dictate matters -- and not the European Commission, which is able to act free of domestic political considerations.

The same also holds true for the EU's second great achievement, whose future is also at stake right now: the common currency. Appeals like "the euro is our common fate" are too vague to get across to the people. The truth is more concrete: Why doesn't Angela Merkel state that, each year, Germany exports more goods to the Netherlands than the supposedly massive Chinese market? Then, at least, every German would understand why we profit from the fact that our companies are no longer exposed to the risks of currency exchange rates in Europe.

Instead of providing a clear vision, the chancellor is busily engaged in backroom dealmaking, just like her predecessor Gerhard Schröder was before her. Working together with then-French President Jacques Chirac, he weakened the Stability Pact for the euro and violated the common currency zone rule -- that annual deficit spending cannot exceed three percent of gross domestic product -- several years in a row. And though Merkel insists that the stability criteria must be adhered to, when it comes to the question of how violations should be punished, her strict stance evaporates. During her walk along the seaside in Deauville, France, last autumn with President Sarkozy, she yielded and said she would no longer insist on automatic sanctions for countries that violate the budget deficit rules.

At the very least, the European Parliament must take firm stance this time. It has the power of co-decision when it comes to reforming the Stability Pact and has so far been insisting on automatic sanctions -- one of the reasons a deal on a second bailout package for Greece has been delayed until autumn. The parliament has proven to be the true guardian of European integration in terms of both Schengen and the euro. The European Commission caved in on both those issues. On the Stability Pact, Commission officials argued behind the scenes for a compromise. And despite its early criticism of the Danish border controls, the Commission no longer sees anything wrong with them.

One would expect a bit more steadfastness from a European Commission that views itself as being the "guardian of the European treaties." 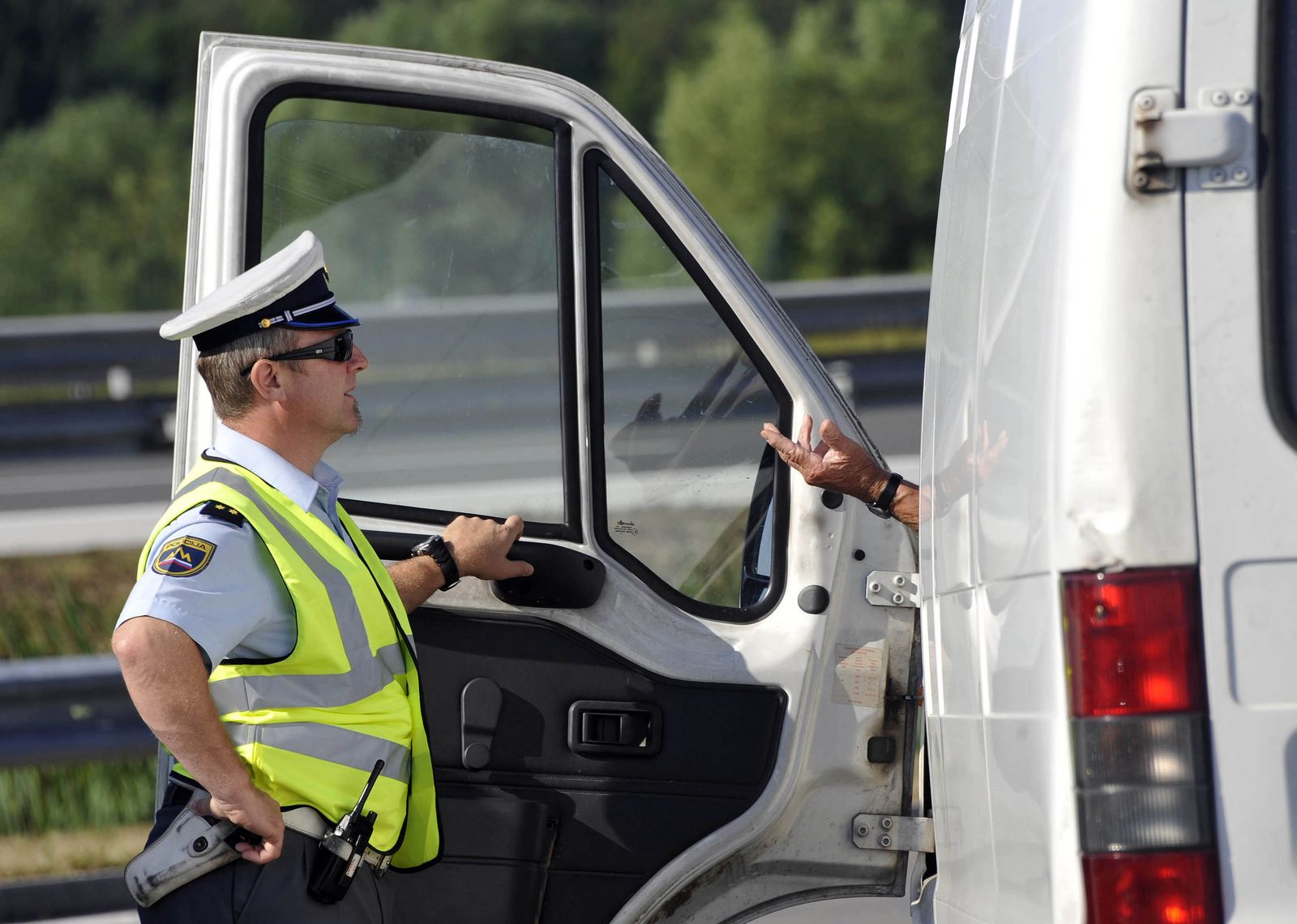 A control on the Schengen external border (in Slovenia): A milestone of European integration