Airline industry executives are outraged. "In Germany, a weather balloon hasn't even been sent up to measure whether and how much volcanic ash is in the air," lambasted Joachim Hunold, CEO of Germany's second largest airline, Air Berlin. His colleague at Lufthansa, Wolfgang Mayrhuber, seconded him. "No one would fly through a cloud of volcanic ash, but what we have seen over the past three days did not pose any kind of potential danger," he said. Lufthansa spokesman Klaus Walther said the airlines demanded that "reliable measurements" be used as the basis for any bans on flights.

It is true that scientific measurements of the ash plume have been slow to get going. It is barely visible to the naked eye. But a large number of scientists have detected the malicious cloud, and some are irritated that airlines have indirectly accused them of failing to take action. The volcanic ash plume, they claim, definitely exists.

Albert Ansmann of the Leipnitz Institute for Tropospheric Research in Leipzig said it was a "baseless impertinence" to claim that "measurement isn't taking place in Europe. From the Netherlands to Romania, we know where and how thick the ash cloud is." With a Europe-wide network of laser instruments set up at the start of the decade, "we have been measuring like crazy since Thursday," Ansmann told SPIEGEL ONLINE.

"We measured the cloud for the first time on Sunday night," said Volker Wulfmeyer, an atmospheric physicist at Germany's University of Hohenheim. "We see a structure at an altitude of eight kilometres, otherwise everything looks very clean." Hohenheim's measuring devices are located near the Stuttgart Airport.

At the Leibniz Institute of Atmospheric Physics in Kühlungsborn on the far north of Germany on the Baltic Sea, scientists have also confirmed the existence of the ash plume. "We know that it is something solid," said institute director Franz-Josef Lübken. And scientists at the Forschungszentum Jülich research center in the western state of North Rhine-Westphalia said they had also been observing the cloud.

Using Laser to Track Down Cloud

Atmospheric researchers are able to detect the cloud using a special measuring device that functions a lot like the laser pistols used by police. So-called light detection and ranging systems (Lidar) send laser signals straight up into the sky, which are then reflected back by the airborne particles in the atmosphere, so-called aerosols. Using the lidar signals, scientists can determine the type, dimension and the elevation at which the ash cloud is moving -- at least where sensors are in place. Compared to other types of aerosols, ash tends to absorb considerably more light.

For the areas between the Lidar points the German Aerospace Center (DLR) is now using a special aircraft to provide further information. On Monday, a modified Falcon 20E jet, registration D-CMET, took off from Oberpfaffenhofen research center in Bavaria and did a round flight over Leipzig, Hamburg, Cologne and Stuttgart. The aircraft spent three hours at different altitudes. There were two experienced pilots on board the 18-meter long blue and white jet as well as two scientists and a flight mechanic. 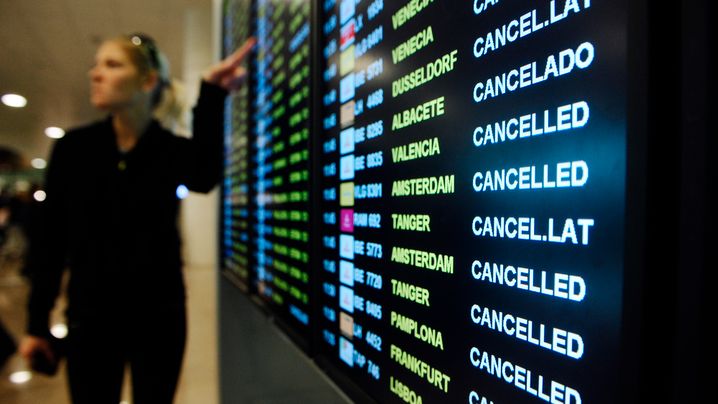 Airline executives would have preferred the flight to take place much sooner, arguing that four days of preparation was too long. "We say that is idleness," Air Berlin spokesman Hans-Christoph Noack said on Monday on the N-tv news channel. DLR spokesman Andreas Schütz disagrees. He told SPIEGEL ONLINE that an earlier start was not possible: "My colleagues have been working right through since Friday." The installation of the equipment would normally take weeks, he said.

'One Might as Well Send up a Child's Balloon'

The jet uses laser beams on its underside to measure the ash cloud from above. At the same time sensors under the wings collect ash particles and measure their concentration. "We want to get close to the cloud," says Monika Krautstrunk of DLR. However, the DLR aircraft relies on Lidar measurements from the ground to tell it where to conduct measurements.

German Air Traffic Control (DFS) is hoping to glean a lot of information from the mission -- it could play an important role in the decision on how long the flight ban has to remain in place. "We hope that we will then have a better basis on which to make our decisions," DFS spokesman Axel Raab told the ZDF television channel.

Air Berlin boss Hunold has come in for tough criticism for his suggestion of using weather balloons. "That is completely out of tune with reality," Gerhard Lux, spokesman for Germany's meteorological service, Deutscher Wetterdienst (DWD), told SPIEGEL ONLINE. In fact only special balloons can detect the clouds indirectly -- by measuring sinking ozone concentrations, which could indicate the presence of ash. The DWD only launches these kinds of balloons from Hohenpeissenberg, in the Alps near Munich. Otherwise "one might as well send up a child's balloon," Raab of the DFS said.

Swiss scientists have outdone their German counterparts when it comes to measuring the volcanic cloud. Over the weekend, they flew a small aircraft into plumes of ash. They circled the cloud for around 50 minutes above the region of Solothrun. "It smelled like a steam engine," researcher Bruno Neininger of the Zurich University of Applied Sciences told Swiss TV after landing.

How dangerous is the cloud really? "Based on our data I would say that it doesn't look that dramatic," said atmospheric physicist Wulfmeyer. Measurements taken by the DLR flight will show if this assessment is correct.

"We can say by now that there are periods that are more critical, and ones in which the air is clear. That means that the most important altitude for internal European air traffic is potentially at risk," says Jülich-based atmospheric physicist Cornelius Schiller.

According to Ansmann of the Leipzig Institute for Tropospheric Research, volcanic ash is now "everywhere." It is spread over an altitude range of two to 14 kilometers. But the density of dust particles is "extremely low," he said. However, he added, it wasn't up to physicists to judge whether it poses a risk to air traffic.

Airlines including Lufthansa, KLM and British Airways conducted their own test flights over the weekend and subsequently had their pilots tell media that they encountered no problems. "We didn't see or smell anything and we saw no sign of anything that could have made us doubtful," Lufthansa pilot Fokko Doyen told German public broadcaster ARD.

But reports by the Finish air force suggest that the ash cloud may indeed pose a danger. Five of its F-18 Hornet fighter jets were in the air last Thursday before Finland closed its airspace. At least one of the aircraft sustained major damage as a result of the ash. The air force concluded that even brief flights through the volcanic ash could damage aircraft.

And NATO diplomats reported on Monday that several NATO F-16 fighters suffered engine damage after flying through the volcanic ash cloud. A build-up of glassy material was found in the jet engines. Still, "the ash cloud does not have any negative impact on our operations or territorial defence," NATO Secretary-General Anders Fogh Rasmussen told a news conference.

One US diplomat said: "They can fly, but it's dangerous." There was a reason why European airspace had been closed, he said.

Over the weekend, Iceland's Eyjafjallajökull volcano again spat out a large amount of ash which is heading towards central Europe, according to measurements by the Norwegian Institute for Air Research. "It's likely to reach us on Tuesday evening or Wednesday morning," said Ansmann. 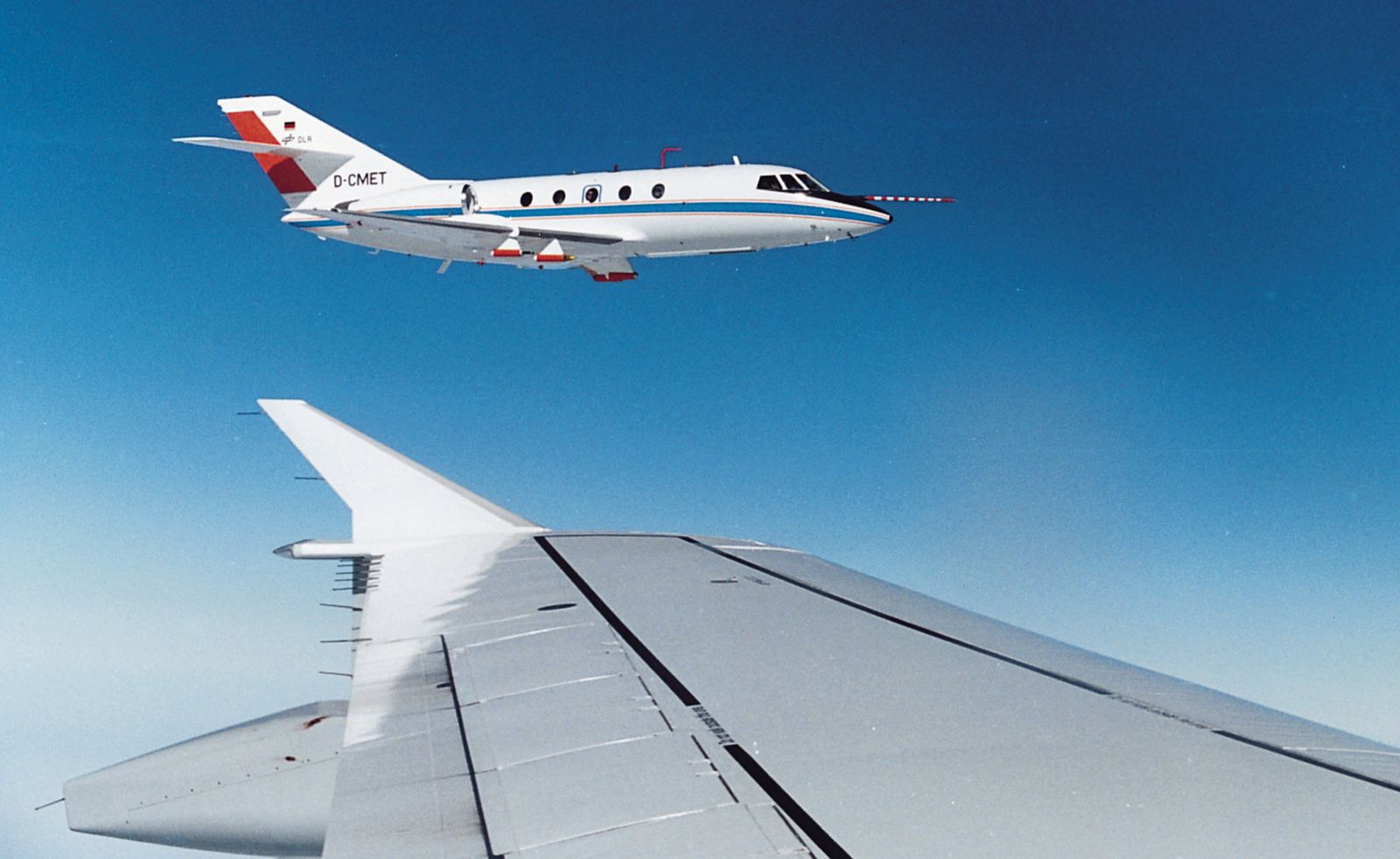 Scientists with the German Aerospace Center (DLR) conducted a research flight on Monday to measure levels of volcanic ash in the country's airspace. 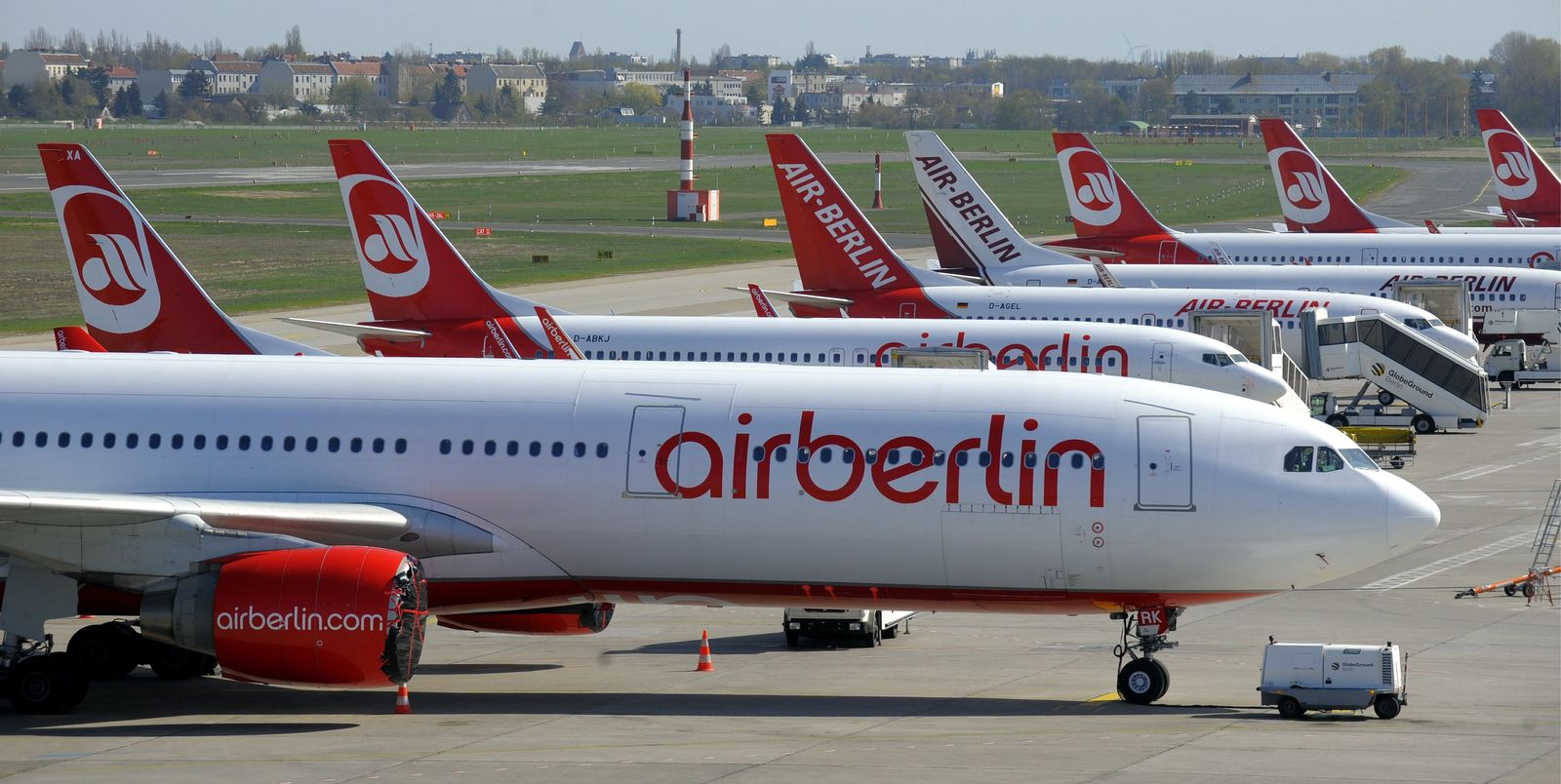 Air Berlin, Germany's second-largest airline, also said that the ash cloud was no longer dangerous to fly through. 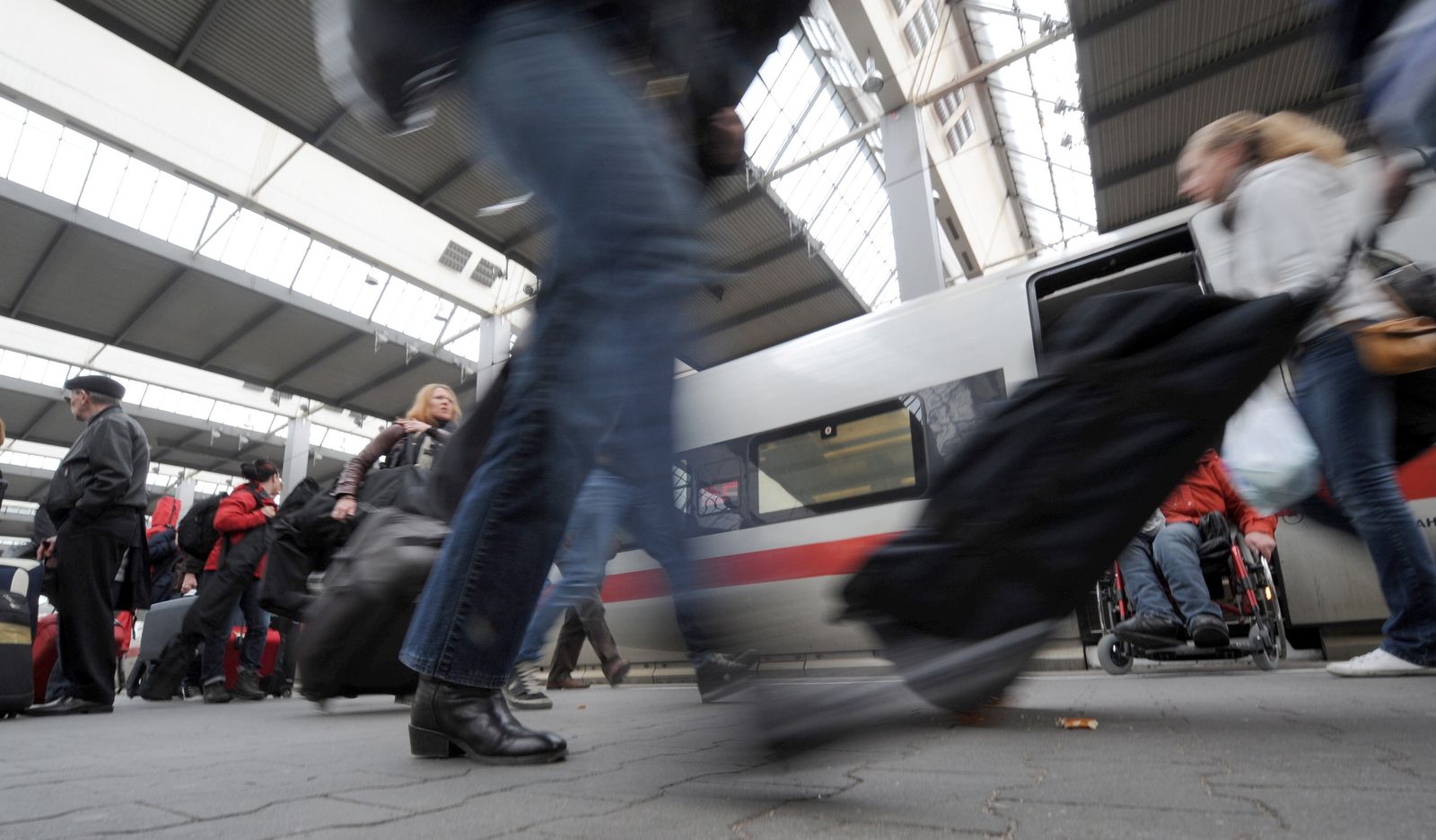 A good time for business: In Germany, Deutsche Bahn put its entire fleet of trains into service.