How will future historians look back at this moment in time? At Germany and its role in Europe; indeed, in the world? It's very possible they will view these years as the pivotal juncture at which Germany missed its chance with Europe. Because German Chancellor Angela Merkel no longer had the energy to seize the historic opportunity offered by Emmanuel Macron and his great enthusiasm for Europe. Because her Social Democratic coalition partner, paralyzed by fears of its own survival, was no longer forging any foreign policy ideas. Because the Germans, as the historian Timothy Garton Ash remarked in DER SPIEGEL last year, fail to grasp the "seriousness of the hour." All this can be explained away, but it will hardly soften the judgement of history: That when nothing less than the fate of Europe was at stake, Germany had no foreign policy to offer -- at least not any courageous foreign policy. Had Merkel and German Vice Chancellor Olaf Scholz of the Social Democrats been in charge in 1999, it's unlikely the euro common currency ever would have been introduced.

France's president issued a warning to all Europeans this week, though the part about not sleepwalking through a diminished Europe was directed first and foremost at the Germans: Dear Angela, Olaf, (Foreign Minister) Heiko (Maas) -- wake up! In Berlin, Macron's desperate wake-up call was dignified as an engaged contribution to the larger debate. This was about as patronizing as a tired teacher's praise for an underachieving pupil.

Time and again, Macron has demonstrated just how great the power of the word is in a democracy: Out of nowhere, he swept the French presidential election with his rhetorical grandeur. He parried the arguments of the yellow vest movement on a recent speaking tour through the country's many gymnasiums. What Macron is doing is the opposite of the anti-charismatic anxiety of Angela Merkel & Co. He's showing the Germans how debates work.

Macron's open letter to the "citizens of Europe" opened the election campaign for the European Parliament. It proclaimed it to be a fateful choice "for the future of our continent." To German ears, this all sounded very gushy. But so far, Germany's only contribution to the European elections has been a failure of Merkel's Christian Democratic Union to finally kick Hungarian far-right populist Viktor Orbán out of the conservative European People's Party, the grouping of Christian Democrats in the European Parliament.

The government in Paris is right to be frustrated -- and it is trying less and less to hide it. In the dispute over the Nord Stream 2 gas pipeline, Macron has let the German government know what it feels like to suddenly be all alone. He is going his own way with the digital tax on internet and technology giants, and he was apparently prepared to let the new Élysée Treaty unravel if the Germans didn't make more concessions on arms exports.

Look to the Future, Not the Past

Merkel has a mixed report card after 13 years in the Chancellery. Her management of the financial crisis spared the European Union a worse fate, but her handling of the refugee crisis divided the Continent. She also failed to accommodate the British in time to prevent a Brexit referendum. Too often, she confused leadership with going it alone -- whether it was the "Energiewende," Germany's post-Fukushima decision to phase out nuclear power and switch to renewables, Nord Stream 2 or the refugees.

And when the historical opportunity arose of a French president who was both pro-Germany and pro-Europe, Merkel kept Macron waiting and cut his aspirations down to size. She quashed the idea of a European finance minister, shied away from the eurozone budget and stonewalled on the digital tax.

It's high time for Germany to be active again on the European political stage. German history is no longer a good enough reason for the country to shirk its responsibility; it has become an excuse. Out of fear of upcoming state elections, of populists and because the EU is supposedly so unpopular, the German government is afraid of having a conversation about how to proceed with Europe. At the same time, though, polls indicate that a majority of Germans favor deeper European integration; 89 percent also view France as a trustworthy partner.

Germany has to begin thinking in European ways again. Of course, it must promote its own convictions and interests, but it can't keep going it alone. It must push for more integration with Macron's France. Foreign and defense policy would be a good place to start.

This means there must also be more flexibility in the EU for different degrees of integration, lest Brexit inspire copycats. Cherry-picking should be allowed. And Germany should stop justifying its push for more Europe with the atrocities of the past so much and focus more on the power-political and geostrategic advantages for the future. 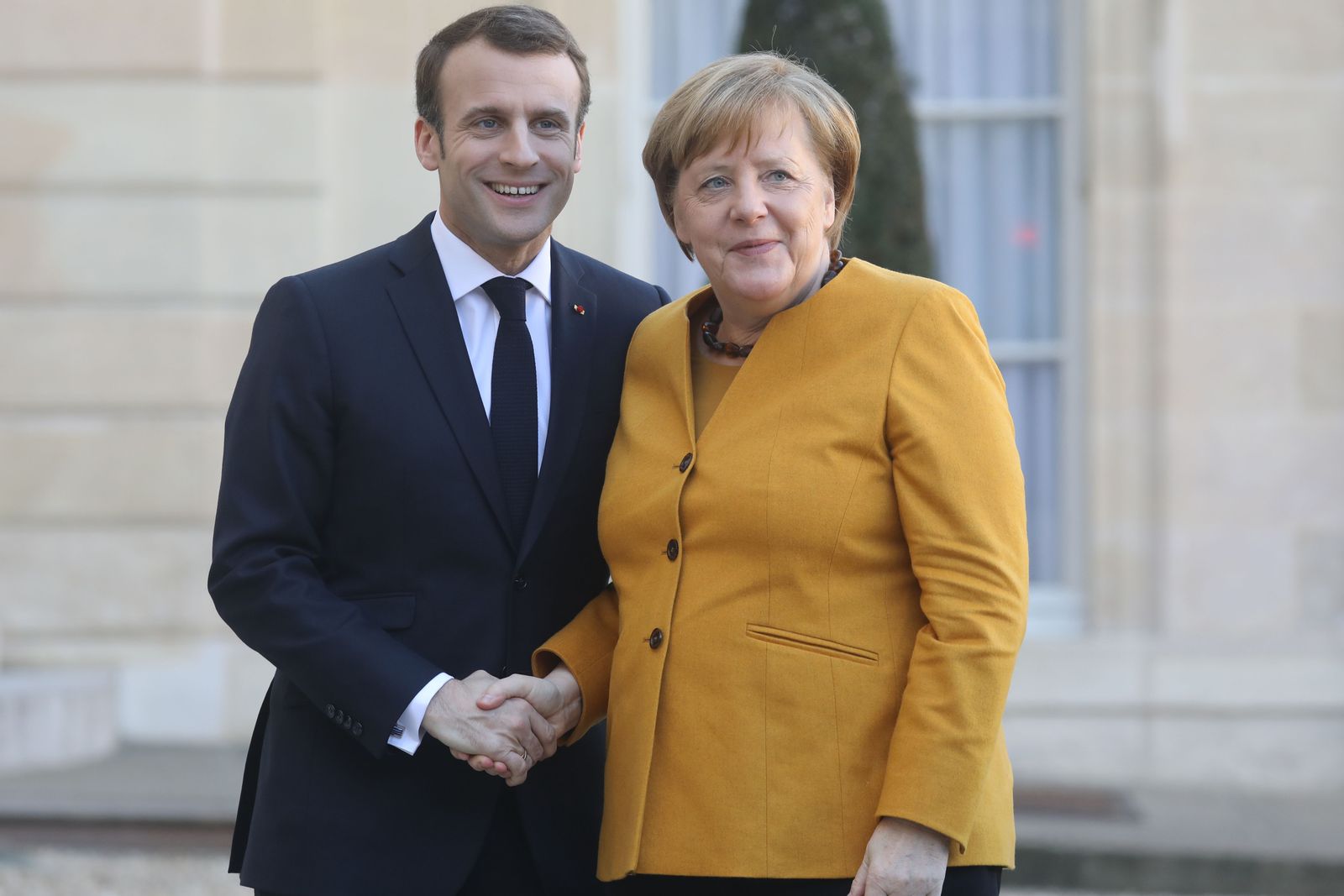