Nicolas Sarkozy has never been one to sit still for long. Leaders the world over have frequently wrinkled their brows in disapproval at the French president's peripatetic interventions into myriad issues, large and small. No matter what the situation, Sarko, it would seem, has little time for extended cogitation.

As such, Sarkozy's Sunday evening speech, which filled the French airwaves for 71 minutes and was chock full of ideas for finally jerking France out of its economic stasis, was anything but out of character. Broadcast on fully eight television stations, Sarkozy announced a cornucopia of recipes meant to strengthen economic growth, lower unemployment and improve his country's competitiveness in the global marketplace.

The reason for Sarkozy's sudden burst of policy creativity is clear. He is up for re-election in just three months -- and isfacing stiff competition from the Socialist candidate Francois Hollande. Indeed, a recent opinion poll found that, were elections held this week, Sarkozy would receive just 24 percent of the vote to 27.5 percent for Hollande. Far-right candidate Marine Le Pen is a mere seven percentage points behind Sarkozy in the polls.

It is a dire situation from Sarkozy's perspective. Indeed, he recently told reporters that, if he lost the election, he would disappear from politics entirely. "For the first time in my life, I am in a situation where I am confronted by the end of my career," he reportedly said. "It is a question facing me today."

He is not, though, giving up without a fight. Among his numerous proposals presented on Sunday evening was that of raising value added tax to 21.2 percent in order to generate €10 billion in tax revenues -- which he would then like to use to relieve companies' tax burdens. That, he hopes, will make a dent in France's stubbornly high unemployment numbers.

In addition, Sarkozy wants to introduce penalties for companies that do not take on a sufficient number of trainees as well as a residential construction program to combat climbing rents. He also intends to pursue austerity to get France's sovereign debt under control and he would like to open a new bank to promote industrial development. And he wants to introduce a unilateral financial transaction tax of the kind that Berlin would like to see introduced across the European Union.

Indeed, about the only thing that Sarkozy did not include in his speech was an indication as to whether he was indeed going to run for re-election as the candidate of his conservative UMP party. With such an enormous package of proposals, however, that would seem to be a foregone conclusion. And, with German Chancellor Angela Merkel offering to help, he will have some powerful support.

German papers on Tuesday take a look at the Sarkozy the candidate.

"Sarkozy is banking on the German model. He has praised the reforms undertaken by (former German Chancellor) Gerhard Schröder several times. And he will be relying on Angela Merkel's support during the election campaign. He is following the German example of cutting non-wage labor costs, abolishing the 35-hour week and introducing a traineeship program. But it's doubtful whether these steps can still prevent Socialist challenger Francois Hollande from being elected as French president in May."

"Sarkozy gambled away too much trust in the early years of his presidency for French voters now to accept being confronted with the truth by him as a last-minute president."

"Nicolas Sarkozy is a fighter. Less than three months before the election and trailing his most dangerous challenger, Socialist Francois Hollande, Sarkozy is going for broke. He has countered the tax cut and redistribution pledges of Hollande with a reform cocktail that smacks of Germany's Agenda 2010 reforms. Sarkozy has little alternative to a blood-sweat-and-tears strategy to try to save his presidency."

"But Sarkozy's plans are too late, too indecisive and too superficial. Even if he can implement them they won't have much impact in the remaining months of his presidency. Nothing, at least, that could regain him a reputation as a decisive reformer. France needs reforms, but they must go far deeper and they must change the underlying structures."

"But he hasn't lost the fight yet. With the right-wing populist Marine Le Pen, the centrist candidate Francois Bayrou and the divided left, the French election is unpredictable and could hold surprises."

"The French are being told to swallow some bitter pills -- from a longer working week to a rise in value added tax -- in the hope that the promise of a better future will make it easer to take the medicine. It's a medicine that, anchored as it is in the stability pact, is to become a pan-European therapy -- and one that is currently causing unpleasant side effects in the struggling Mediterranean countries. That's because it doesn't just involve cuts in the welfare system and reforms of the state administration, but also imposes deep changes in habits that have developed in Greece and Italy over recent decades or even centuries."

"It is said that German Chancellor Merkel will campaign with Sarkozy. That is no longer unusual in an age when a pan-European domestic policy is beginning to take shape. If Sarkozy loses, it would be a severe setback for Berlin's Europe policy." 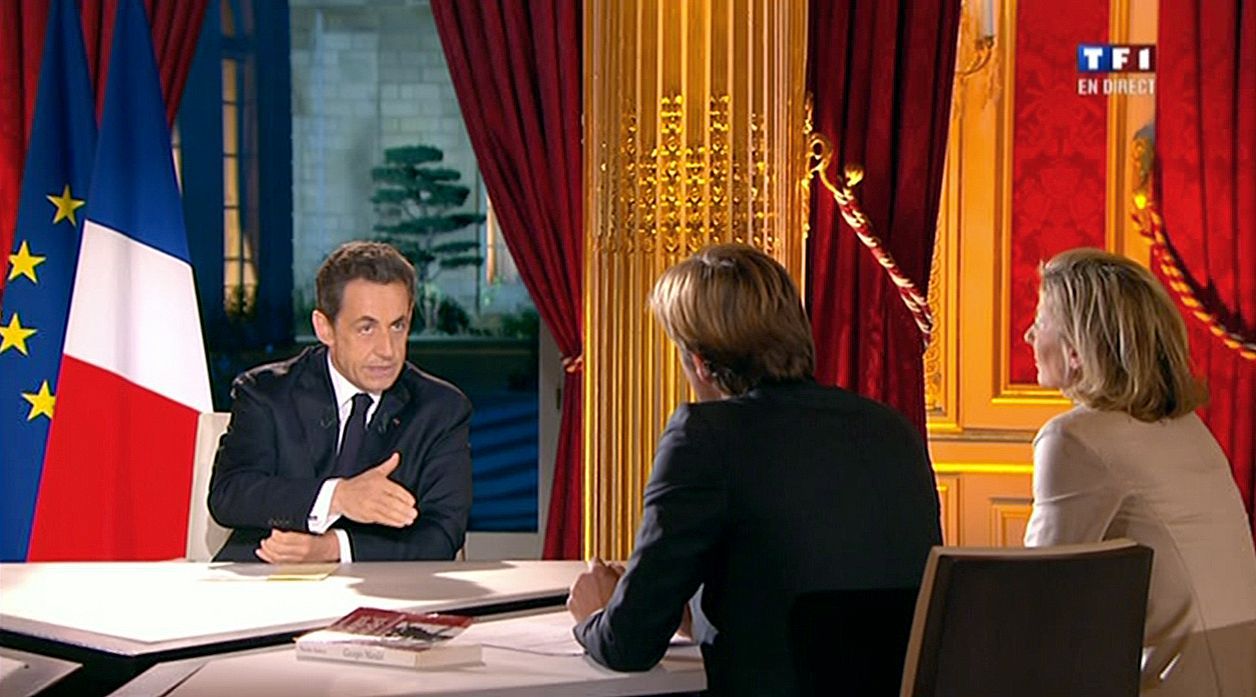