The Netherlands had long been regarded as a beacon of tolerance and liberalism but that image has been tarnished in recent years as support has grown for the Islamophobic populist politician Geert Wilders and his right-wing Freedom Party (PVV). Now his party, which was only formed in 2006 but which is already the third largest in parliament, is set to play a decisive role in Dutch politics.

On Tuesday, the center-right Liberal Party (VVD) and the conservative Christian Democrats (CDA) announced that after 111 days of negotiations they were ready to form a minority government which will be "tolerated" by the PVV, in order to allow them to push through legislation in parliament.

The deal should allow the Liberal Party's Mark Rutte to become prime minister. The two agreements, one between the two coalition parties and the other outlining the PVV support, will be presented to the parties on Wednesday. There has been considerable resistance from within both the VVD and CDA to making any deal with Wilders, with one prominent CDA politician leaving parliament rather than agree to such a formation.

The previous government fell in February when the center-left Labor Party (PvdA) left the coalition over the Dutch military presence in Afghanistan. The ensuing election in June was indecisive, and three-and-a-half months of coalition negotiations were necessary before Tuesday's agreement.

It was not yet clear what concessions the VVD and CDA have made to Wilders, who has repeatedly attacked Islam, comparing the Koran to Adolf Hitler's "Mein Kampf" and calling for a halt to Muslim migration to the Netherlands. He is currently on trial on charges of incitement to hatred and discrimination against Muslims.

The new government is expected to introduce sweeping cuts of up to €18 billion ($24.5 billion) in an attempt to slash the country's budget deficit.

The German press on Wednesday casts an eye on the Dutch political developments. Many editorialists don't expect the new formation to last.

"Geert Wilders has every reason to laugh. The coalition is dependent on the support of his anti-Islam party. Wilders can have a say in governing when it comes to issues that matter to him -- such as integration or criminality -- without having to bear any responsibility for decision-making. The right-wing populist will try to squeeze the maximum advantage out of this situation. There is, however, a corresponding reluctance on the part of the Christian Democrats, a reluctance that is so great that this weekend's party conference could still reject the alliance. And even if Rutte's cabinet clears that hurdle, the fact that -- even when Wilders' people are included -- he only has a majority of one vote means that his government is not likely to be granted a long life."

"Right-wing and Islamophobic movements are making advances in many European countries. The fact that many of those countries are states that were once regarded as particularly liberal makes this change all the more apparent. … In part these parties are rightly highlighting problems that had long been neglected, in part they are making demands that collide with the West's fundamental rights -- exactly where they should be defended."

"In Copenhagen a similar model of government with the right-wing Danish People's Party has quietly functioned for the past three years and the party has not attracted much more support from the voters. The Dutch establishment will be now hoping for a similar effect. However, with just a one-vote majority, the new formation in The Hague is skating on very thin ice."

"Wilders is a new kind of populist leader. He presents himself as socially engaged -- at least when it comes to the indigenous Dutch. … He is not latently anti-Semitic … His ideological anchor is Islamophobia. Wilders' method is to cloak xenophobia in the garb of criticising religion. He polemicizes against the authoritarian tendencies of Islam, thus targeting Muslim immigrants."

"Others have copied his methods. French President Nicolas Sarkozy has just implemented a ban on burqas, which Wilders has also called for. Switzerland voted in a ban on the building of mosques, something demanded by Wilders. Wilders represents a new right-wing populist International -- he is even welcomed among America's Tea Party movement. His voters are white men from the lower middle classes. And his party has grown too rapidly to get used to the responsibility of tolerating a government so soon. Holland's experiment could soon end. Yet Wilders' voters will remain a challenge for politicians."

"The Netherlands has entered a new phase, in which the consistent reform of the budget and social system will have primacy in politics -- and will have far more importance than all the Islamophobic rhetoric suggests. As Wilders is going to be the invisible third man at the cabinet table, there will be far closer international observation of Dutch politics: Will Wilders annoy the two coalition partners? Will his people prove themselves to be skilled or unskilled politicians? Will the new right-wing formation have an affect on the political climate in a country that seems to be particularly affected by anti-establishment rage? It is a rage that is fuelling populism everywhere in (Western) Europe." 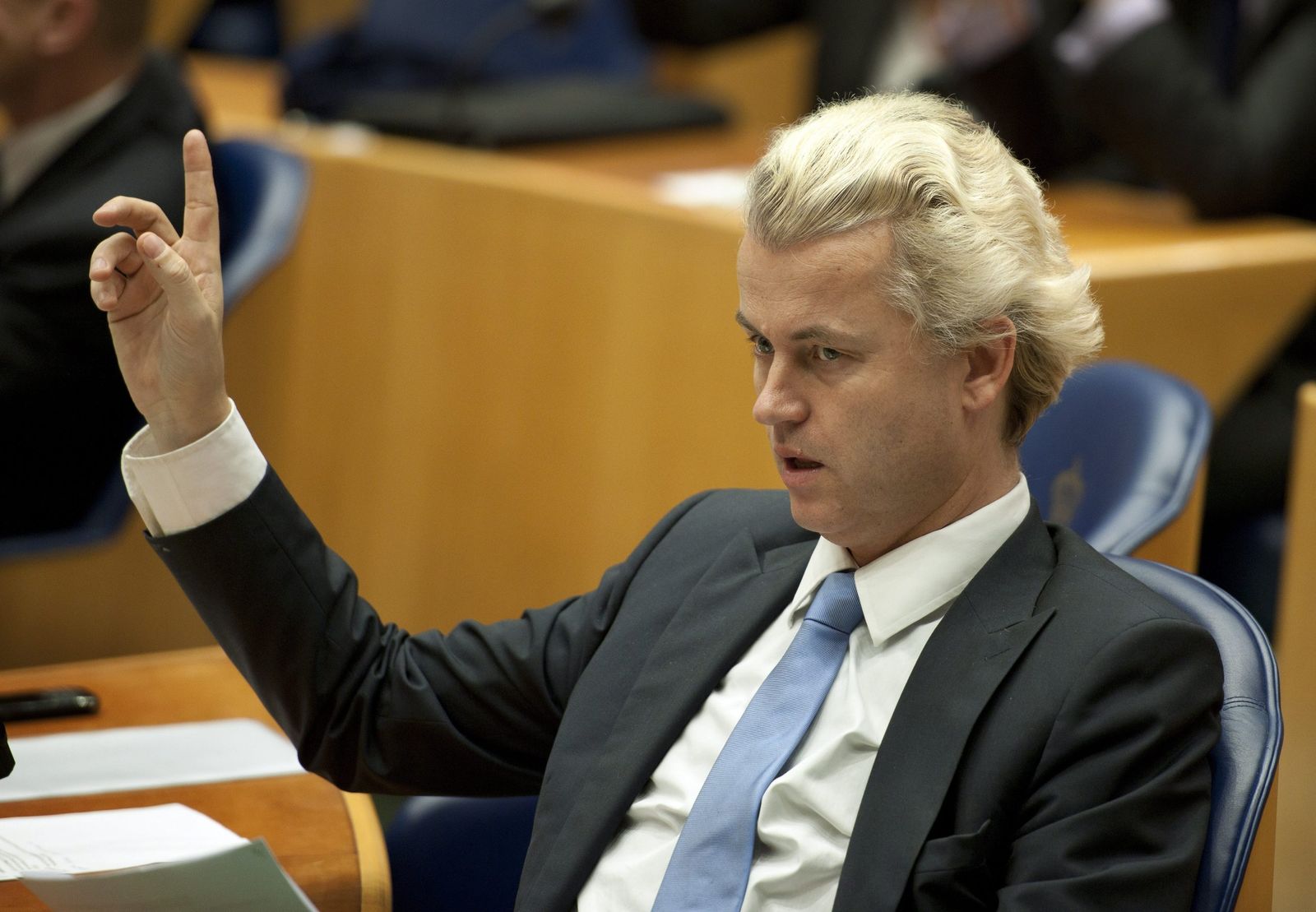