Silvio Berlusconi's demise had been forecast many times, but each time the wily Italian prime minister, nicknamed Il Cavaliere, managed to wiggle his way out of trouble. But now the end of the 17-year Berlusconi era appears to finally be in sight, after his pledge on Tuesday that he would step down once the Italian parliament pushes through a package of measures demanded by European Union leaders aimed at reducing Italy's vast debt and restoring investor confidence in the country. The move came just hours after a humiliating budget vote in parliament during which it became clear that the prime minister no longer had a majority.

On Wednesday, Berlusconi, 75, announced that he would not run if early elections are held and said that he expected elections to be held in February. He told La Stampa newspaper that former Justice Minister Angelino Alfano, 41, would be the candidate of his party, People of Freedom. The opposition, however, prefers a national unity government to early elections.

Hopes that Berlusconi's resignation promise would ease the pressure on the country proved unfounded on Wednesday, however, with the yield on 10-year Italian bonds hitting a record high of 7.36 percent despite the prime minister's statement. Most analysts consider 7 percent to be the level at which borrowing becomes unsustainable. Greece, Ireland and Portugal have all been forced to seek emergency EU funding when their borrowing costs hit the 7 percent mark. Interest rates on Italian sovereign bonds had climbed to well over 6 percent earlier this week, reaching 6.74 percent on Tuesday, the previous record level.

Relief on European stock markets also proved short lived. On Wednesday morning the FTSEurofirst 300 index of top European shares fell by 1.4 percent, reversing a 0.9 percent gain on Tuesday. Italy's benchmark FTSE MIB index was also down by 3 percent, while Italian banks Mediobanca and Unicredit saw their shares fall by 4.6 percent and 5.4 percent respectively. "There is no guarantee (Berlusconi's) successor will be able to do a better job," fund manager Christian Jimenez told the news agency Reuters.

Berlusconi had come under increasing pressure in recent weeks and months as a result of the euro zone's worsening debt crisis. There are concerns that Italy could become the next candidate for a European Union bailout, but there are worries that the country is too big to rescue on the model of Ireland or Portugal. Italian debt stands at 120 percent of the country's annual economic output.

Berlusconi has been a dominant fixture in Italian politics for 17 years and provided a degree of stability that the country had not enjoyed in the several decades between the end of World War II and Berlusconi's first election to the premiership in 1994. Recent years have been overshadowed by numerous scandals, including accusations that he had paid for sex with an underage prostitute. Many have accused the media mogul of seeking to change laws to avoid prosecution.

Berlusconi fought hard to remain in power, saying that he wanted to look at the "traitors" in parliament "in the face." His position became untenable on Tuesday when his closest parliamentary ally, Northern League head Umberto Bossi, urged the prime minister to step aside.

On Wednesday, German newspapers take a look at the implications of Berlusconi's announcement.

In a Wednesday morning editorial published on its website, the Financial Times Deutschland writes:

"The skepticism of the markets is appropriate: Following Berlusconi's announcement, it isn't at all clear what the future looks like for Rome. All options are on the table ... even Berlusconi's return isn't out of the question."

"It has become apparent what everyone actually always knew: There is a lack of alternatives to Berlusconi in Italy. The left has spent years criticizing the prime minister, making fun of his dyed hair and of his philandering -- but they forgot to present a political program of their own. The Berlusconi phenomenon, which has caused mystification outside of Italy, is the result of this weakness. Berlusconi is a joke. But behind him is a void."

"Berlusconi promised Italian President Giorgio Napolitano on Tuesday that he will step down when the promised austerity package is pushed through parliament. But because we are in Italy, some observers believe that even this is not Berlusconi's last act. He might, they believe, try to use some trick to hang onto power in the end."

"As such, it isn't quite time yet to analyze what the long-term effects of the 17 Berlusconi years might be for this grandiose, crazy country -- such as the shocking lack of gravitas, the egoism and the superficiality he introduced into Italian politics. At the moment, the fact that he allowed the country's economy to erode stands in the foreground. Interest rates for Italian sovereign bonds climbed to a record high of 6.74 percent on Tuesday. If the European Central Bank doesn't buy massive quantities of Italian bonds, then Rome will approach the territory which triggered bailout packages for Portugal and Ireland."

"That, though, won't be successful for long, given that in the next year, Italy must pay back a €300 billion tranche of its €1.9 trillion in debt. At the same time, Rome is losing €400 billion annually through tax evasion, corruption and the underground economy. A turn toward the utmost seriousness would be appropriate. It is clear what must be done and where reforms need to be made. Among the priorities should be injecting flexibility into the moribund labor market."

"It is by no means certain that investors will cease betting against the country without Berlusconi at the helm. What is sure, however, is that they would have continued had Berlusconi remained. Il Cavaliere is not to be blamed for everything, but he was a heavy liability for Italy. He had to go. For once at least, at the very end, it seems that he thought about what is best for his country."

"European partners are shaking their heads, and in Italy, too, no one can understand the pigheadedness of the prime minister, who remains glued to his chair. … Berlusconi's predecessors, like Giulio Andreotti, immediately stepped down after such defeats in parliament. But Berlusconi remains stubborn, because he does not have to step down as long as he does not lose a confidence vote."

"In addition to the political motivations, there are other reasons why Berlusconi has done nothing more than merely announce that he will step down in the future. Italian newspapers are widely reporting that Berlusconi wants to remain in office at all costs, even without a majority, so that he does not lose his immunity. His trials may have been eclipsed because of the current political turbulence, but four cases are still pending. Among them is the Milan court case in which he has been charged with abuse of power and prostitution involving a minor."

"A date has not yet been set for presenting the stability proposal to parliament, but the timeframe of mid-November is being discussed. That is good for Berlusconi, but bad for Italy and the markets."

"Silvio Berlusconi had presented himself as a savior for an Italy that was sinking into chaos. He said he had succeeded in making his company into one of the largest in Italy, and that he would likewise turn beautiful Italy into a thriving company."

"None of it was true, and none of his promises have come true. Italy is now worse off than it was before Berlusconi. For years, he attacked that country's democratic institutions using his parliamentary majority. For years, he was supported by the Vatican, which only distanced itself from him when the Holy See became aware of Berlusconi's sex parties -- or rather, when the sex parties became public knowledge. In the meantime, Berlusconi's business model for Italy has fallen into such disrepute on the stock markets that his departure is greeted with shrieks of delight. … His business model for Italy has failed miserably, as could easily be predicted. The state is not a company." 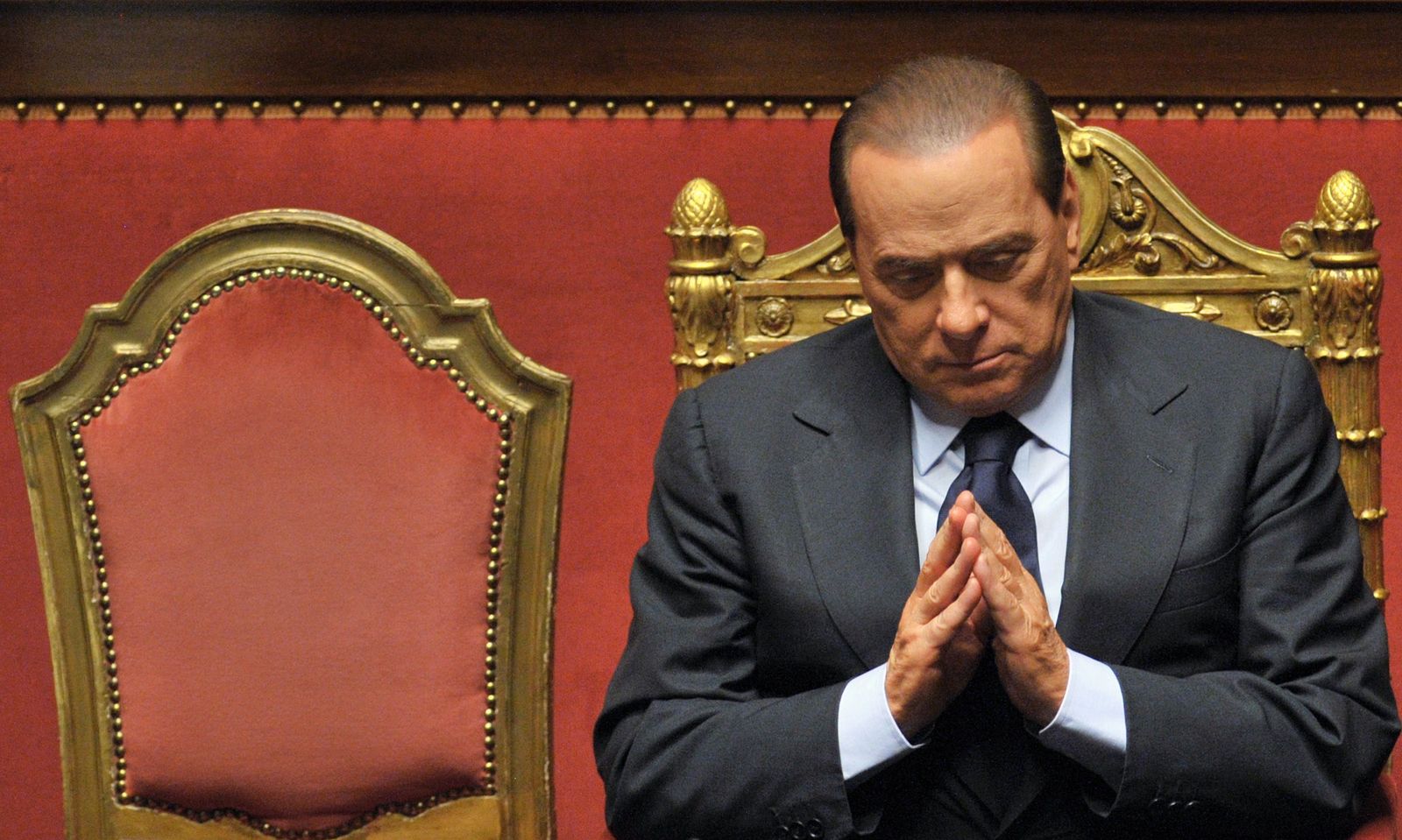