Pressure to find a solution to Europe's debt problems is running high. The extent of the crisis is all too clear to German Chancellor Angela Merkel and French President Nicolas Sarkozy who are scheduled to meet on Tuesday to look for a long-term remedy to the bloc's economic malaise.

One possible solution would be the creation of euro bonds, meaning that money borrowed by individual countries would be guaranteed by the whole bloc. Such a move, rejected by many German politicians, would increase the cost of borrowing in Germany and other, more financially stable, members of the currency union.

In a SPIEGEL interview, German Finance Minister Wolfgang Schäuble explained his opposition to euro bonds, saying "there is no unlimited support" for the common currency.

But for Greece, Ireland, Portugal and other countries struggling to keep up with soaring interest payments on their debt burdens, euro bonds would ease the pressure and, its advocates hope, avert potential defaults. Italian Finance Minister Giulio Tremonti argued the bonds would offer a "master solution" to the current crisis.

German commentators on Monday are split on the wisdom of adopting euro bonds. What some see as a lesser evil is seen by others as a politically explosive move towards a transfer union. But commentators agree that Merkel and Sarkozy need to move fast -- to avoid being overtaken by fast-moving events.

"There is a debt crisis in Europe and even Germany, the country in the strongest position, is not unscathed. Above all, there is a crisis of confidence, not only regarding the common currency's future, but also in the politicians' ability to steer us through the crisis. Political developments in euro-zone countries are failing to keep up with developments. Promises follow promises but they do not manage to inspire a sense of security. Breaking up the euro zone or creating a transfer union: the alternative, which is now looming, involves heavy risks, market turbulence and political dismissals."

"Euro bonds should avoid this. Maybe they are a miracle cure but, more likely, they are just a Band-Aid. Germans, whether they like it or not, are sliding ever deeper into a transfer community. Euro bonds are just another term for that."

"How much parliamentary debate can Europe allow itself? Such questions may sound heretical but they describe the dilemma that has become evident at the heart of the euro crisis. Serious political decisions have to be taken fast in order to be efficient. But the democratic process is time-consuming both on a national level, and, even more so, on a European level. Urgency and democracy are at odds with one another."

"It would be desirable to avoid euro bonds -- but realistically one has to assume that we will get them in the end, whether we want them or not. So it doesn't help to criticize the principle of these instruments, as, for example, economics minister Philipp Rösler has been doing. It would make more sense to start a debate about the conditions that should accompany the launch of euro bonds and the concrete design of such conditions."

"Three points are essential: 1. All euro-zone countries must include an effective debt-brake mechanism in their constitutions. Those should only be able to be overturned if a two-thirds majority votes against them. 2. Sanctions attached to the stability pact should be beefed up and imposed automatically. 3. A lack of budgetary discipline should be punished, for example, the nominal interest rate should be lifted in keeping with key indicators".

"The message that the conservative-liberal coalition politicians have been espousing since the beginning of the crisis is immensely damaging. Their position triggers alienation, and not only in neighboring countries which traditionally keep a close eye on Germany, both because of its economic clout and its history. When the largest nation treats the rest like a school master, it harms confidence."

"It is wrong that the politicians stick to the nationalistic rhetoric of fear instead of stressing the value of the European community. Right now it is urgently necessary that someone speaks of the positive aspects of Europe…. They should also remember which country has most profited from the union: Germany."

"Part of what is attractive about euro bonds is their simplicity: Speculation against individual states will cease as soon as all euro-zone members issue the same bonds. Calm will ensue, at least in this area."

"On the other hand such bonds incur a high political risk. After all, euro bonds would practically institutionalize a transfer union: Countries with fewer debt problems, like Germany, the Netherlands and Finland would face higher interest rates than they do today. But countries with a bigger debt problem will see their borrowing eased by lower costs."

"Whatever happens, euro-zone governments will have to concede more power to a European coordinating body. Given the population's rising skepticism towards Europe, it is too politically dangerous to toy with the explosive subject of euro bonds." 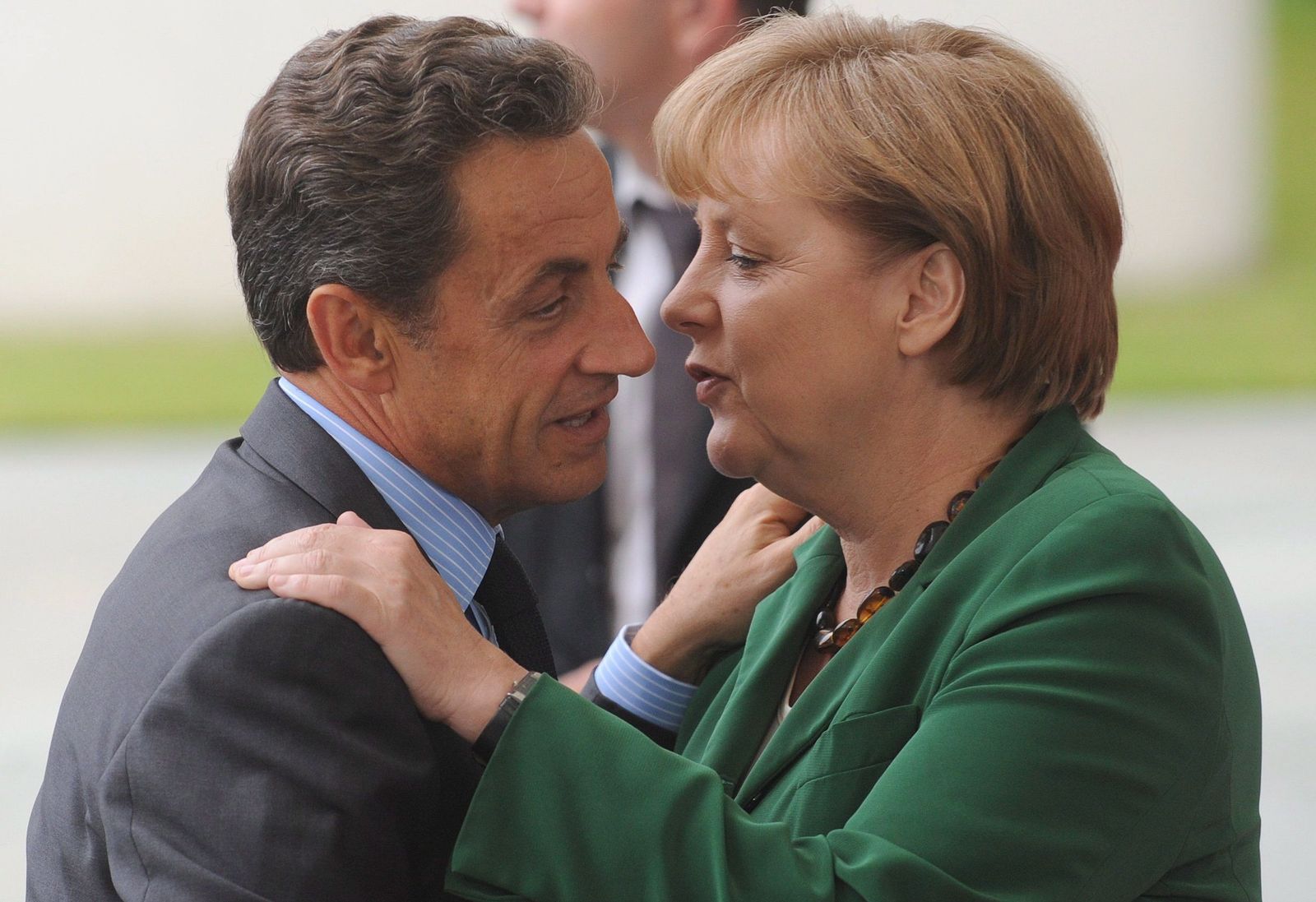 Will German Chancellor Angela Merkel see eye to eye with French President Nicolas Sarkozy at the crisis meeting on Tuesday?