Late last month, Portuguese Prime Minister Jose Socrates resigned after parliament in Lisbon rejected a series of new austerity measures his government had proposed to meet his country's 2011 deficit reduction targets. But now, with Portugal having formally requested aid from the European Commission to help it weather the debt crisis storm, the belt-tightening measures requested by the EU might be even more radical than those called for by Socrates.

"The package must be really strict because otherwise it does not make sense to guarantee anybody's loan," Finnish Finance Minister Jyrki Katainen said at a euro-zone finance ministers meeting in Gödöllö, Hungary on Friday. "The package must be harder and more comprehensive than the one which parliament voted against."

A spokesman for European Monetary Affairs Commissioner Olli Rehn also said that the reforms currently in place in Portugal were only a starting point and that the full program agreed to with the EU in exchange for aid would have to go much further.

Negotiations, though, promise to be complicated. Portugal is thought to need some €80 billion ($114 billion) to cover expected costs over the next three years. But Socrates and Finance Minister Fernando Teixeira dos Santos are only acting in a caretaker capacity until general elections scheduled for June. Portugal's main opposition party, the Social Democrats, are in favor of a temporary deal until a final agreement can be hammered out once the new government takes office. But Rehn on Friday said there will only be "one fully fledged program."

Following Greece and Ireland, Portugal is the third euro-zone country to make use of the European Financial Stability Facility (EFSF), the temporary aid vehicle which will be replaced by the European Stability Mechanism (ESM) in 2013. Finance ministers who gathered in Hungary on Friday said they were confident that Portugal's aid request would finally put an end to the euro debt crisis.

Spanish Finance Minister Elena Salgado said on Friday that it was "completely out of the question" that Spain would be the next euro-zone country to need EFSF assistance. "Our economy is much bigger, we have a much more diversified economy, we have a much better track record," she said. For the moment, markets seem to agree. Yields on Spanish bonds hardly budged on the news of Portugal's aid request. And the euro on Friday rose to a 15-month high against the dollar.

German commentators on Friday took a closer look at Portugal's debt problems and request for aid.

"For years, the Portuguese gave vent to their frustrations primarily by not participating in elections. But these days, hardly a week goes by without a public sector strike. Just a few weeks ago, major Portuguese cities experienced the biggest demonstrations since the end of the Salazar dictatorship in 1974. Portugal has stagnated for the last 10 years, and it is now facing yet another lost decade. By 2020, there will be an entire generation of young adults who have experienced nothing but one crisis after another. Portugal is wallowing in debt and the rigid austerity programs designed to reduce the budget deficit will only plunge the country deeper into misery. The tax hikes that are sure to come and the slashes in public expenditures, pensions and salaries will further undermine Portuguese purchasing power. It will also choke off demand and, with it, what little prospects of growth the country had left."

"The good news of the day was: Portugal's neighbor Spain was not penalized by the markets. But the question remains as to whether that will remain true in the mid- and long-term. Investors, currency funds and European partners, to be sure, have praised Spain for the rapid structural reforms it has introduced. But the international ratings agencies, which have become the new sovereign ruling over Europe's periphery, are already asking questions about the ability of Spain's banks to survive a new crisis situation. The dark game of dominoes, which began with Greece and has now taken its third victim, is not yet over."

"It is impossible for the political leadership of Europe's common currency union to end the debt crisis with a single move. Such expectations are unrealistic. But they could certainly do more to withdraw some of the uncertainty from the financial markets. For that, one thing is necessary above all: the courage to tell the truth. First and foremost, euro-zone countries must bring themselves to reveal the true losses their banks have experienced as a result of the euro crisis and the losses that could still be pending. Indeed, the new round of stress tests would be a perfect way to shed light on such questions. But euro-zone decision makers lack the courage. Once again, the stress tests are not testing which banks would be hit hardest in the case of a state bankruptcy in the euro zone."

"One has to assume that political interests are the reason rather than economic logic. A stress test which includes the sovereign bonds held by a bank would almost certainly reveal even larger capital shortages than are already to be expected. In Germany, it would likely be primarily the state-owned institutions, particularly the Landesbanken (eds. note: banks owned primarily by German states), which would be affected. And that is bad news for taxpayers. After they have already paid billions to prop up the banks, they would have to cough up even more. That, though, is something that Chancellor Merkel would rather not tell German citizens."

"It is preposterous that the EU is providing aid to a country whose own political parties were not prepared, despite the seriousness of the difficulties they faced, to agree on the necessary austerity measures. Before begging for help from taxpayers from other European countries, they should first do their own homework. One can already imagine how Portugal's political parties, once the aid package is agreed to, will blame the EU for the resulting austerity package. That is not good news for euro-zone solidarity."

"Despite the EU aid, Portugal's problems are far from solved... Greece and Portugal need to restructure their debt -- as soon as possible, and not only in 2013 as Chancellor Angela Merkel keeps promising to the financial markets. It is time that private investors bear the risk for their investments -- rather than making taxpayers exclusively responsible for euro-zone problems." 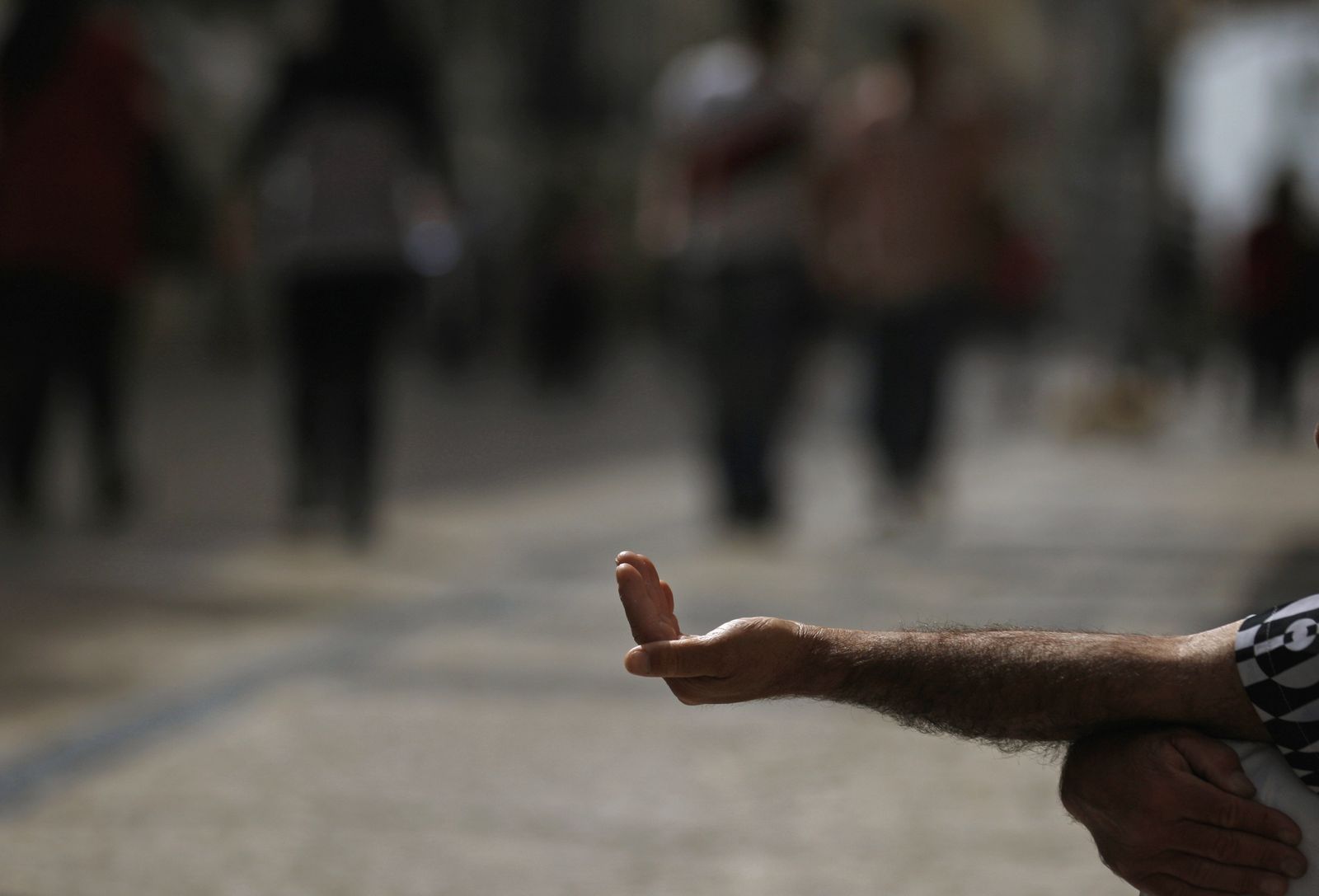 Times are hard in Portugal. And they are likely to get harder.