A few weeks ago, European leaders signed up to an unprecedented 750 billion euro ($920 billion) rescue package for Europe's hard-hit currency. But, as hindsight shows, it has not been enough to stablize the euro. Instead, the European single currency has continued its dramatic fall, recently hitting a four-year low against the dollar.

As politicians try to convince markets that they are serious about supporting the euro, belt-tightening has gotten into gear across the continent. Debt-laden Greece led the way, quickly followed by Portugal and Spain. Then, on Tuesday, Italy's government approved a €24 billion ($30 billion) austerity package, marking a blatant u-turn for Prime Minister Silvio Berlusconi. Italy's cutbacks are aimed at trimming its budget deficit -- which last year stood at 5.3 percent of its gross domestic product -- to within the euro-zone limit of 3 percent by 2012.

Germany is poised to follow suit and German Chancellor Angela Merkel has her work cut out. The government urgently needs to cut costs in order to comply with the country's new debt ceiling rule, and the German chancellor also wants to set an example for Europe on how best to cut costs.

Merkel, who has been criticized for a lack of decisiveness during the crisis, has repeatedly spoken out in defense of the euro. During her whistle-stop tour of the Gulf this week, she insisted the currency would regain its stability. "Let me tell you that the euro as a common currency has been, and will continue to be, a success story," she said in a speech in Qatar.

But her confidence was not echoed by US Treasury Secretary Timothy Geithner, who traveled to Berlin for talks with German Finance Minister Wolfgang Schäuble to discuss the debt crisis on Thursday. Speaking on Wednesday in London, he warned that, while the European Union has a good plan to address the crisis, it needs to move soon.

The euro staged a slight rebound against the dollar on Thursday but markets remained jittery over the question of whether European governments will manage to back up vows of support for the euro with concrete action. German editorialists on Thursday asked whether the continent's savings plans would be enough to save the common currency and Europe's struggling economies.

"Unfortunately there does not seem to be a coordinated approach to dealing with the mountains of debt, especially not within Europe. Spain is cutting civil servants' wages, freezing pensions and limiting public investment. Portugal is raising value-added tax, while the new British government is kicking off with an ad-hoc savings program. Greece, meanwhile, is cutting back in every imaginable direction. Even in Germany, the finance minister announced that he would save more than any of his predecessors. Together, they will save their way into the next recession."

"In this financial crisis, governments must quickly react to a number of completely new threats. A new and unprecedented experiment is underway. Never before have states moved to abruptly slow demand like this. The signs are that the economies will not withstand this pressure. Decisiveness is needed to rescue the euro, but also a certain amount of patience."

"The past 10 days were the most risky since the start of the euro crisis. Global investors fled from the euro, putting their money into US bonds instead. European banks had to suddenly pay a high price for the extra risk; share prices slumped. It was almost like the worst moments of the financial crisis. Now the situation has calmed down -- but the panic can return at any time."

"One country is to blame for this escalation: Germany. The Bundestag did admittedly pass the Greek rescue package last week, which should have calmed the markets. But instead markets were shocked by new measures designed to cull alleged speculation. These were new rules that no one outside Germany had expected and that (almost) nobody understood. The shock was not inspired by the contents of this package but rather the fact that the German government was pushed into senseless decisions by popular opinion and the opposition and the feeling they wouldn't have managed to get the Greek rescue package passed without these extra measures. Even worse, no one beyond Berlin had been informed about the plan. From the outside it looked as if Germany simply didn't know what to do (...). Under these circumstances, how can a crisis be solved?"

"At the end of the day, the crisis can not be tamed without economic growth. Cutting spending is an important part of the solution, but it is not the solution itself. Many neighboring countries are worried that if Germany economizes without making other reforms, it could push the whole continent into deflation. Angela Merkel should take these concerns very seriously."

"In Italy, tax dodging is almost a part of business etiquette. Small and large business deals are paid in cash to avoid the tax authorities. In its battle to shrink its national debt, Berlusconi's government is right to go after tax fraudsters by only permitting big money transfers to be completed electronically or by tracking illegal building activities using aerial photographs. If the government sticks to its plan, it could solve its biggest financial problems. But it would also be unpopular and could dampen the economy."

"At present, only a small amount of Italy's €24 billion savings package will be recouped in the battle against tax evaders. But the fact that the center-right government is daring to move in this direction is by no means due to Prime Minister Silvio Berlusconi. To the contrary, when his predecessor Romano Prodi began to close in on tax dodgers, the populist Berlusconi complained that it was 'robbery'. Now he has to move in the same direction. Thanks to Finance Minister Giulio Tremonti he has no choice. The finance and economy minister is one of the few Italian politicians who inspires trust abroad."

"Maybe, hopefully, the EU commission president is right: Sometimes crises can be for the best. We needed a euro crisis and painfully high interest rates to bring some, or all, European governments to their senses. Running budget deficits of 12 or 13 percent of GDP and more in order to pad out the social system, and national debts of over 100 percent of GDP, should have sounded alarm bells from Athens to Lisbon."

"Now Italy's center-right government is embarking on a savings program.... It can only be hoped that Berlusconi has garnered enough support that he doesn't fall at the first hurdle -- and that Italy's opposition does not begin a dangerous and foolhardy game like their counterparts in Madrid and Athens." 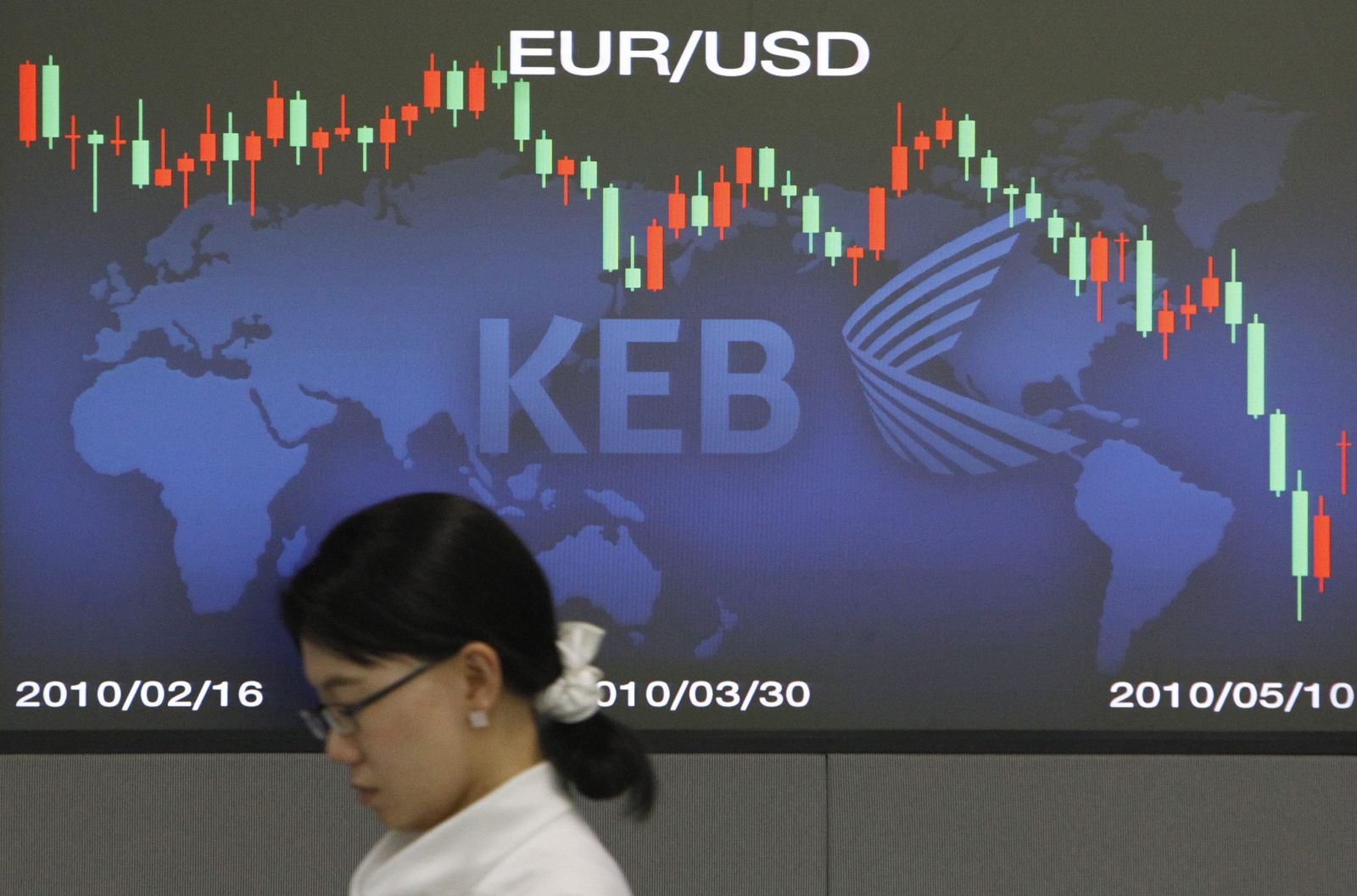 Down, down, down: Where will the euro's woes end?