Few issues are as sensitive in Europe than that of capital punishment. The death penalty is banned in each of the 27 European Union member states and media coverage is often highly critical of state-ordered executions in the United States and China.

Tuesday's execution by lethal injection in China of Akmail Shaikh, a 53-year-old British national with an alleged history of mental illness who was busted in 2007 for smuggling 4 kilograms (around 9 pounds) of heroin, is no exception. But coming just days after China stalled global climate negotiations in Copenhagen and issued a stiff, 11-year sentence against Liu Xiaobo, a dissident well known in the West, tensions between Europe and China have clearly been exacerbated.

Shaikh's family, politicians and British rights group Repreive, which mounted a Web campaign this month in an effort to save the condemned man, claim that the Chinese justice system brushed aside requests that he be given a psychiatric evaluation. Helen Pidd, a journalist with Britain's Guardian newspaper, meticulously profiles the man's apparent slide into mental illness -- a world where he suffered under the delusion he was about to become a pop star with his out-of-tune song "Come Little Rabbit," which he thought could help bring about world peace.

Family and friends claim he was duped by Eastern European criminals who he believed had connections to music producers and promoters into unwittingly smuggling drugs into China. Those familiar with Shaikh -- both in Britain and where he later lived in Poland -- described a man who behaved erratically, became estranged from his wife and showed signs of mental illness, including hundreds of delusional e-mails he apparently sent to the British embassy in Warsaw.

The outrage in Europe is centered on the question of why a man who appeared to be mentally ill was not given proper treatment. Under Chinese law, the prospect of mental illness must be considered before capital punishment may be applied.

In Britain, where Prime Minister Gordon Brown had personally intervened to seek clemency for Shaikh, the government summoned China's ambassador to a 45-minute meeting on Tuesday with Foreign Office Minister Ivan Lewis, who said the diplomat had been called to "hear of the government's regret that Akmal Shaikh's mental health had been ignored by the Chinese judiciary despite repeated interventions by those with an interest in his case." Such criticism extended across Europe, including Germany.

"To the Chinese leadership, this was about a demonstration of power rather than rule of law," said Günter Nooke of Chancellor Angela Merkel's conservative Christian Democrats, who is the government's top human rights official. For a number of years, Germany and the European Union have held a dialogue with China on the rule of law and human rights. In an interview with the Frankfurter Allgemeine Zeitung, Nooke indirectly suggested those talks could be jeopardized. He said Shaikh's execution showed "what wobbly legs our dialogue about greater rule of law and human rights in China are standing on."

Meanwhile, Renate Wohlwend, an official at the Council of Europe, the powerful European human rights watchdog, criticized the execution. "Capital punishment has a brutalizing effect in society," she said. "It must be totally removed once and for all from the legislation of all countries which strive to uphold democracy, the rule of law and human rights."

German commentators on Wednesday are universally critical of Beijing, with one of the country's largest newspapers accusing China of unacceptable immaturity on the global stage.

"The execution of a British citizen in China is causing far greater disturbance than it normally would, even if it were a European getting the death penalty in the United States. In the Chinese justice system, excessive killing isn't the only problem, and the execution of Akmal Shaikh is now drawing attention to that here at home. More than anything, the system lacks transparency and that makes it seem arbitrary. In the case of Shaikh, it is especially outrageous because even in China, the fact that he was mentally ill should have been treated as a mitigating factor. Was his mental state even examined? Were dozens of petitions taken seriously? In this case, the Chinese system also showed itself to be unrelenting politically, and that will have consequences."

"It is highly unusual for the prime minister, foreign minister and even the opposition leader to make a plea to a foreign government and then to be brushed off the way they were by China. Their pleas were ignored by the Chinese government and that points to a fundamental problem that is becoming increasingly frequent in dealings with China. China is a hypersensitive behemoth. Any time the country is criticized for its foreign policy (relations with rogue states, for example) or its domestic policies (its treatment of minorities in Tibet or Xinjiang, or human rights policies), it reacts aggressively. In simple political disputes, like currency policies or its obstructive moves during climate negotiations, it responds brusquely and with hostility. In its international dealings, China shows an immaturity that is no longer appropriate given its size and importance in the world. China warns against interference into internal matters, but that's an absurd, empty phrase in an interwoven world in which domestic situations indeed play a role in decisions on investments and political cooperation."

"China has taken a liking to ignoring Western wishes and input. At the global climate conference in Copenhagen, it was the main saboteur. A dissident who found resonance abroad received a long prison sentence. And now a British citizen has been executed, despite several pleas for mercy by Gordon Brown and his government."

"The man was condemned for drug smuggling in a hasty trial in which the court coldly brushed aside objections that the accused was mentally ill. What kind of person would come to the idea that if he smuggled 4 kilograms of heroin into China for two Polish drug smugglers that they would make him a pop star there?"

"The leaders in Beijing appear to be brimming with confidence, and Americans and Europeans are feeling it. And when they actually do dare to raise their voices, the Chinese comeback line is always 'respect our sovereignty.' The execution underscores the massive difference in the legal systems -- and China's contempt for the West."

"China has executed a drug smuggler and the fact that the man was British is incidental -- no foreign passport can protect someone who has crossed a border with 4 kilos of heroin. But the situation isn't as simple as it appears at first glance. It also has historical resonances. When the Brits used their power (close to 200 years ago) to destroy the Chinese empire through forced opium imports, China was powerless to act. So China's insistence to refuse to tolerate external interference today is even louder in a case where a Brit has been condemned for smuggling in enough drugs to 'kill 26,000 people.' One could even follow the reasoning there.

"But China's position highlights less of a legitimate consciousness of history than a revanchist national consciousness. If Akmal Shaikh had just been convicted as a straightforward drug dealer, the outrage in the West would have been limited. But if an apparently mentally ill man, whose culpability is questionable, was convicted as an historical scapegoat, then China shouldn't expect any understanding."

"The real reason for the outrage in London and the West is not the detestable death penalty itself  but rather the lack of transparency in the case. Akmal Shaikh was no political incident. Why didn't the court allow doctors to examine him? If it is true that the man suffered from serious psychiatric problems, it also would have been a crime under Chinese law to execute him. If he wasn't mentally ill, nobody in Europe would have applauded his death penalty  but they also wouldn't have been as loud in their denunciation of China.

"The answer is simple: China didn't want to set a precedent for a foreigner. The Chinese justice system issues more death penalties each year than any other country in the world. But it is too cowardly to provide proceedings that are transparent or anything close to adhering to the rule of law." 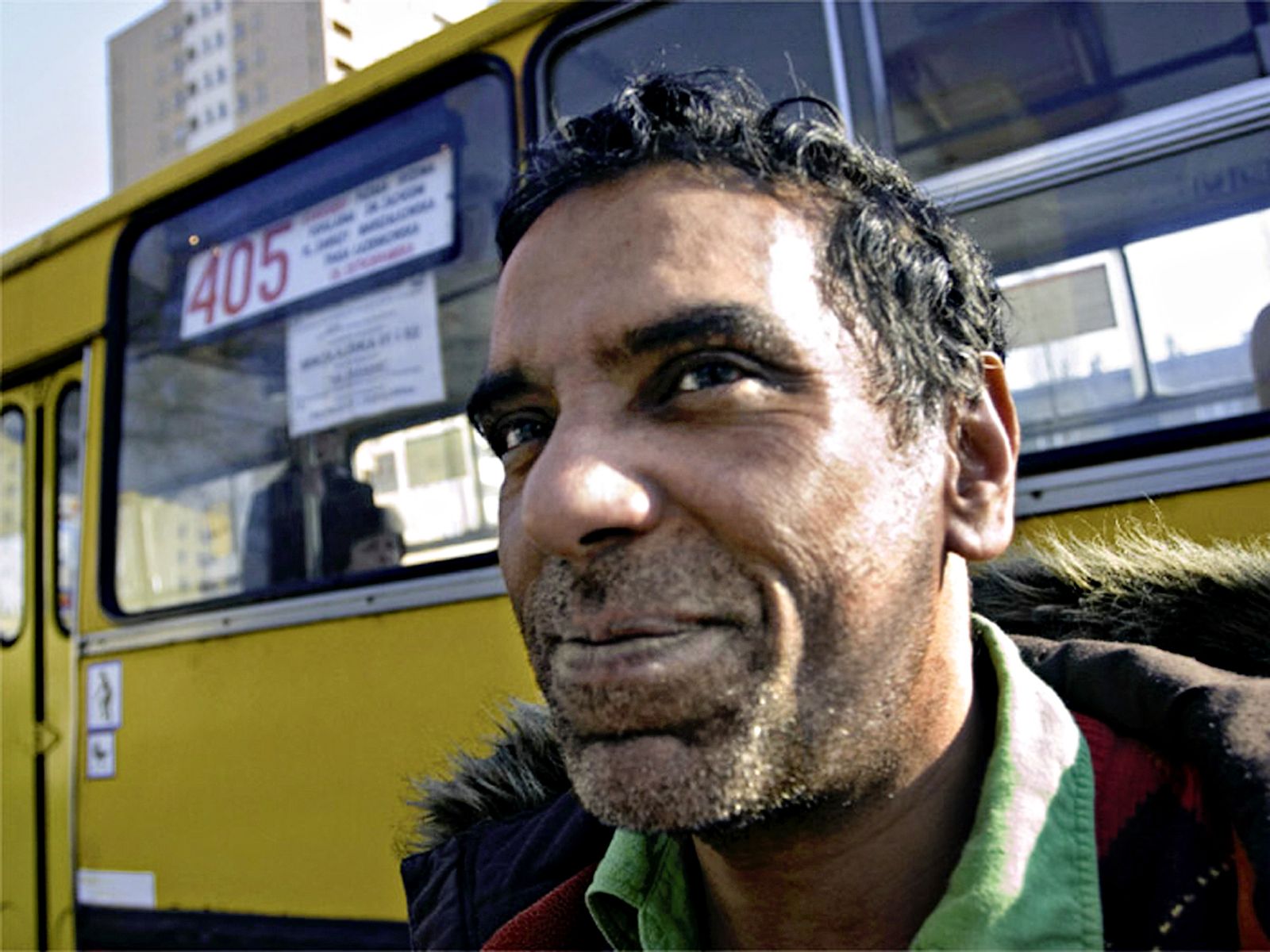