European markets and the euro are falling on worries that the euro crisis is about to engulf Italy and Spain, which analysts regard as too big to rescue. To make matters worse, the euro-zone finance ministers failed at their meeting on Monday to agree on a second bailout package for Greece.

They pledged longer bond maturities and a more flexible rescue fund to help Greece and other European Union debtors, but they set no deadline to act, merely saying new steps would be decided "shortly." They also declined to rule out the possibility of a selective default by Greece, even though the European Central Bank is opposed to such a move.

A decision has been postponed due to continuing disagreement over the terms of involving private-sector investors in a second bailout package for Greece.

The euro fell below $1.39 on Tuesday, down from €1.42 at the end of last week. and the yield on the Italian 10-year bond rose to 5.9 percent, above the 5.7 percent pain threshold identified by some market participants as putting Italy's public finances under heightened pressure. The yield on 10-year bonds issued by Spain, the euro zone's fourth-largest economy, rose to 6.28 percent.

German media commentators say the pressure on Italy, the euro zone's third-largest economy which has strong economic fundamentals despite its high debt-to-GDP ratio, shows that investors have no faith in the EU's crisis management.

The bailout efforts taken over the past 18 months have been piecemeal and achieved little more than buy time, they argue, adding that a fundamental reform of the euro zone's financial architecture is required: Member states may have to assume common liability for public debt in the 17-nation euro area via the introduction of so-called euro bonds -- a taboo until now because it enshrines the principle that strong euro-zone economies assume liability for the debts of the weaker ones.

"The next approaching crisis -- in Italy this time -- shows that the euro states' rescue strategy isn't working. In fact, it shows that one can't even call it a strategy, strictly speaking. Buying time, whatever the cost -- not much more than that has happened in the one-and-a-half years since the Greek crisis erupted."

"The problem is that buying time makes no sense. It entails the constant cobbling together of new bailout packages while the speculators and their henchmen, the rating agencies, set their sights on the next crisis candidate."

"Even though the Italian economy is fairly solid by comparison with the other crisis countries, the nation is an easy target. All market players know that the Italian debt mountain was the highest in Europe until the Greek crisis and that the Berlusconi government was usually too busy with other matters to worry about the dreary task of balancing the budget."

"If a rescue fund were to bail out Italy, it would be expensive. Very expensive. Maybe then the time will have finally come for the euro politicians to put an end to the incessant costly patch-up jobs, and to put the single currency on a new common footing. There has long been a plausible solution. It's called euro bonds. In future, all euro states would borrow funds together. Anyone who wanted to speculate against European government bonds would have to take on Germany, France and 15 other states. That would but up a roadblock to the wandering circus of speculators. It would be an opportunity to restore the primacy of governments over the markets."

"The case of Italy will show whether Europe is truly prepared to defend the euro. It's not enough to call for a few austerity packages or an increase in the rescue fund to €1.5 trillion. If the pressure on the country increases, Europe will have to break what has until now been a taboo: to pool the organization of borrowing and debt -- in a fiscal union with euro bonds. Alternatively, the EU must solve the problem on its periphery so fast, sustainably and decisively that the attacks on its core will cease."

"The EU is going to have to decide whether to abandon its monetary union or whether to assume common liability for the lion's share of the government debt. All interim solutions appear to be disintegrating and the strategy of postponing decisions is also reaching its limits. Plans to waive part of the debts will probably only work if the strong euro states give watertight guarantees for the rest."

"Italy's weaknesses have become a focus for all the doubts that in truth are directed at the euro overall: Will the euro states get to grips with the debt and currency crisis? Or won't they?

"The euro will only truly be saved if a convincing solution is found for Greece. That is lacking at present. Who still believes that constantly lending billions upon billions can do any more than postpone Greece's insolvency and debt restructuring?

"As long as the euro states just play for time and keep on shouldering new aid packages, the mistrust of the markets will remain -- and will in the end possibly focus on Germany." 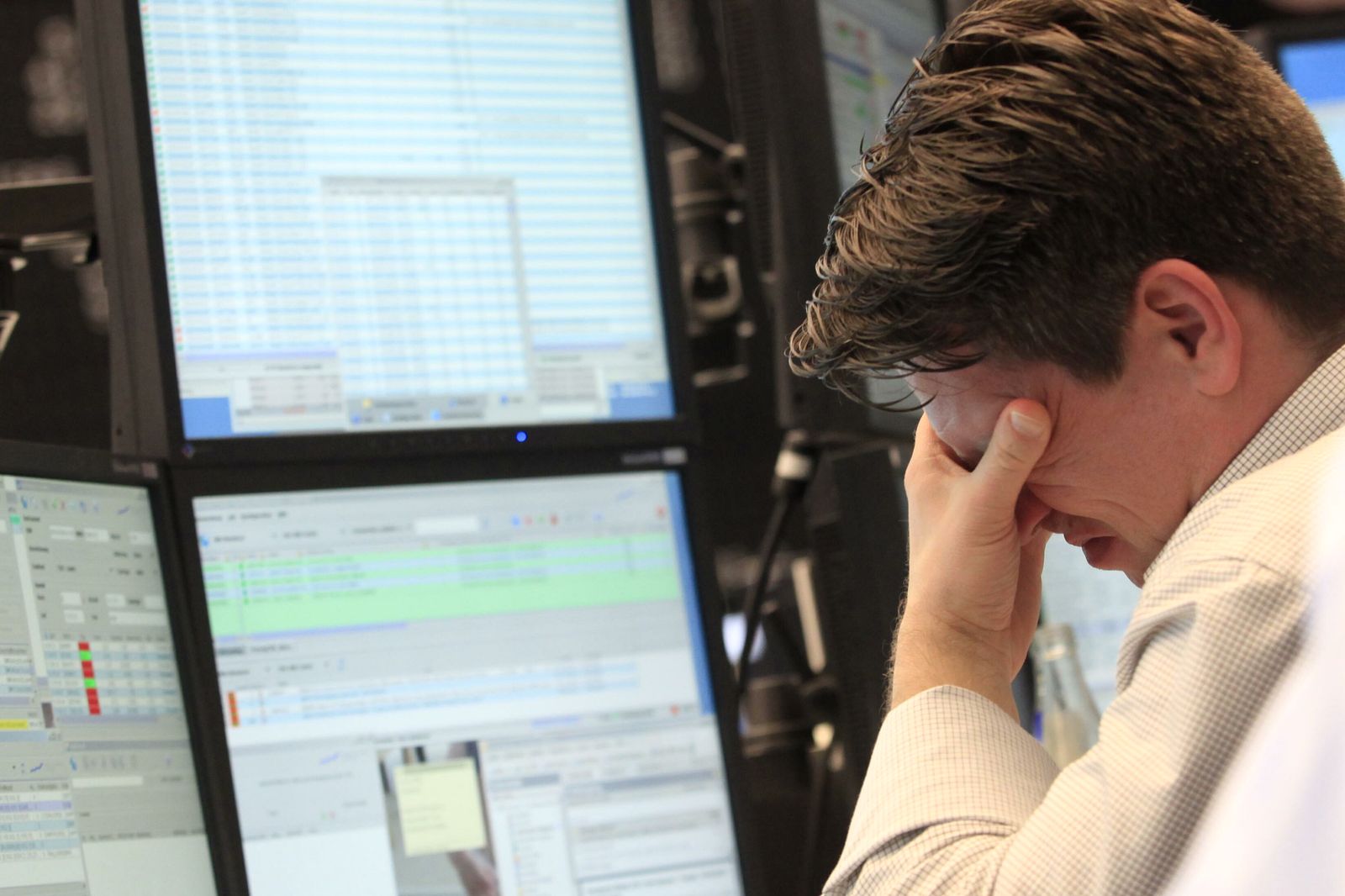 A share trader in Frankfurt. The euro debt crisis is escalating.