It was the first time a German president had ever addressed the Turkish parliament. But coming as it did just a few weeks after his remarks on the anniversary of German reunification that "Islam belongs to Germany," it was inevitable that there would be even more than the usual interest in Christian Wulff's speech on Tuesday in Ankara.

And he lived up to expectations: "Christianity undoubtedly belongs to Turkey" he said and called on Turkey to be more tolerant of its own Christian minority, while reiterating the positive aspects of immigration in Germany, which is currently in the throes of an at times ugly debate about Muslims and integration. "Religious freedom is part of our understanding of Europe as a community of values," he told the Turkish parliamentarians.

In Germany, he said, Muslims were able to practice their religion, pointing to the growing number of mosques being built there. "At the same time, we expect that Christians in Muslim countries be given the same rights to practice their beliefs in public, to educate new religious leaders and to build churches." Wulff was alluding to the problems faced by Christians in Turkey, who make up less than 1 percent of the population of 70 million, but who nationalists often consider a threat to the country's unity.

Wulff, who has only been president since July after his predecessor Horst Köhler unexpectedly resigned, did not shirk from addressing the current integration debate back home. He said that Turkish immigrants "belong in our country" and that immigration had made Germany "more diverse, open and connected to the world."

The president admitted that there were integration problems in Germany, such as the "persistence of social welfare, crime levels, machismo, and lack of educational achievements," He also called on Turks living in Germany to learn the language and observe the rules.

Speaking to the Turkish daily Hürriyet, however, he said that the did not agree that Turks were incapable of integrating, in direct contradiction to the statement by Horst Seehofer, leader of the Christian Social Union, Bavarian sister party to the Chancellor Merkel's Christian Democrats, of which Wulff is a member. Seehofer recently said that Turks and Arabs found it more difficult to integrate because they come from different cultures and suggested that Germany prohibit further immigration from foreign cultures. "I am against any kind of blanket judgement," Wulff told the newspaper. "I think it's wrong to claim that an entire group cannot and will not integrate."

The German press on Thursday broadly praises Wulff's performance in Ankara and many editorialists proclaim themselves pleasantly surprised by the new German president.

"In Ankara, speaking to the Turkish parliament, Wulff tried to bring some sense back to a German discussion about foreigners, immigrants and Islam that has gone astray. He didn't gloss over the problems of integration…. He spoke out against the fundamentalists and said he would tolerate 'no kind of extremism.' That includes the extremism of the center, recently represented by Horst Seehofer. Of course the president didn't say that. Wulff was rigidly diplomatic -- and yet very clear."

"Wulff is a president who uses poor rhetoric to say something good. Such a president is far more preferable than someone like Horst Seehofer, who verbosely speaks such rubbish."

"Racism is becoming socially acceptable again in Germany. It is good that President Wulff has found the right words in a discussion that is marked by resentment and ignorance. And he did so again in Ankara."

"That he dared, before the Turkish parliament, to address the problems of integration as well as the Turkish state's shabby handling of the harmless demands of its tiny Christian minority, commands respect. It is clear that without a successful integration of Turkish immigrants in Germany and equal rights for Christians in Turkey, the country will never join the EU. The current government in Ankara seems to know this."

"In Ankara, Wulff signalled that he is not subordinate to Angela Merkel or the Christian Democrats. With clear words he took a stand against those who villanize Muslims as unwilling to integrate per se. Even his criticism of the Turkish government was also aimed at the Germans. If he demands respect for Christians in Turkey, then he is pacifying those who criticize his warm words for Muslims in Germany. Conversely, he is, however, also saying that Germans can't stand up for Christians in Turkey, when they don't tolerate Muslims themselves."

"Wulff could have chosen the easier path and humored Merkel and the German people. But he didn't do so. He says what he thinks is right, even if he doesn't make any friends doing so. That is exactly what one would expect of a president."

"Without using the term 'privileged partnership,' he did not stray from Angela Merkel's line. Despite all the friendliness he did not scatter goodwill roses to the country, rather he politely but firmly pointed to Turkey's deficiencies. He unmistakably … described integration as also being the responsibility of those living in Germany with a Turkish background."

"It was not easy for his audience to hear how Wulff recommended that Turkey -- the state of Ataturk -- find a path toward religious pluralism, thereby coming to the defense of Christianity. In a mirror image of his previous speech in which he said Islam belonged to Germany, he now said that 'Christianity undoubtedly belongs to Turkey.' Wulff was completely firm: religious freedom is non-negotiable. He did not humor the Turkish government or the Turkish mentality. A successful tightrope walk."

"A president like Christian Wulff isn't only speaking to the Germans when he speaks in Germany. And when he speaks in Turkey he is not only addressing the Turks. He is speaking to everyone everywhere. That is why when he says that Christianity 'undoubtedly' belongs to Turkey, it is not only aimed at the Turks. The words are also aimed at those Germans who have been outraged by his political statement that Islam belongs to Germany." 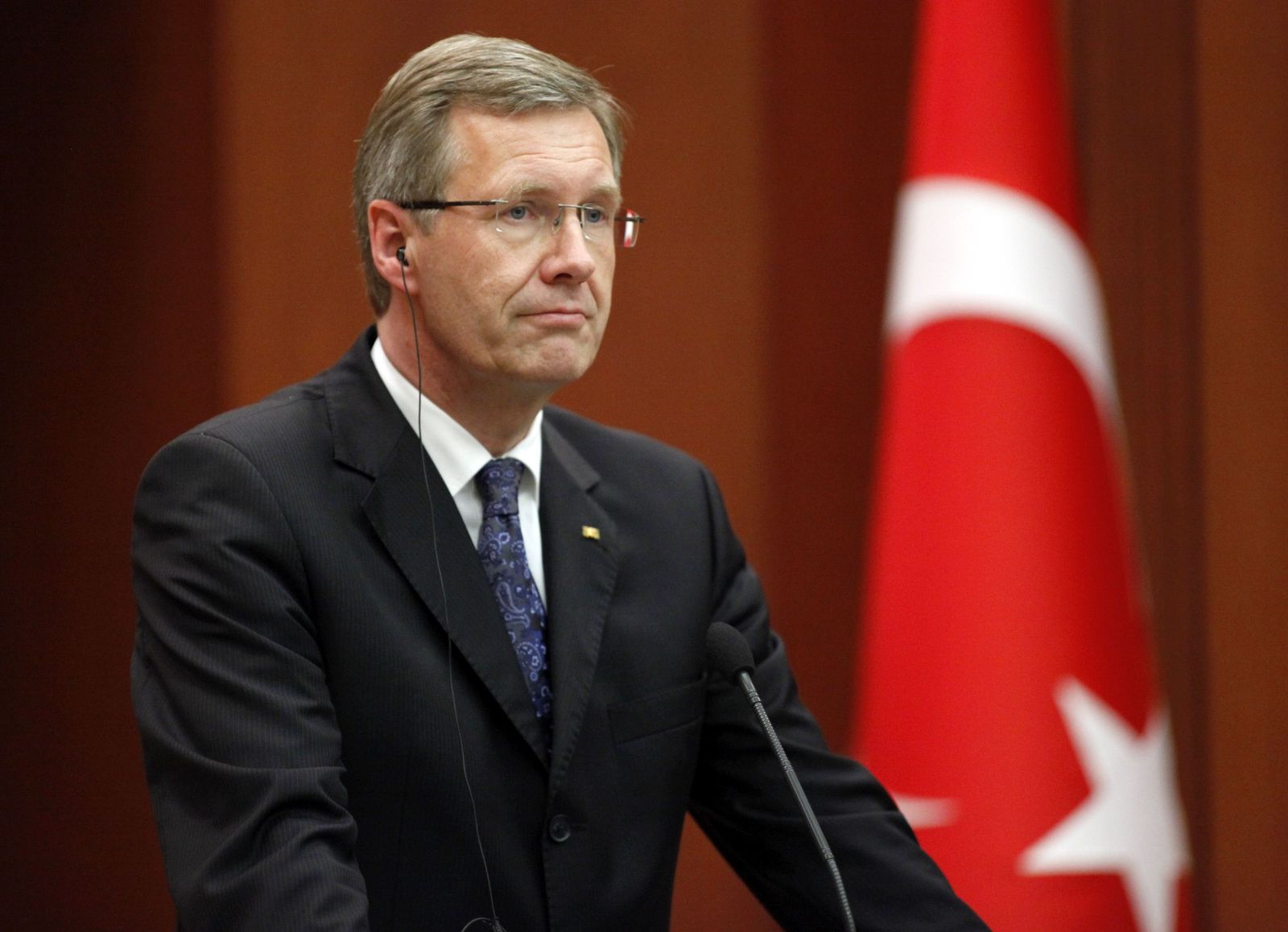