After lengthy talks on Sunday night in Luxembourg euro-zone finance ministers announced that they would withhold the next tranche of financial aid to Greece until the government in Athens passes new austerity measures. The decision was clearly meant to pressure the Greek government and parliament to do their part in battling the country's ongoing debt crisis. Markets, however, have interpreted the move as a continuation of European indecision which has characterized the most recent Greek debt flare up.

Greece faces insolvency in mid-July should it not receive the €12 billion ($17 billion) payment from the €110-billion package set up last May, but resistance from the opposition has threatened to torpedo the necessary austerity measures, set to be passed by parliament next week. The euro group has been urging Greek lawmakers to support the package and a cabinet reshuffle undertaken by Prime Minister Giorgios Papandreou last week appears to have quieted a growing revolt within his socialist party.

Europe, meanwhile, continues to struggle with reaching consensus itself. For weeks it has been apparent that Greece will require another outsized bailout -- estimates go as high as €120 billion -- in order to remain solvent until 2014. So far, though, European capitals have yet to agree on the degree to which private investors will participate in such a package. On Monday morning, however, euro-group head Jean-Claude Juncker, who is also the prime minister of Luxembourg, said that private sector involvement would be encouraged, but not required.

Specifically, the ministers said in a statement that private sector holders of Greek bonds would be encouraged to buy new bonds as old ones mature. Euro-zone officials are concerned that ratings agencies would interpret any signs of coercion as a default. "No pressure may be exerted on the private sector," Juncker said.

German commentators on Monday called for an end to the dilly-dallying.

"The euro, a symbol of European unification, is in danger. The union must immediately show that it even still exists. For a long time this crisis hasn't been about the debt piles in Greece or other countries, or the money with which these heaps will be cleared. As absurd as it sounds, there is enough money there. Instead, the European Union is squandering the most valuable capital it has -- its credibility. After many months of disastrous crisis management, faith that Europe can conquer the crisis together is dissolving."

"Europe fears that a few bush fires in the periphery could start a wildfire -- and is still trying to put them out with a few buckets of water instead of calling in the fire brigade. The collective couldn't present itself in a weaker light …The 27 government leaders must really think it over and clarify where they want to take Europe …The goal must be the further unification of Europe."

"The idea to create a European monetary fund comes from German Finance Minister Wolfgang Schäuble. It's hardly believable that the world's second-largest currency doesn't already have such an independent institution … Perhaps some things are too ambitious for the moment, but there's no reason not to try."

"European governments have been trying to prevent the outbreak of a debt crisis since the end of 2009. These efforts threaten to fail. Greece, the first country to that Europe jumped to aid now stands before bankruptcy, and many others seem to be rapidly on their way to similar emergency status."

"We can't only attribute the failure of aid efforts to the affected countries being unwilling to get their finances in order.... The heart of the problem is rather Europe's indecision. From the very beginning, European governments swayed between two separate aims. The first was that of financially supporting member states which, due to their heavy debt loads, had been cut off from the financial markets. At the same time, these countries were to be pressured to clean up their public finances."

"The second aim ... was that of preventing the contagion's spread to countries which are under fiscal policy pressure but which are far from insolvency. These countries cannot be allowed to descend into a situation in which they can no longer finance themselves on the financial markets."

"Allowing this tension between traditional financial assistance, like that of the IMF, and the attempt to prevent an increase in credit costs for other countries, is proving to be a serious mistake."

"In light of the dangers the Europe should avoid a debt restructuring for Greece until Europe's biggest crisis countries are on their feet again. In the meantime Greece and Portugal will likely need further financial assistance."

"How can this be explained to taxpayers who are already carrying the financial burden of other countries? That's only possible by making it clear that otherwise they'll pay a much higher price -- namely the costs of the collapse of the currency union. Even when losses remain after the bailouts, it still doesn't equal a transfer union. We have simply paid the price for the knowledge that a currency union can't function without collective fiscal policy discipline."

"The euro-zone is betting that private investors will willingly take part in solving the Greek debt problem. That is the worst solution of them all … The 'voluntary' solution would bring no relief and the debt burden of the country would remain unsustainable."

"Only an organized, market-oriented and partially enforced debt swap could restore debt sustainability and prevent a domino effect. A purely voluntary approach makes the debts even less sustainable -- and increases the danger of a disordered solution -- should term extensions price in the liklihood of payment defaults." 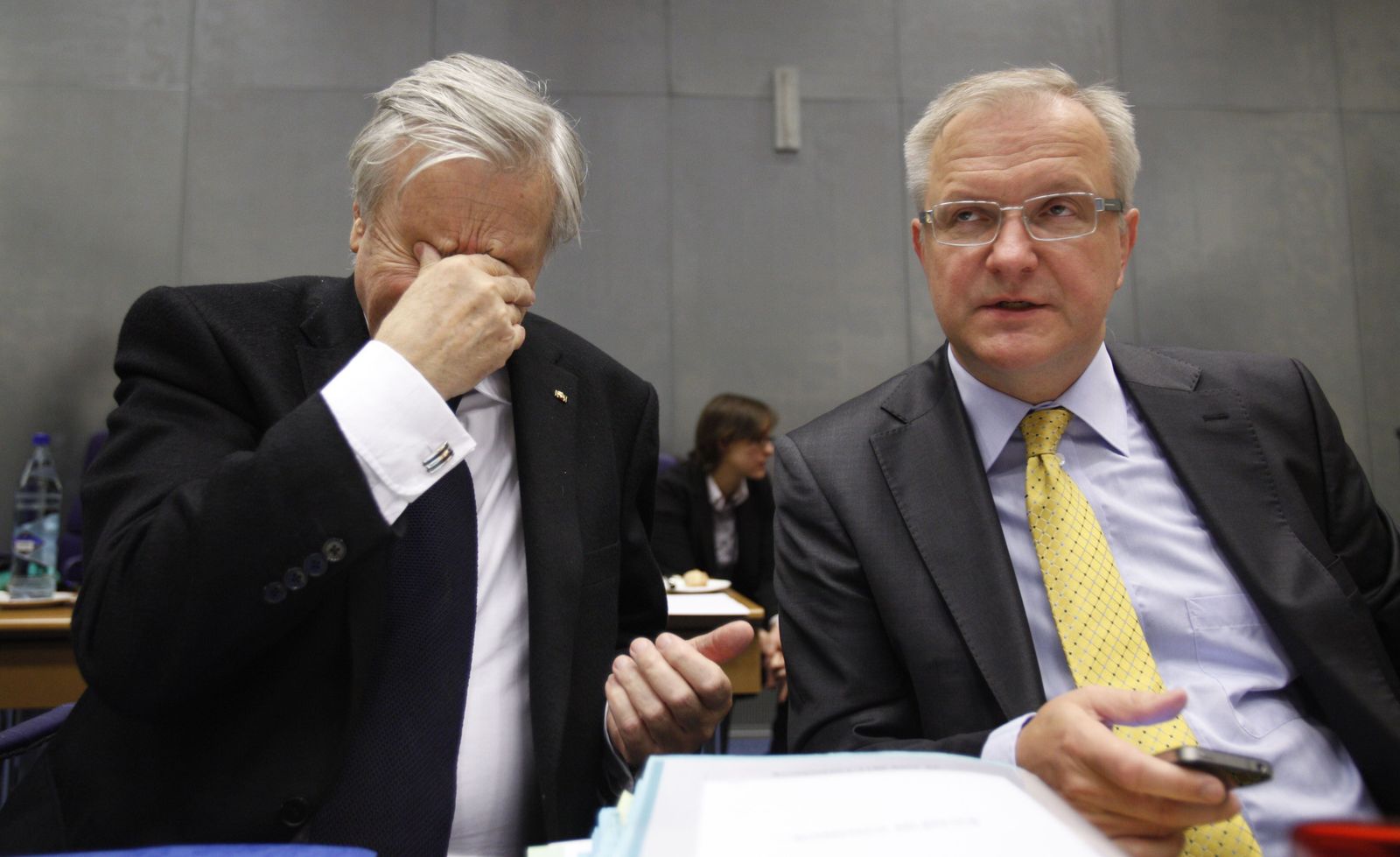