Controversy has erupted in Poland over a decision not only to bury President Lech Kaczynski and his wife, Maria, among the most august in the country's history, but also to bury them at all before the investigation of the airplane crash that killed them has been closed.

The two were among 96 Poles -- including dozens of political, military and religious leaders -- who died Saturday when his aging Tupolev airplane crashed in thick fog while trying to land at the Smolensk airport in western Russia. The delegation was traveling to nearby Katyn to commemorate the 70th anniversary of a 1940 massacre in which the Soviet Union's secret police executed more than 20,000 Polish military leaders and intellectuals.

Russian investigators who have examined the plane's flight recorders have not found any indication in the yet-to-be-released transcripts that would indicate there were any technical problems with the plane and, instead, suspect pilot error may have been behind the crash. Moscow also says that Russian air traffic controllers had repeatedly warned the plane's pilots not to attempt a landing given the worsening weather conditions.

Polish authorities are reviewing the data and have pledged to discuss their findings in public on Thursday. The delay has upset many Poles and allowed conspiracy theories to gain strength.

Who Can Designate a Hero?

Meanwhile, the bodies of the president and his wife are lying in state in the presidential palace, where they have been visited by thousands of mourners. If all goes according to plan, they will be buried in a state funeral Sunday at the 1,000-year-old Wawel Cathedral, whose crypt has been the resting place for Polish monarchs and national heroes for over 600 years.

Still, the decision to do so -- which, according to the AP, the Kaczynski family made along with Catholic church without public debate or a vote in parliament -- has sparked a wave of protests. On Tuesday evening, hundreds gathered in front of the residence of Krakow Archbishop Stanislaw Dziwisz to protest the decision. A day later, 300 people protested in Warsaw, bearing banners saying such things as "Warsaw for President, Wawel for Kings." The crux of their argument is that, despite his tragic death, the often-controversial president does not merit a place among the most esteemed figures in the country's history.

In Thursday's newspapers, German commentators tend to agree with the protestors, attributing the decision to the surge of emotion spawned by the tragedy. They also worry that burying him before the investigation is complete will merely provide more fodder for the suspicious.

"The overwhelming majority of Poles viewed Kaczynski as an often blundering president who was not held in high regard by Poland's European neighbors.  The country's government now finds itself in a tight spot. On the one hand, it is besieged by Kaczynski's opponents and, on the other, its reservations about burying him at Wawel are being chalked up as proof of a lack of patriotism. But even intellectuals and artists  are firmly opposed to interring the hapless president among the greats in Poland's history. As they see it, doing so would diminish the accomplishments of all the others resting in the crypts of the Wawel. Ironically, it would now appear that a cardinal, who has himself declared instilling patriotism as numbering among the Church's duties, has sown discord among the Poles during its week of great sorrow."

"About 500 people in Krakow have demonstrated against burying Kaczynski in (Wawel). And they are right to do so, not only because a Polish president has never been buried there, but also because the investigation into the accident has yet to be closed."

"Although the Polish government already has the black boxes, the transcripts from it haven't been made public, which increases the indications that the pilots  might have been pressured by their superiors to attempt the landing. Could it have been Kaczynski or one of the generals who forced the pilots to do so?"

"As long as it remains unclear who made the fatal decision to land in Smolensk, the decision regarding the final resting place of the president and first lady should be put off. And, in any case, it shouldn't be in (Wawel), where Poland's kings, national poets and saints are buried. The fact that Kaczynski died in a tragic airplane accident doesn't make him a national hero."

"Paying Kaczynski this respect also allows the government to pin blame for the accident on someone before the national week of mourning has ended. Moscow is saying that pilot error caused it and that (Russian air traffic controllers) had expressly and repeatedly warned the pilots not to attempt a landing in Smolensk."

"Should Poland's government also choose to accept this version of events, the reputation of Polish pilots would also suffer. Pilots who can't correctly evaluate dangers present a security risk. It's high time for the black boxes' transcripts to be made public. We need the facts."

"It was only in 1993 -- or 50 years after his death -- that Wladyslaw Sikorski, Poland's leader-in-exile in World War II, was buried in (Wawel). The next person to be buried in the Poland's Pantheon was Jozef Pilsudski, the national hero who helped found the modern Polish state. But, after dying in 1935, it still took two years of fighting before a final decision was made about which spot the pugnacious (and not very pious) statesman deserved in the church. Given these precedents, it's no wonder that people are criticizing the decision to bury President Kaczynski there. While he was alive, no one in Poland would have thought of granting him a place among the kings and intellectuals in Poland's history. The only thing elevating him to this level is the swelling of emotion felt in the core of Polish society." 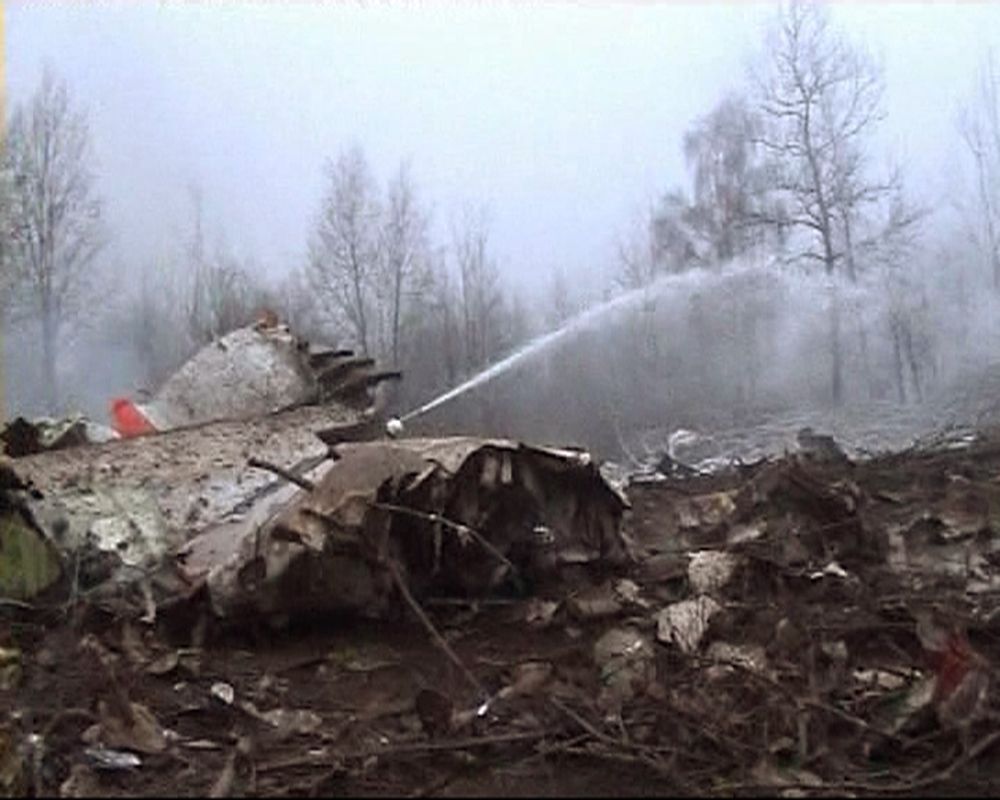 Kaczynski and his wife were among 96 Poles -- including dozens of political, military and religious leaders -- who died Saturday when his aging Tupelov airplane crashed in thick fog while trying to land at the Smolensk airport in western Russia. The delegation was traveling to nearby Katyn to commemorate the 70th anniversary of a 1940 massacre in which the Soviet Union's secret police executed more than 20,000 Polish military leaders and intellectuals.