Denmark officially stepped up customs controls at its borders with Germany and Sweden on Tuesday, a move that has proved highly controversial within the European Union. Many politicians argue that by sending out 50 additional customs officials to the borders, Copenhagen is likely violating the Schengen Agreement, the treaty which established border-free travel in Europe in 1985.

"It is not a good development," German Foreign Minister Guido Westerwelle said on Tuesday evening, warning of a "renationalization" of European policies.

Germany has led criticism of the decision, which Copenhagen says is meant to fight cross-border crime and illegal immigration. Denmark claims the random checks won't hamper traffic, but critics say that's not the point. On Tuesday, Jörg-Uwe Hahn, a European parliamentarian for the pro-business Free Democratic Party (FDP) from the German state of Hesse, went as far as suggesting that Germans should boycott Denmark on their summer vacations.

"Freedom of travel is one of Europe's most visible achievements," he told Danish daily Jyllands-Posten. "Those who assail it ... are carving away at the European idea."

Another German member of the European parliament, Alexander Alvaro, called the new border checks a step backward which "endangers the cohesion of the European Union as a whole."

Some EU officials seemed less concerned, though. Michele Cercone, spokesman for the EU's Home Affairs Commissioner Cecilia Malmström, said Tuesday that Denmark had signaled it would work together with the EU and did not intend to break European law. Still, EU officials plan to monitor Danish customs checks, he said.

The decision to beef up border controls was pushed through by Danish Prime Minister Lars Lokke Rasmussen's center-right government in May at the behest of the right-wing populist, anti-immigration Danish People's Party (DF). Because Rasmussen's government does not have a majority in parliament, it relies on support from the DF, which leveraged its vote on the government's new 2020 budget reform plan to get the border-control measure passed.

On Wednesday, German commentators argue that with right-wing populist ideology gaining ground across Europe, and with the common currency at risk too, the EU can't afford to tolerate Denmark's affront to the European principle of open borders. Though the new controls may appear to be purely symbolic, a failure to act could threaten the European principle in the long run, they say.

"This is not about the blood alcohol level of travelers stopped at the Danish-German border. This is about symbolism."

"It can only be understood against the background of the power gained by right-wing populists in the last 10 years within Danish politics. ... But suddenly out of their 'ordinary' domestic policy tactics, a European question that goes beyond just Denmark has emerged. Copenhagen doesn't want to simply back down -- even if most experts say the new border controls are more or less useless in fighting criminality and illegal immigration. But neither can Germany and the European Union afford to back down. If they allow Denmark to interpret the Schengen Agreement so narrowly, other nations will follow. And then European freedom of travel is over."

"Right-wing Danish politicians couldn't wish for better election campaigners than the German Free Democrats who, among other things, called for a boycott of the tiny, lovable vacation destination. Until the Wehrmacht (Nazi Germany's military) marched into Denmark, the German-Danish relationship was characterized by trust and closeness. But since the occupation there has been distrust and prejudice. Many Danes identify the European process of unification with a creeping re-Germanization of their country that is playing out through Brussels."

"Hesse's European minister has gone too far with his anti-Danish vacation recommendations. In the run-up to the Danish parliamentary elections in the autumn, (Hahn's call for a boycott) will come back like a boomerang. Such insensitive rhetoric is welcome assistance for the anti-European Danish People's Party."

"Those who want the border controls to disappear shouldn't provoke the Danes. They are stubborn and won't suffer being told how one should behave in Europe -- least of all by the Germans."

"First the Greece crisis, then the euro crisis, and now the crisis of faith. The doubts over the European project are spreading at an unsettling pace. But instead of confirming the unity of the European Union, Denmark is throwing oil in the fire by strengthening its border controls … Still, the decision by the Copenhagen government has a symbolic character."

"The Danish government can't be criticized harshly enough by the European Commission and the German government. Both rightfully sense a violation of the Schengen Agreement."

"If Europe doesn't want to lose its ideals, member states must increase pressure on Denmark to roll back the border controls. That alone would be a sign that the European idea survives."

"Sure, there have been protests from Germany and other countries. But none of the heads of state or government has put any serious pressure on the Danish prime minister, such as with threats of political sanctions … The European Commission has known what the Danes were planning for almost two months. Yet they have only reviewed, reviewed and reviewed."

"The Danish example will catch on because no one is standing resolutely in their way. That is a catastrophe for Europe -- because the populist temptation to close borders against undesirables is rife in other countries as well. Those who don't want this must act. It's no excuse that the euro crisis is simultaneously taking up almost all of the continent's political energy … Freedoms are just as important for the EU's survival as the currency."

"When Denmark denounces (Europe's failure to tackle immigration and crime), Copenhagen is indirectly putting itself in the pillory. After all, the problems and failures can't just be the fault of everyone else. But is that even what Copenhagen cares about? Fifty additional customs officials who will conduct random checks -- and not even around the clock -- are nothing more than symbolic. Those who claim to understand Danish domestic policy call it nationalistic. But in that case, what is (Jörg-Uwe Hahn's) call for a vacation boycott? It doesn't exactly sound like a vocal commitment to Schengen." 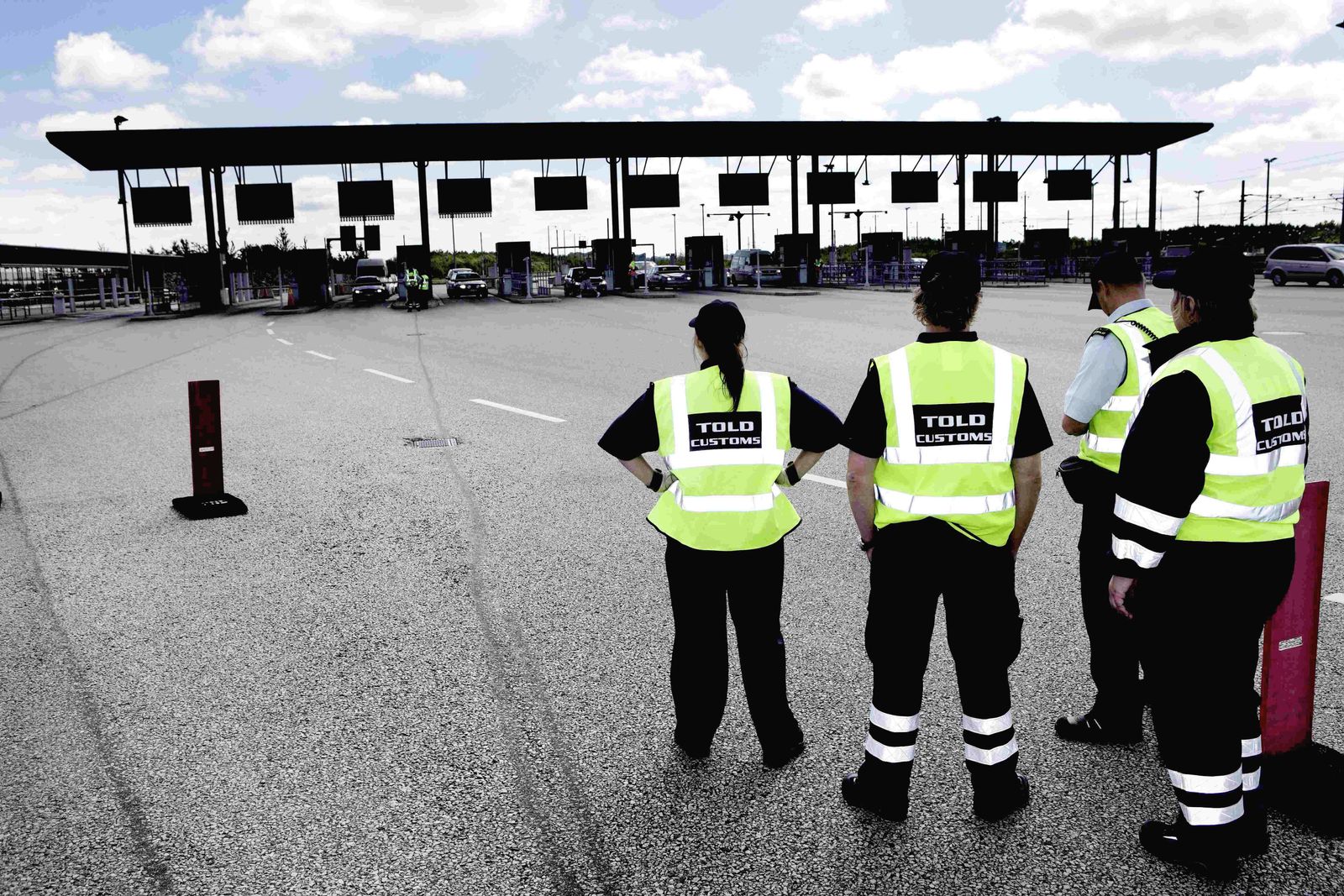