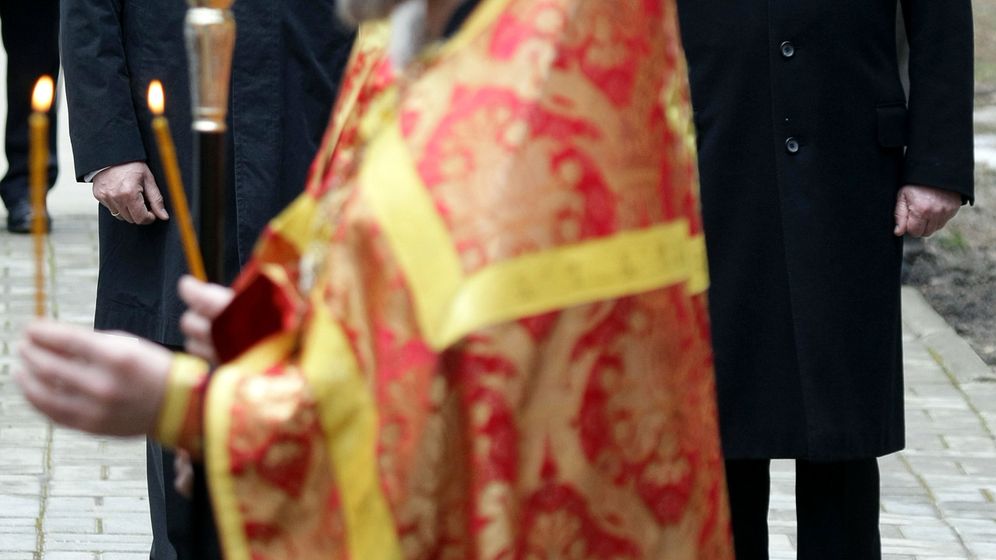 Relations between Warsaw and Moscow have been consistently patchy, but more often downright sour in the two decades since the fall of the Iron Curtain. But events on Wednesday brought a spring thaw that could bring positive developments for ties between the two countries in the years to come. Russian Prime Minister Vladimir Putin broke with the past and invited Polish Prime Minister Donald Tusk to a join him for a joint memorial ceremony in the Russian town of Katyn, where Soviet soldiers massacred up to 22,000 Polish officers, officials, priests and intellectuals during World War II.

A day before he left for Katyn, Putin repudiated the killings, which Stalin signed off on. "In our country there has been a clear political, legal and moral judgment made of the evil acts of this totalitarian regime, and this judgment cannot be revised," the Russian prime minister said, according to the Associated Press.

But the Russian prime minister stopped short of apologizing for the Katyn massacre, and -- to the frustration of many -- said that Russia wouldn't disclose the names of those who perpetrated the killings or release related documents from Soviet archives.

Although the historic joint ceremony is being widely viewed as a breakthrough in Russian-Polish relations, it left German commentators feeling cold. German editorials on Thursday suggest that Russia's contrition only went as far as the government's pride would allow.

"When former intelligence officer Vladimir Putin, of all people, has become the first Russian leader to visit the memorial in Katyn, when he lowers his head before the victims of Soviet repression and declares that the truth about the crime cannot be 'revised,' then these efforts will go much further than anything else Russia has done to address this part of its history."

"As sensational as Putin's visit may have been, though, it will still leave a lot to be desired for many Poles. Putin neither promised a new opening of the archives nor a list of the names of those presumed to be dead. He didn't name any perpetrators, and his statement that Poles and Russians were more or less the common victims of a long-gone evildoer (Stalin) will fall on deaf ears with many Poles. This was no kneeling down in Warsaw (as German Chancellor Willy Brandt once did as he asked for forgiveness for his country for the Poles murdered by the Nazis). And anyone who expected anything close to that was naïve."

"Yet it was still a good day for Europe. Relations between the countries have been sour for years. Poland sided with the Orange revolutionaries in Ukraine and the Georgians, and provoked Russia with its willingness to allow the US to install a missile shield in Poland. Russia, for its part, tried to circumvent Poland with the Baltic sea gas pipeline, imposed a boycott on Polish meat imports and threatened a nuclear strike against the country every few months. After all that, the visit to Katyn was a pleasant shift towards the constructive."

"In the eyes of the Poles, the Katyn crimes have a double meaning: They stand for the act itself and the denial of the crimes that continued until the collapse of the Eastern Bloc. To this day, right-wing groups in Russia still claim that murders were carried out by Germans."

"The survivors want to know the whole truth about the crimes in Katyn and in other areas where the Soviet Union killed a total of 22,000 Poles by shooting them in the back of their necks. What they also want is to see all the Soviet files, but this wish will not be fulfilled. And despite Moscow's statements, Putin is not opening a new chapter on public understanding of the massacre. The Russian-Polish ceremony was, however, a small breakthrough in relations between the two countries. Putin, who has been accused of making Stalin acceptable in society again, spoke clearly of 'disgrace' and of 'deaths under Stalin's command.'"

"In the joint commemoration, both prime ministers 'opened up' the process of reconciliation, as Tusk said. But what did Putin say? He literally denounced Soviet 'totalitarianism' as the perpetrator of the crimes, for which there is 'no justification.'"

"Putin even attempted in his speech to broaden the ceremony to honor other victims: Soviets who were killed at the same site by the Soviet secret police, the Polish and the victims of German aggression. And the highest representatives of the Russian Orthodox Church present said the first people to be remembered should be the local victims of the Soviet terrorism."

"Does this represent an effort to deflect guilt? Yes and no. These (Russian) victims also existed. At the same time, the media celebration over the advance in Polish-Russian relations hints at something else: Katyn became a preview on Tuesday of how the Russian leadership intends to deal with the issue of Stalin's terror."

"Putin's motives are difficult to decipher. Does he intend to sincerely reconcile with the Poles? Or is it only part of his calculus? Healthy Polish-Russian relations would surely help Moscow facilitate policy with the European Union and NATO."

"However, the signals currently coming from Moscow are contradictory. On the one hand, Putin invited the Poles to a joint commemoration of Katyn on the 70th anniversary of the massacre; distanced himself from the 'crimes of totalitarianism'; and promised to find out the names of the final victims. On the other, the Russian government has declared before the European Court of Human Rights in Strasbourg that it isn't even clear that Poles were actually murdered in Katyn. So one can't yet talk about the rehabilitation of victims or even compensation."

"But the demand made by the Polish Institute of National Remembrance that Russia recognize the Soviet massacre at Katyn as 'genocide' is also unhelpful in the search for the truth. ... The massacre in Katyn is without a doubt a war crime, but not genocide. If Poland would back away from this demand, then Wednesday's memorial ceremony could mark the start of rapprochement between Poland and Russia."