French President Nicolas Sarkozy is in the hot seat Friday after making a number of unilateral diplomatic moves Thursday related to the tumultuous situation in Libya. He called for "targeted air strikes" on assets of embattled Libyan dictator Moammar Gadhafi and granted official recognition to the Interim Governing Council, an umbrella group of rebel forces based in the eastern city of Benghazi -- a move he urged other EU countries to make as well.

In addition, he and British Prime Minister David Cameron issued a joint declaration to the European Council calling for plans to be formulated to assist Libyan rebels, which could include imposing a no-fly zone over Libya. "It is clear to us the (Libyan) regime has lost any legitimacy that it could have," the statement said, according to Reuters. "To end the suffering of the Libyan people, Moammar Gadhafi and his clique must leave."

The move came a day before EU leaders met in Brussels to discuss the worsening situation in Libya and how they can jointly respond to it. Before the meeting, German Chancellor Angela Merkel told reporters that the EU was immediately breaking off all ties with Gadhafi. "Someone who wages war against his own people is no longer someone the EU can have as an interlocutor," Merkel said, according to the German news agency DAPD. "We call on Gadhafi to step down immediately."

Merkel added that the EU would make all efforts to impose financial, business and other sanctions on the Gadhafi regime. In reference to Sarkozy's move, Merkel only said that European leaders "must think over each step carefully" and that she "would like to see the EU send out a uniform signal."

A Shock to Many

Sarkozy's move Thursday came as a shock, even to some in Sarkozy's administration. In France, Le Figaro reports that newly appointed French Foreign Minister Alain Juppe only learned of the planned moves on Thursday, while the tabloid La Charente Libre accuses Sarkozy of having "donned his Super Rambo costume." Among the European leaders critical of the move, Belgian Foreign Minister Steven Vanackere said it had triggered "negative reactions," and Luxembourg Prime Minster Jean-Claude Juncker delicately noted how such actions should not be taken "on the day before" EU leaders were scheduled to meet for a summit in Brussels.

In Germany, Foreign Minister Guido Westerwelle responded by saying that states, rather than governments, should be recognized and that Europe should not allow itself to get drawn into a civil war. At the same time, though, he did say that a no-fly zone remained an option and, commenting on Germany's freezing of billions of euros in Libyan assets at German banks, he said that "there is no further cooperation with Gadhafi possible" and that "sanctions must be broadened."

After a meeting of NATO members in Brussels Thursday, German Defense Minister Thomas de Maizière said he didn't consider it particularly useful "to openly play around with options" and warned that "military actions must be thought through to the end." During the meeting, NATO Secretary-General Anders Fogh Rasmussen noted how the alliance was discussing the possibility of imposing a no-fly zone and increasing its "situational awareness" by sending more ships to the region.

In the meantime, the United States cut off its remaining diplomatic ties with the Gadhafi regime Thursday and started round-the-clock surveillance of the air space over Libya. US Secretary of State Hillary Rodham Clinton will also meet with members of the Libyan opposition in the United States and during visits to Egypt and Tunisia next week.

"To make up for dragging his feet before turning France's back on the old regime in Tunisia, (Sarkozy) has decisively dumped the dictator in Tripoli and made France the first EU country to recognize the rebel government from Benghazi as the legitimate representative of Libya. Sarkozy apparently doesn't want to be last in line this time…"

"The reactions of other Europeans have ranged from surprised to upset about France's unilateral move coming right before the EU summit on Libya. But even if lawyers in the Chancellery in Berlin say that recognizing Gadhafi's opponents is 'irrelevant in terms of international law,' the French handshake with the Libyan opposition might still be extremely useful in political terms because it is a visible diplomatic gesture that shows that the air is getting thinner and thinner for the man destroying his own country."

"Sarkozy's actions have completely confirmed the criticism … that France's foreign policy is too often based on making a splash and that it tries too hard to generate headlines. The situation in North Africa is already complicated enough. These kinds of attention-grabbing unilateral efforts just threaten to unnecessarily aggravate things even more."

"France has historically close ties with North Africa. For many years, France's higher-ups have pointed to this colonial past whenever people mention France's hesitant stance. But, instead, it is exactly because of these historical ties with the region that it should be in France's interests more than anybody else's to see that the democratic process is a success. For that, more constructive and coordinated suggestions are necessary -- and fewer unilateral actions."

"There's no other way to explain (Sarkozy's) recent statements: Calling for air strikes against the Gadhafi regime and recognizing the rebel government has more to do with his testosterone level than with logical thinking. These kinds of suggestions don't help anyone at all -- not the EU, not the Libyans, and especially not himself."

"Nicolas Sarkozy is doing everything he can to disappoint people's expectations in him as the leader of the Grande Nation. But his behavior is also hurting the EU. …"

"It doesn't strengthen the credibility of the EU in other crisis regions when the head of state of the EU's second most important member state goes on a diplomatic rampage. His suggestions are simply not right for calming the situation in Libya. His diplomatically questionable recognition of the rebel council exposes it to Gadhafi's charges that it is being controlled from abroad. And, with air strikes, the West would get itself embroiled in a complex, possibly long and bloody civil war, from which it could only emerge as a loser. …"

"For these reasons, the Europeans are right to put this suddenly wild Sarkozy back in his place and pursue more effective measures."

"Sarkozy's desire to recognize the Libyan rebels is primarily based on selfish reasons. After embarrassing scandals in recent months regarding close friendships between French politicians and North African dictators, now there comes an about-face meant to improve his own image. Sarkozy has good instincts when it comes to recognizing the right moment to try to make himself look like a leading European figure. And, at some point, it's also the right thing to do to find this act dishonorable."

"After the debacle regarding the Tunisian intrigues of his now fired Foreign Minister Michèle Alliot-Marie, Sarkozy apparently wants to make up for things on the southern edge of the Mediterranean by recognizing the rebels as the representatives of the Libyan people and by driving Gadhafi out of office with targeted air strikes. But Berlin is hesitant to do so. Thus, the EU looks like its old, sorry self: An economic giant and a political dwarf." 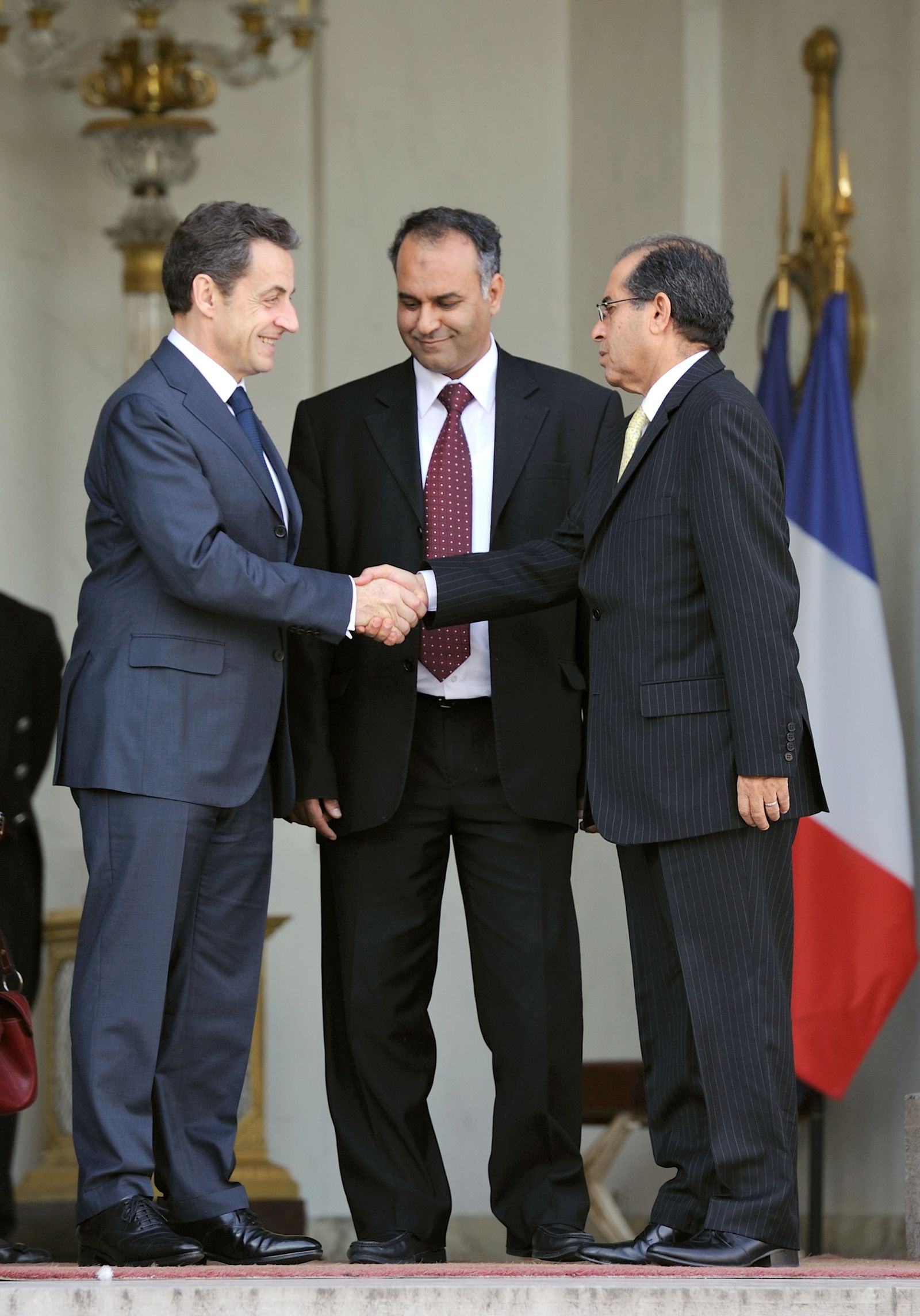