Silvio Berlusconi's government is in trouble. Not only has the Italian prime minister apparently lost the respect of his counterparts in Germany and France, but his coalition is facing fracture over possible austerity measures and social system reform.

Indeed, after coalition partner Umberto Bossi of the Northern League ruled out a proposed increase to the retirement age from 65 to 67, Italian dailies reported on Wednesday that Berlusconi may be planning to resign at the end of the year. Both La Repubblica and La Stampa write that Berlusconi and Bossi reached a secret agreement which foresees new elections to be held next March rather than in spring of 2013 as originally planned.

"Spare me a disgrace in Brussels and I promise you that we will hold elections in March," Berlusconi told Bossi according to the article in La Reppublica.

Berlusconi finds himself in a tight spot after German Chancellor Angela Merkel and French President Nicolas Sarkozy asked him to present a plan in Brussels on Wednesday for paying down Italy's vast mountain of debt. Concerns are mounting that Italy, with sovereign debt worth close to 120 percent of its annual economic output, could become the euro zone's next Achilles heel. Indeed, interest rates on the country's sovereign bonds have once again begun climbing to worrisome levels, reminiscent of developments in August when the European Central Bank stepped in to buy significant quantities of Italian bonds to keep down interest rates.

Bossi's refusal to consider a central element of the plan Berlusconi had been working on will make it difficult for the prime minister to convince Europe of his commitment to austerity on Wednesday. Just as troubling, though, are the clear indications that both Merkel and Sarkozy expected nothing less than his failure to do so.

Indeed, the video of a Sunday press conference which shows both Merkel and Sarkozy smirking when asked if they still had faith in Berlusconi has been making the rounds in the Italian media this week. The Italian premier has responded defiantly, saying on Monday that "no one is in a position to be giving lessons to their partners."

But even Italian President Giorgio Napolitano, not known for losing his temper, criticized Merkel and Sarkozy on Tuesday for their "inappropriate and objectionable public comments" and complained of the "weak trust" Italy's European partners had in Rome. Umberto Bossi, the head of the Northern League and an important member of Berlusconi's coalition, also complained. In rejecting a major social system reform half-heartedly proposed by Berlusconi, Bossi said he can't raise the retirement age "just to do the Germans a favor."

German commentators on Wednesday take a closer look at the situation for both Berlusconi and Italy.

"The euro crisis has already produced its share of political victims. In Ireland, the Fianna Fail party was voted out of office and the country will choose a new president on Thursday. The Spanish had to move up elections because the Socialist prime minister was no longer able to keep his coalition together. In Greece ... once they get over the shock of the approaching debt haircut, the political landscape with its clan-like structures could change dramatically."

"In Italy, however, the system has ... continued to function largely as it should. The desire to remain in power has held the coalition together. But now the system has been placed under pressure from outside. The EU demand for a serious austerity and reform package has been coupled with a real threat: Should Berlusconi not deliver, should he not send a powerful signal of change to the markets, then all efforts will have been for naught and the euro could collapse in the end after all."

"Berlusconi would appear to retain sufficient integrity to take this threat seriously. His coalition partner, the Northern League, on the other hand, looks to already have begun campaigning. They have refused to consider an increase in the age of retirement. This should, by rights, be the end of the coalition. And that would be the end of Berlusconi."

"For Berlusconi, it's all or nothing. His coalition with the Northern League, a party ... which is opposed to raising the retirement age, is in danger. As a result, so too is Berlusconi's power base and his entire political future -- including protection against various criminal proceedings. Instead of being a part of the solution, Berlusconi has long since become part of the problem. But Italy is much too big to be propped up by the euro backstop fund. The debt crisis has long since become a crisis of faith in the euro zone. For Italy, it could also become a state crisis."

"It is ridiculous that France and Germany placed Italian reform on the agenda just a few days before the summit aimed at saving the euro -- thus implicitly making Berlusconi's compliance a condition for the successful managing of the crisis. Merkel and Sarkozy must have known that Italy would have difficulties fulfilling the demands they made.... It is thus difficult to imagine why on Sunday they had nothing better to do than to chastise Berlusconi and demand austerity measures from him."

"That is not to say that Italy doesn't need pension reform and more economic growth to pay down its debts. It does. It's just that those are not the problems of the hour. With their broadside against Italy, Merkel and Sarkozy are once again insinuating that the crisis can be solved if only a handful of countries would exhibit a bit more budgetary discipline. That isn't just deception. It is dangerous."

"The euro crisis has long since become independent of national budget debates. Reform pledges from single countries are no longer enough to calm the markets. Europe must, on the one hand, agree on debt restructuring for Greece. On the other, it must make it clear that it will remain the exception. That is why it is so vital that the EFSF firewall is as large as possible. The message must be that Europe will defend every additional country that runs into trouble. The back-and-forth with Italy sends the opposite signal." 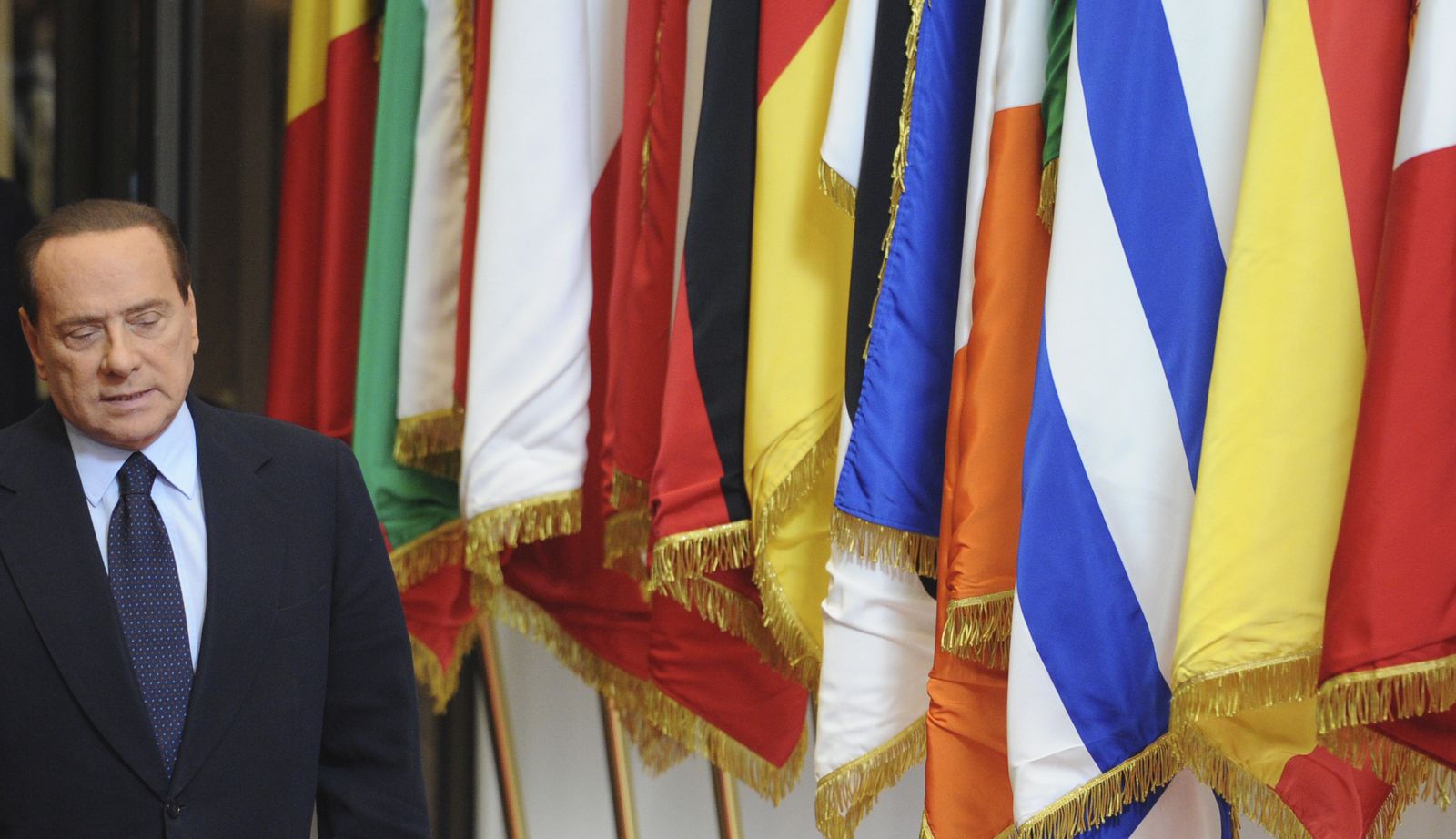