The arrival of thousands of Tunisian migrantson the Italian island of Lampedusa in recent days following economic turmoil in the wake of the revolution last month that saw President Zine El Abidine Ben Ali step down has triggered European fears of a new, uncontrolled wave of illegal immigration from North Africa.

Italian Prime Minister Silvio Berlusconi's conservative government, which virtually halted seaborne migrant arrivals by striking a "push-back" agreement with Libya in 2009, has blamed Tunisian authorities and offered to send Italian police to Tunisia to intercept migrants before they manage to set sail. Tunisia has rejected the offer.

On Tuesday, the Italian government formally requested €100 million ($135 million) in aid from the European Union to help cope with what it has called a humanitarian crisis on the Mediterranean island. 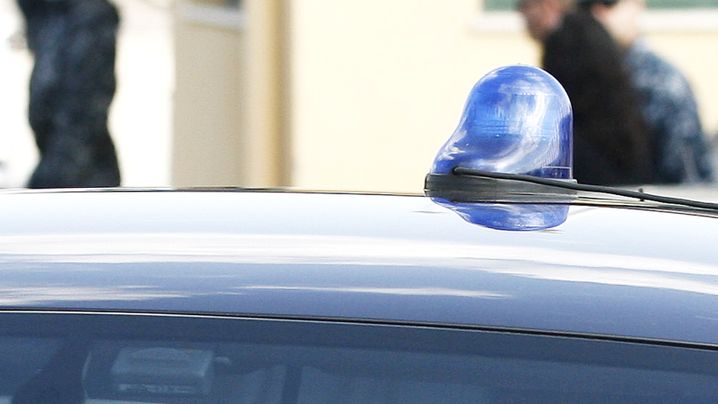 Photo Gallery: The Flood After the Revolution

German media commentators say it's a pan-European problem and must be countered by meaningful economic development aid for African nations, to curb youth unemployment and give people opportunities for a prosperous life in their own countries.

Editorialists at Germany's leading newspapers warn, however, that none of these steps will alleviate the problems in the short term. The crisis, they say, highlights the West's hypocrisy in welcoming the downfall of Tunisian leader Ben Ali. In truth, he served Western interests by ensuring stability and keeping a lid on migration.

"Italian Interior Minister Roberto Maroni is focused more on his domestic audience than on providing real help for the troubled transitional government in Tunis, which would sacrifice even more authority if it accepted the Italian proposal."

"The European Union has better ways of supporting Tunisia. It can open its markets for Tunisian tomatoes and cucumbers. Industrial goods already have free access, which also serves the EU. It also has development funds available that it could tap. Europe can help to establish a new Tunisian justice system -- a functioning legal system, after all, is important for investors. And why not alleviate the European shortage of qualified engineers with well-educated university leavers from Tunis? One in three unemployed people in the North African nation is an academic."

"Europe was silent for a long time about the dictatorial system in Tunisia. Now the Europeans, with guilty consciences, have enthusiastically welcomed the turnaround. But that also creates responsibility."

"If Europe just reacts when refugee boats appear off its coast, then its interest in the fate of the North Africans seems insincere. Credible help cannot be limited to loud calls for more border security."

"Italy was even more surprised than other Western governments by the sudden fall of the regimes in Tunis and Cairo, even though it isn't just geographically close to North Africa, but culturally and historically as well. The government has responded to the new wave of refugees with the usual mixture of alarmism, political harshness and helplessness. At least it is refraining from mass expulsions for the time being. But it's right in one respect: The drama unfolding in the Mediterranean isn't a purely Italian one, but a European one."

"Now that our old, reliable partner Ben Ali has left, the boats are setting sail again. Over the years, Ben Ali never had to listen to complaints that he wasn't allowing enough democracy or that he was just using European aid to increase the prosperity of his own clan. After all, he was guaranteeing something that interested us Europeans much more than democracy and prosperity in Tunisia: stability -- regarding the fight against Islamists but especially along the borders."

"All that is suddenly over and no one knows what will happen in Egypt or Algeria. Tens of thousands of people from the nations of North Africa, and tens of thousands more from sub-Saharan Africa who may use the Mediterranean countries as transit states, could soon make their way to Europe."

"It won't be enough to distribute supposedly humanitarian aid to regimes so that they do the job of the European police on their own shores. If Europe wants stability in its own interest, it will have to make real, and not just verbal contributions to the prosperity of these countries. That's because the dictators who made it so easy to close the door on Europe toppled because young people were deprived of any prospects."

"The stereotypical answer European politicians give to the refugee problem is that one has to help African nations to develop their economies, to reduce the number of economic migrants. That is as correct as it is inconsequential. If the industrial nations were really interested in improving the economic situation in many Africa nations, in Afghanistan and Pakistan, they had plenty of opportunity to do so in the last few decades. And even if they succeeded in alleviating the dramatic poverty, it would take many years to do so. The EU should therefore rethink its refugee policy in the short term. So far, the community has relied on putting the fences up as high as possible -- well aware that that they are locking out not just economic migrants, but refugees from political persecution as well."

"One possibility would be to intercept refugees in North Africa -- but to give political refugees there the possibility to apply for asylum. But that would be politically even more uncomfortable than a few thousand Tunisians on Lampedusa."

10 Bilder Photo Gallery: The Flood After the Revolution