From the European Union's perspective, of course, Thursday's meeting in Prague, to be attended by a number of the 27-member bloc's eastern neighbors, looks like an important regional gathering aimed at strengthening economic and strategic partnerships. 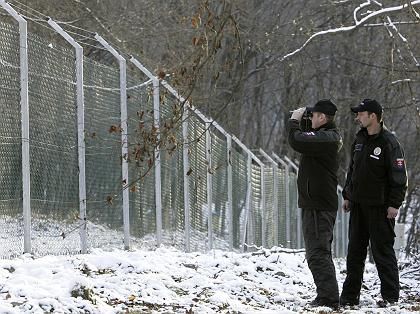 Not surprisingly, though, Russia has a slightly different take on the EU's Eastern Partnership, as the plan is called. The six countries invited -- Armenia, Azerbaijan, Belarus, Georgia, Moldova and Ukraine -- are all seen by Moscow as belonging to its sphere if influence.

"What is the Eastern Partnership if not an attempt to extend the EU's sphere of influence?" Russian Foreign Minister Sergey Lavrov asked in March, according to the news Web site euobserver.com. "Is this promoting democracy, or is it blackmail?"

Ostensibly, the €600 million ($800 million) agreement, originally proposed by Sweden and Poland in May 2008, is meant to pave the way for improved trade relationships as well as to ease travel restrictions. Both political and economic instability in the region, however, has led many to see the pact as an important measure necessary to increase stability on Europe's eastern border. The Georgia-Russian war last summer lent urgency to the project and ongoing friction between Russia and Ukraine has likewise made many in Europe nervous.

"The aim is to avoid any freezing of relations with the eastern partners (and to) prevent the emergence of some vacuum between the Union and Russia," Czech Deputy Prime Minister Alexandr Vondra told Reuters.

EU representatives have brushed aside Russian criticisms as unfounded. "This is not about spheres of influence," Vondra said. "It is based on voluntariness and free will on both sides."

Indicating the importance Germany attaches to the partnership, Chancellor Angela Merkel has decided to attend the Thursday summit. Interestingly, Belarus President Alexander Lukashenko has opted not to attend, despite widespread elation in his country that Belarus was invited in the first place, a gesture ending years of isolation for Minsk. Observers, though, say that his decision is meant to avoid potential embarrassment for Western leaders who might prefer not to be seen with the man who has been referred to as " Europe's last dictator."

German commentators take a look at the Eastern Partnership on Wednesday.

"The Eastern Partnership was initially just meant to counter French President Nicolas Sarkozy's proposal for a Mediterranean Union. But then Russia's war with Georgia in August increased the urgency of launching a political initiative for the region. And then it grew even more with both the clashes between Russia and Ukraine over natural gas supplies and the economic crisis. But the €600 million set out to ease trade and travel arrangements is rather skimpy. And, in organizational terms, things are not very well-defined. Unlike the rather pompously staged Mediterranean Union, there is no secretariat and no president at the top. And prospects for joining the EU are expressly not part of any new offer of friendship."

"Indeed, with all of its frozen conflicts, the minefield to EU's east requires any initiative that will bring some degree of relative calm. But Moscow sees the initiative as a provocation is protesting against the EU's involvement in a regiont it sees as its own sphere of influence. In reality, the Eastern Partnership is really nothing more than an EU attempt to buy more influence at a relatively cheap price."

"Those wishing to take advantage of the opportunities offered by closer cooperation with Ukraine and Georgia should be very clear about what that entails. By following that path, there is no doubt that the EU is expanding its 'sphere of influence,' even if diplomats in Brussels prefer to steer clear of the term. It is very much in the EU's own best interests to have neighbors on its borders that share similar values and norms. It's not just a matter of thinking that democracies make nicer neighbors. Over the long term, they are more dependable trading partners, present less of a military threat and attract more investors."

"Russia has a very different view of the region. It's not just that Russia is not interested in seeing former Soviet states become democracies; the fact is that such a process goes directly against its own plans. For years, Russia has been ruled by a political caste that is closely intertwined with business interests that are not too inclined to support transparency and open political debate. Nothing would weaken this caste's position more than having a formerly Soviet neighbor become a democracy -- and an economically successful one at that."

"Under these circumstances, it is becoming clear that the EU must both admit to itself that it has a sphere of influence but also accept the consequences. Partnerships with the EU can't just be used to placate countries in the region and avoid having to offer full membership in the future. Whoever shows a serious interest in being accepted into the EU must also be given a chance to do so -- even if such a step would only be possible at some point in the distant future."