On Friday, SPIEGEL ONLINE reported on a secret meeting taking place in Luxembourg at which finance ministers from leading euro-zone countries and Athens discussed options for dealing with Greece's ongoing crisis, which even a multibillion euro bailout has failed to resolve. SPIEGEL ONLINE reported that Athens is mulling, among other scenarios, a possible departure from the common currency area.

It emerged Sunday, however, that finance ministers from Europe's largest economies, including Germany, France, Italy and Spain, have already attended secret meetings several times in order to be able to discretely discuss the euro crisis, the Süddeutsche Zeitung newspaper reported on Monday.

The fact that politicians initially denied there was any secret meeting on Friday and then later trying to play down what had been discussed, has led to speculation on the editorial pages of major newspapers in Germany that a second bailout for Greece is likely to come soon.

Several editorialists also believe that a debt restructuring, or "haircut," will also be necessary for Athens. That would involve debt forgiveness that will hit taxpayers in Germany and other countries straight in the pocketbook. They warn, however, that a haircut, if done incorrectly, could also have an incalculable impact on the European banking sector that might echo the collapse of Lehman Brothers in 2008.

"Seldom have we seen politicians acting as irresponsibly as they did on Friday evening. In Berlin, Brussels, Paris, Rome and Luxembourg, officials were silent, deceptive or just plain lied. And all of that just to keep secret a meeting of a few finance ministers at which -- as would later be said -- only a few opinions were exchanged over Greece ... and where no decisions were made."

"Within a matter of hours, the governments of the euro countries managed to fritter away the last remaining trust the people of Europe still have in the bailout action. Who in the future is supposed to believe that Greece isn't interested in leaving the euro zone if Luxembourg Prime Minister Jean-Claude Juncker, who heads the Euro Group, is taking the lead on the deception? First he denies in writing that the finance ministers have even met in Luxembourg. Then he publicly swears his loyalty to Greece. Then it emerges that he personally invited his colleagues to the meeting."

"Any reasonably interested European will now be asking, in astonishment or anger, just how dramatic the situation really is in Greece. Is the country on the verge of bankruptcy despite all the aid and statements to the contrary? That would also mean that another promise would come undone, namely that the Greeks will pay back all the loans to their partners with interest and compound interest. If they don't pay, then taxpayers will definitively get stuck with the bill."

"One thing is certain: Trust can only be regained if there are consequences as a result of Friday's deliberate deception."

"The only way the euro zone can solve Greece's problem sustainably is for part of the country's debt to be relieved. Greece's creditors have to be willing to waive part of the interest and also extend the terms of the loans. This would by no means exclusively affect private investors like insurance companies, pension funds and banks. Taxpayers would also have to bleed a little. Nationalized financial institutions like Germany's Hypo Real Estate would be forced to write down loans. Indeed, that may explain why the German government is already increasing the capital at these institutions. The losses would be even greater for the European Central Bank, which has already been purchasing Greek bonds for the past year."

"Two options are available for solving the problem: The euro zone can increase its loans to Greece by a double-digit billion amount and at the same time improve the conditions for repayment. There is enough room for maneuver for that to happen. Currently, the euro-zone states are demanding interest rates from Greece that are considerably higher than what they themselves are paying on the market on average. The donor countries could give the interest gains back to Greece instead of profiting themselves. In addition, the currency union could extend the loan period for Greece a second time, from the current 7.5 years to 10 years, thus giving the country more time to work its way out of the recession."

"There is no third option. If Greece exits the currency union, the country would go bankrupt. With a drastically devalued drachma, Greece would never be able to pay back a national debt that has been borrowed in euros. Investors would speculate on which country would be the next to leave the euro zone. Under this scenario, the euro really would be finished."

"Friday's shock is still with us. The culprit is a media report stating that Greece, in light of its precarious situation, is considering abandoning the euro. After publication, the value of the euro plummeted on the markets -- at least until European capitals calmed the situation down with denials. But the developments show one thing: The euro crisis isn't finished, otherwise news like that wouldn't create so much tumult. To top it all off, this report, whether correct or not, may even have worsened the situation."

"All you have to do is mentally run through the scenario. Greece exits the euro zone. At first it sounds like positive news: We, the rich, hardworking Europeans (in the north), wouldn't have to cover the debts of our lazy brothers in the south. They would also have a chance of reducing their outstanding loans through debt restructuring. And their weaker currency would make it easier for them to balance out their lack of competitiveness."

"But what at first sounds like a win-win situation could also have dramatic side-effects. Unfortunately no one knows how probable these would be. If Greece were to risk the impossible (and exit the euro), its banks would go bust and they would have to close. ... Greek bonds would be worthless. The banks couldn't turn to the European Central Bank for liquidity, either, and the country would be turned on its head. Wages, for a time, wouldn't be paid out. Hospitals wouldn't receive money to buy medicines. And because the Irish and Portuguese could fear the same would happen to them, they would transfer their money to other countries. ... It is not a given that the entire euro system would collapse, but it could. No wonder, then, that no responsible politician wants to risk anything like that."

"But it may not remain that way in the longer term. If the Greeks and Portuguese aren't able to get their problems under control with EU aid, there are few alternatives remaining. Either the Europeans in the north will finance the poorer countries of the south with billions of taxpayer money out of fear for their own prosperity, or (euroskeptic) movements like the True Finns will turn off the money supply and force these countries out of the EU. Both are alternatives that would cost European taxpayers billions. European politicians will need patience and wisdom to withstand this crisis."

"It has been proven once again that the rescue package for Greece isn't enough. Yet again the euro finance ministers are meeting in the middle of the night to hectically discuss aid measures. Yet again, they are hoping that this will be the last time. But this time the Greeks are not alone in terms of responsibility for the new crisis."

"Neither the Greeks nor the euro countries have come up with an answer for how Greece is supposed to get back to economic health. Because of this insecurity, even the most abstruse suggestions can unsettle the markets, like the idea that Greece will exit the euro zone -- despite the fact that the country's situation would worsen because its debts would remain in euros. Or the calls for a swift restructuring whose effects are incalculable and which could rattle the European banking system just as the Lehman Brothers bankruptcy did in 2008."

"Regardless what (solution) the euro countries decide on in the end, as long as they do nothing, they will have to get used to ongoing late-night crisis meetings and rescue packages worth billions."

"It has been clear since the hectically organized meeting in Luxembourg that a restructuring of Greece's debt is inevitable. The one-sided EU strategy of austerity and budget cuts has failed."

"An exit from the euro, as has been speculated recently, would be a disaster for Greece and for Europe. … The only real option left is the debt restructuring that experts have been discussing for weeks."

"If this is done correctly -- through, for example, the exchange of EU-guaranteed bonds, then it could prove to be the lesser of two evils. But if it is done incorrectly, it could lead to panic. The consequences would be unpredictable and one couldn't entirely rule out the possibility of a second Lehman Brothers. EU leaders want to avoid that at any price. But by waiting and perpetuating further deception, they are just stoking new fears -- and a vicious cycle." 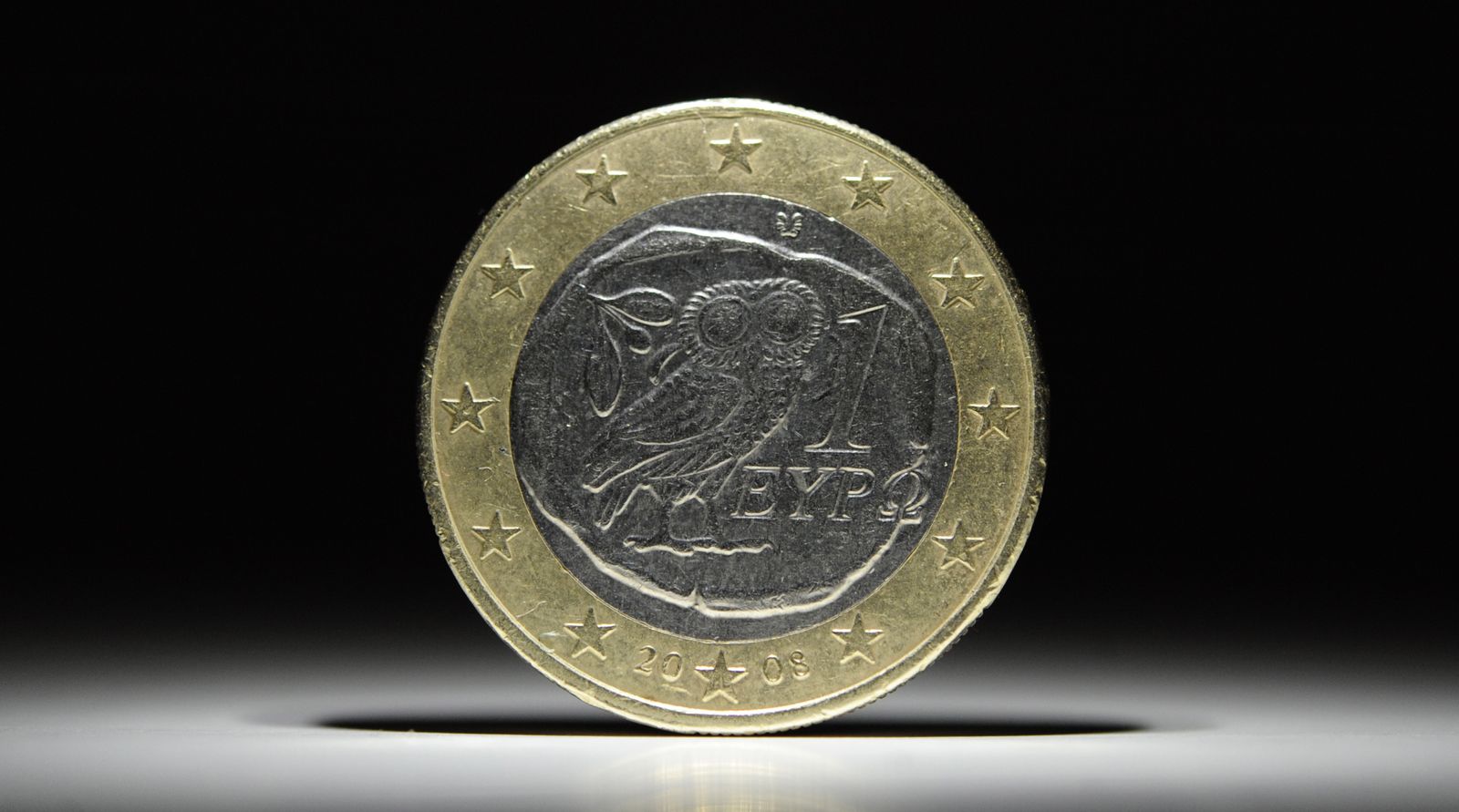 A report in SPIEGEL ONLINE on Friday that Greece may exit the euro zone has shaken Europe.