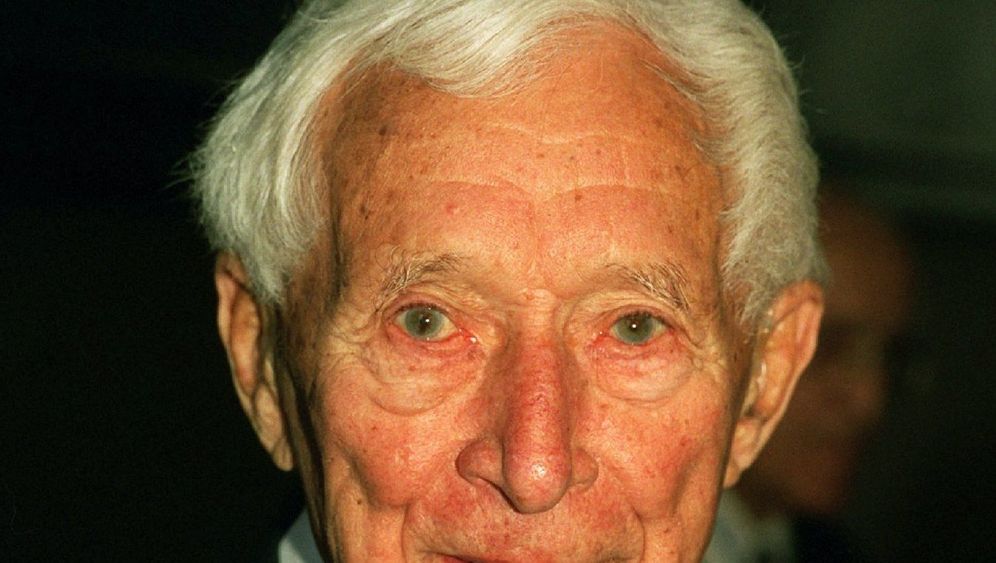 "In front of my hole lies an Englishman who fell there yesterday. He is fat and bloated and has his full pack on and is covered in thousands of steel blue flies."

"In the morning I went to the village church where the dead were kept. Today there were 39 simple wooden boxes and large pools of blood had seeped from almost every one of them, it was a horrifying sight in the emptied church."

"... there was a bang and he fell covered in blood with a shot to the head. He collapsed into his corner of the trench and remained there with his head against the wall of the trench, in a crouching position. His snoring death rattle came at lengthening intervals until it stopped altogether. During the final twitches he passed water. I crouched next to him and registered these events impassively."

Shortly ahead of the 92nd anniversary of the Nov. 11, 1918 armistice that ended World War I, one of the most graphic and comprehensive descriptions of the conflict has been published for the first time -- the war diaries of the author Ernst Jünger, a lieutenant in the German infantry who fought from shortly after the outbreak in August 1914 until August 1918, three months before its end, when he was shot through the lung. It was his seventh wound. Jünger only died in 1998, at the age of 102.

The diary written in 15 notebooks -- Jünger wrote later that he couldn't remember if the stains on them were blood or red wine -- were the basis for his book "In Stahlgewittern," or "Storm of Steel," a deeply controversial reminiscence first published in 1920 that glorified the war as purifying test of individual and national strength. He became an icon for conservative nationalists after the war and the Nazis celebrated him as a hero. But he kept them at a distance and declined to join the party.

Jünger kept on refining "Storm of Steel" with increasingly poetic passages to satisfy his literary pretensions. But the newly published diary is a raw, factual record of events written down hours or days at most after they occurred. It offers a clear view of life and death in the trenches seen by a soldier who was in the thick of it for most of the war that shaped the 20th century. Jünger's widow, Liselotte Lohrer, only gave permission last year for it to be published. She died this year.

"I am not aware of any comparable diary, either in German, French or English, that describes the war in such detail and over such a long period," Jünger's biographer Helmuth Kiesel, who arranged its transcription and publication, told SPIEGEL ONLINE. "All other diaries are usually far shorter and span just a few weeks or months."

That is because the average infantryman had a slim chance of surviving even one year intact, let alone the entire conflict. And most weren't inclined to relive the misery of life in the trenches by writing it down, day after day, in anatomical detail.

Jünger, 19 at the outbreak of the war, joined up immediately, like millions of young men across Europe who thought it would be a quick adventure. But while the dreadful reality of the fighting quickly cooled most men's ardour, Jünger appears to have been gripped throughout by a glowing fascination for war as trial by combat.

"And still, the heroic, grand impression given by this endless passage of death uplifts and strengthens us survivors. As strange as it may sound, here you become reacquainted with ideals, the total devotion to an ideal right up to the gruesome death in battle," he wrote on July 3, 1916.

On Sept. 3 of that year, after he had been wounded the second time, by shrapnel in his left leg, he wrote: "I have witnessed much in this greatest war but the goal of my war experience, the storming attack and the clash of infantry, has been denied me so far (...) Let this wound heal and let me get back out, my nerves haven't had enough yet!"

On June 19, 1917, after leading a dangerous patrol into no man's land, he writes: "To be a leader with a clear head in such moments is to resemble God. Few are chosen."

Most people would deem his attitude hopelessly conceited and even insane. Kiesel said Jünger may have written those words because he wanted to be remembered as a hero if he was killed -- but also because he was bent on retaining a sense of individual worth in a mechanized war of massive artillery bombardments in which the individual counted for nothing.

Jünger, who won the Iron Cross and Prussia's highest military award, the "Pour le Merite," took part in the battle of the Somme in 1916 and fought at Ypres in 1917, as well as at Artois and in Champagne. He spent almost three years in the trenches in the bloody triangle between the north-eastern French towns of Arras, Albert and Cambrai on the Western Front. He was promoted to lieutenant in November 1915.

"It's the war experience of a hard-as-nails storm troop leader," historian Gerd Krumeich, one of the authors of the book "National Socialism and the First World War," told SPIEGEL ONLINE.

Jünger was as lucky as he was courageous. It is almost miraculous that he wasn't killed or crippled. The diary is filled with near misses such as dud shells landing next to him, live ones exploding where he had stood just a minute before and shell splinters whizzing between his legs or around his ears.

He was hit by 14 projectiles, only three of which came from indiscriminate artillery fire. The other eleven - rifle bullets and hand grenade splinters -- were directed at him personally by British or French troops. His company of the 73rd Hanoverian infantry regiment was almost completely wiped out on two occasions. When he was wounded the last time at Cambrai, two men who tried to carry him to safety on their backs were killed with shots to the head.

Jünger's approach is in stark contrast with most other prominent portrayals of World War I. German writer Erich Maria Remarque and British authors such as Siegfried Sassoon, Wilfred Owen, Robert Graves or Edmund Blunden depicted it as an unmitigated disaster for the men who fought in it and for the whole of mankind. Blunden described the battle of Passchendaele as "murder, not only to the troops but to their singing faiths and hopes."

Jünger's account is matched, at least in length of war service, by the British private Francis Philip Woodruff, whose memoir "Old Soldiers Never Die" written under the pseudonym Frank Richards was first published in 1933. Woodruff served the entire war as an infantryman on the Western front, from August 1914 until the Armistice, without serious injury. He said he had pulled off a "twenty thousand to one chance."

Paradoxically, Jünger's enthusiasm makes his diary dramatically effective as an anti-war book because he describes death and destruction with relentless precision. He documented events with the same scientific dedication he showed in his other passion of collecting beetles. In his determination to leave nothing out, he also conveys how soldiers became numb to the death around them and to the suffering of others in this first modern war of constant artillery barrages, gas attacks, machine guns and tanks.

"This afternoon I found two fingers still attached to the metacarpal bone near the latrine of the Altenburg fortress," wrote Jünger on Oct. 17, 1915. "I picked them up and had the tasteful idea of having them worked into a cigarette holder. But there was still greenish-white decomposed flesh between the joints (...) so I decided not to."

The diaries are filled with references to wild drinking parties and accounts of weeks spent in wet, cold trenches under constant shellfire. He describes the most horrific wounds with a dispassionate eye, and shows how death in the trenches from a sniper's bullet or a stray shell becomes so commonplace that soldiers don't let it interrupt their card game for long.

After one battle a trench "looked like a butcher's bench even though the dead had been removed. There was blood, brains and scraps of flesh everywhere and flies were gathering on them."

Jünger writes with unmasked pride about killing a British soldier with "a clean head shot." He records how a medic, Kenzira by name, who is still conscious after being struck by two shell splinters, one in the lower right side and one in the back, says: "The shot is fatal, I can feel it quite clearly."

He gives a breathless description of the German spring offensive of 1918 in which he led a storm troop attacking British machine gun positions. "In a mixture of feelings brought on by excitement, bloodthirstiness, anger and alcohol consumption we advanced in step towards the enemy lines," he wrote on March 21, 1918.

In another passage from that day, he wrote: "I was incredibly hot. I tore off my coat, some people helped me buckle up again. I still remember calling out several times very energetically: 'Now Lieutenant Jünger is taking off his coat' and people laughing at that."

Jünger's war hero status and his books made him an idol of the German right in the 1920s and 30s. "The Nazis worshipped him but he didn't want anything to do with that rabble," said Krumeich, the historian. "He represented the idea that, happen what may to my body, I am indestructible, Germany is indestructible. That was a powerful argument among young people at the time."

Some 10 million soldiers and civilians died, and 18 million were seriously wounded in the war, according to conservative estimates. A generation was decimated -- 35 percent of German men born in Jünger's birth year of 1895 were killed. But the war has faded from Germany's public memory in recent decades as the country was preoccupied with confronting the Nazi period and the Holocaust that followed it. The death in 2008 of the last German veteran known to have fought in World War I, Erich Kästner, went largely unnoticed.

Can Germany Have War Heroes?

Jünger's book could help open up a new chapter of remembering the conflict in Germany, and historical interest is bound to increase with the coming of the 100th anniversary of its outbreak in 2014, said Kiesel.

"None of the victorious nations shunned calling their soldiers heroes. But it has always been problematic to describe Jünger as a hero, there was always an outcry against it. The time may have come to approach that difficult debate again to restore a certain equality, even if these solders were involved in a war for which Germany bears the main guilt."

It may also be interesting to explore why Jünger didn't noticeably suffer from post-traumatic stress disorder, an affliction that has hit large numbers of soldiers who have fought in Iraq and Afghanistan. Kiesel said keeping a diary to write down the events in detail shortly after they happened may have helped.

But most importantly, Jünger's crystal-clear descriptions unwittingly offer a fresh reminder of the devastation and terror caused by all wars.

An entry on August 28, 1916, written during the Somme battle, reads: "This area was meadows and forests and cornfields just a short time ago. There's nothing left of it, nothing at all. Literally not a blade of grass, not a tiny blade. Every millimeter of earth has been churned up and churned again, the trees uprooted and torn apart and ground to sludge. The houses shot to pieces, the bricks crushed into powder. The railway tracks turned into spirals, hills flattened, everything turned to desert. And everything full of corpses who have been turned over a hundred times. Whole lines of soldiers are lying in front of the positions, our passages are filled with corpses lying over each other in layers."