If it was Theresa May's goal to flood Europe with a glut of adjectives, then she was extremely successful on Tuesday. After Brexit, the British prime minister said, the United Kingdom will be "stronger, fairer, more united and more outward-looking." It will be a "secure, prosperous, tolerant" country, a "great, global trading nation" that is a good friend and ally.

But beneath the wave of superficial pleasantries, something much more uncompromising soon made an appearance behind the lectern at Lancaster House: the hard, craggy side of Ms. May. If the rest of Europe doesn't cooperate, the prime minister said, if the EU seeks a punitive deal in the course of the Brexit negotiations, it would have negative consequences for all involved.

Far from being a conciliatory address, May's speech was a catalogue of demands topped with a dash of threat. A great many of her sentences began with: "I want."

The advantage of May's speech is that Europe now at least knows a bit more about the direction Britain intends to go. Theresa May wants to pull the UK out of the single market and to no longer be subject to the verdicts of the European Court of Justice. She wants a free trade agreement and wants Britain to pay much less into the EU budget than it has thus far. And she wants to keep one foot in the customs union but hopes to keep the other outside -- though she didn't explain how she intends to perform this bit of gymnastics. The disadvantage of May's speech is that she has now convinced the rest of Europe beyond a shadow of a doubt that the British government isn't just nasty, but is also prepared to take the gloves off.

May was unable to be friendly and unyielding at the same time. Her speech was also an attempt to find her way out of the ditch into which she had pitched herself last autumn. Back then, she uttered the striking sentence: "If you believe you are a citizen of the world, you're a citizen of nowhere." It sounded like a declaration of war against the liberal, urbane, cosmopolitan Great Britain. Since then, much has changed. In the eyes of Prime Minister May, the world is once again full of opportunity. Openness is good, globalization perhaps is too and free trade is definitely a plus. At least from this perspective, May has once again become more pragmatic, which is to be welcomed.

May is prepared to throw everything on the negotiating table that her country can offer the rest of Europe, including intelligence services, nuclear weapons and cooperation in the fight against terrorism. The prime minister didn't explicitly say so, but her message is clear: You on the Continent profit significantly from our contributions to European security, so don't push us away. That would be uncomfortable for everybody.

What is clear is that the government in London remains dependent on the goodwill of two partners: the EU and Donald Trump. Each has elements of risk. As soon as Britain, at the end of March, submits its formal, Article 50 notification to the EU of its intention to leave the bloc, time will no longer be on the country's side. If she's lucky, May will have 18 months to complete the divorce proceedings. When it comes to the framework that will govern the exit negotiations, Britain finds itself in a weak position. Furthermore, the EU has little interest in showing too much leniency with Britain and thereby risking that other countries might be tempted to follow the UK out the door.

When it comes to Donald Trump, nothing has changed: The situation remains unpredictable and chaotic. Even if May's government grovels its way into the good graces of the incoming U.S. president, it is unlikely that a British-American free-trade agreement would be completed as quickly as many Brexit fans in the UK hope. In this regard, May should be more honest with the citizens of Britain.

May used the majority of her Tuesday speech to promise her country a glorious future, but it is one over which she only has limited control. In the worst case scenario, it appears that she would rather slam the door shut and risk a cold, mucky Brexit than agree to a painful compromise. No deal is better than a bad deal, she said on Tuesday. If that is how she speaks with friends, one wonders how she might deal with enemies.

With its intention to leave the European common market, May's government has opted for the path of willful self-mutilation, at least when it comes to the country's mid-term economic prospects. It will take many years before British diplomats are able to complete a free-trade agreement with the EU and with other countries. The fruits of Brexit, if there are any at all, will only grow slowly. Until then, May will have to offer her allies more than just the graciousness of continuing to allow them to export Prosecco and cars to Britain. May needs Europe. Adjectives alone won't help her. 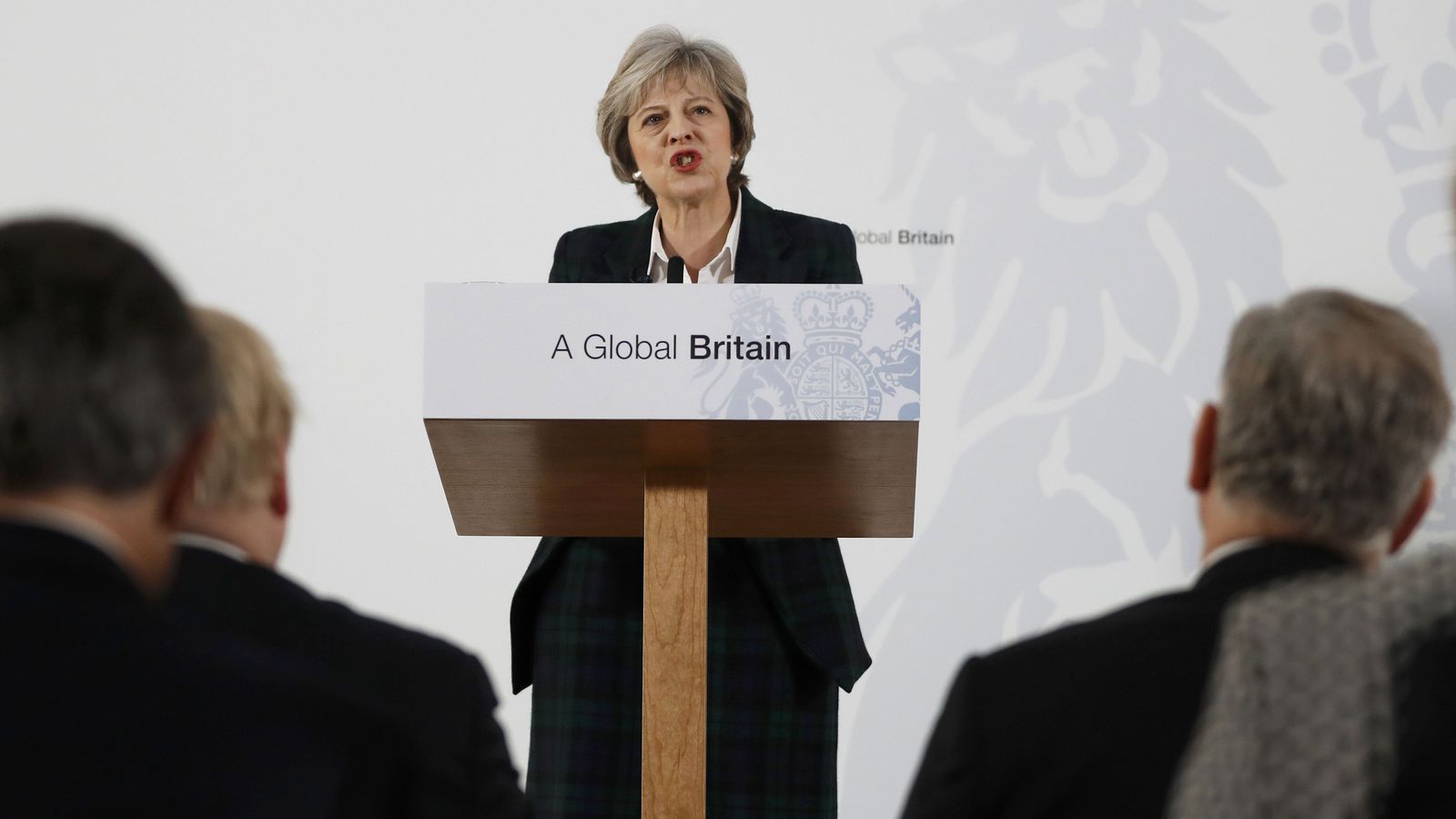