The European Union Commission has approved a huge stimulus package aimed at reviving the bloc's struggling economies. The €200 billion ($260 billion) plan will represent 1.5 percent of the EU gross domestic product (GDP), with around €170 billion coming from national governments and the rest from EU funds and the European Investment Bank. 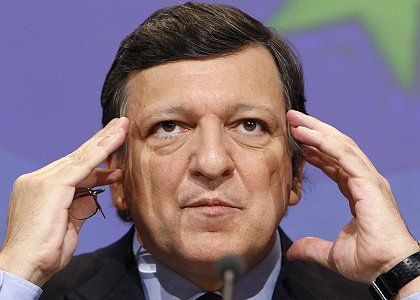 The Commission backed the proposal for the two-year European Economic Recovery Plan made by Commission President Jose Manuel Barroso during a closed-door meeting. "Exceptional times call for exceptional measures," Barroso said in a statement. "The Recovery Plan is big and bold, yet strategic and sustainable," he said. Leaders from the 27 member states will study the plan at a Dec. 11-12 summit and Barroso stressed that national governments should regard the plan as offering them options rather than setting down diktats. "Our approach is to offer a toolbox," he told a news conference.

Brussels is attempting to get the different EU states to coordinate their individual stimulus packages, but the plan also envisages the Commission redirecting and accelerating EU funds to areas that need it the most, in particular the auto industry. The plan will bridge the gaps between the national governments already embarking on national growth plans -- such as Great Britain, Germany and France -- and others, particularly in Eastern Europe who saw they cannot afford such measures.

On Wednesday German Chancellor Angela Merkel warned that EU states should not engage in a competition to produce the biggest stimulus package. "We should not get into a race for billions," she told the Bundestag, Germany's parliament. Berlin recently approved a €32 billion rescue plan for the German economy.

On Monday Merkel and French President Nicolas Sarkozy rejected a coordinated cut in sales taxes (VAT) after British Finance Minister Alistair Darling cut its VAT from 17.5 percent to 15 percent. Meeting in Paris, the French and German leaders said that they would not want to lose government revenue that way.

The stimulus packages, along with the fall in revenue and increase in spending that go hand in hand with economic slowdowns, is likely to lift deficits in many countries well above the EU ceiling of 3 percent of GDP. The Commission pledged on Wednesday to be "flexible" on these limits for the next two years. Economics Affairs Commissioner Joaquin Almunia said that temporary breaches would be acceptable as long as states remained close to the upper limit. "Close means a few decimals, and not decimals, and temporary," he warned.