Angela Merkel's position as German chancellor is becoming increasingly contradictory. At the federal level, she reigns unchallenged, while her opponents falter. But at the level of Germany's individual states, her power is crumbling and her center-right Christian Democratic Union (CDU) is bracing itself for further setbacks. At the European level, meanwhile, she has become a figure of hate for many, as her pet project, the fiscal pact, is increasingly called into question.

It seems that the German chancellor is currently inhabiting three different worlds.

But this weekend, those three worlds will converge, as people both in Germany and abroad go to the polls in three key elections which all take place on Sunday. In the northern German state of Schleswig-Holstein, the CDU's current coalition government with the business-friendly Free Democratic Party (FDP) is set to crumble, while in France, Merkel's key euro-zone ally Nicolas Sarkozy has cause to fear for his own hold on power in the second round of the French presidential election. At the same time, Greece threatens to descend into instability following its parliamentary elections. It seems likely that Merkel's worlds will no longer remain so neatly divided after this election "super Sunday." Even the staunchest of supporters sense the chancellor may be facing a turning point.

Supposedly minor elections such as the one in Schleswig-Holstein have suddenly become important. Polls in the state put the CDU and the center-left Social Democratic Party (SPD) neck and neck, while the FDP, Merkel's coalition partner in the national government, will struggle at the state level to clear the 5 percent hurdle required in order to take seats in parliament.

But things could still turn out well here for Merkel. If the CDU comes out ahead and the FDP manages to stay in the state parliament, it won't cause much of a shake-up in Berlin. But if the FDP loses its seats in the state parliament, the chancellor may feel the effects at the federal level. And things will get rough inside the FDP as well. The FDP's lead candidate in Schleswig-Holstein, Wolfgang Kubicki, has a reputation for firing broadsides at the party leadership in Berlin, whose recent haplessness has cost the FDP support across the country. If the state election result is disappointing, Kubicki is likely to make his displeasure felt.

The CDU is also potentially facing a highly symbolic loss. At the moment, the party still heads up the government in one state more than its main rival, the SPD, governing eight federal states to the SPD's seven. But if things go badly in Schleswig-Holstein, then the CDU, which seems to have held this lead more or less forever, will suddenly find itself at a disadvantage.

With one and a half years to go until the country's next national elections -- and just a week until a crunch election in Germany's most populous state, North Rhine-Westphalia -- Merkel's opponents would do their best to exploit the shift in the balance of power, something that the CDU's strategists know all too well.

Even more important for Merkel, though, is the presidential election in France, a country that may soon be led by a man who has pledged to end Germany's dominance within Europe: François Hollande. The Socialist candidate has been making ominous noises about the European fiscal pact for weeks. He wants to ease the EU's tough austerity policies and has campaigned for common European euro bonds, something that Germany has always opposed. All these positions are poisoned darts aimed at the German chancellor.

Even if Sarkozy pulls off a surprise victory this Sunday, things could get uncomfortable for Merkel. It already seems clear that Sarkozy would behave differently in his dealings with Berlin in the future if he secures a second term. The election campaign has made a different president out of Sarkozy, one who is more nationalistic, more radical and less predictable.

For example, Sarkozy originally asked Merkel for help in his campaign, and the German chancellor agreed to the unusual step of making joint appearances with her French counterpart. But then Sarkozy decided he no longer wanted her help when it became clear that his close ties with the German leader weren't helping his poll ratings -- much to Merkel's annoyance.

Of course the ties between Germany and France are strong enough to withstand a little temporary political tension. But it would cause political problems for Merkel domestically to have Paris standing in her way on important issues. If Hollande wins, it will change the tone of the EU summits that have so far tended to furnish pleasing photo ops and positive headlines for the German chancellor. It may also introduce a new dynamic in Berlin, where Merkel might find herself having to wrangle with the political opposition after all. At least, it seems possible that the SPD, a party currently in the grips of some sort of lethargy, would draw new energy from a victory for its center-left political allies in Paris.

Still, the chancellor's camp is showing a cautious optimism. Merkel's supporters admit that a Socialist victory in France could certainly make things more difficult for them. They also expect that Hollande will remain in feisty campaign mode even beyond this Sunday, since elections to France's National Assembly come just a few weeks later. In private, though, the CDU is hoping Hollande will be forced to adjust to reality quickly. Once he's at the negotiating table and having to make decisions, they say, Hollande will revise his view of the situation. And he'll soon feel the pressure of the markets, they add.

Things may indeed turn out that way. But France is not the only problem that may confront Merkel on the European level. Greece, too, may cause trouble. Between the current worrying situation in Spain and the small upgrade that credit rating agencies have given Greece, politicians seem to be forgetting that a political time bomb is still ticking away in Athens. Give the current tense mood in the country, with both the far right and far left having fuelled anti-EU sentiment in recent months, it's difficult to predict how Sunday's parliamentary elections will turn out.

From Merkel's perspective, one result would be particularly dangerous: If Greece elects a majority of euroskeptic parliamentarians who oppose austerity measures, the country's painstakingly negotiated bailout packages would once again be up for discussion. If Greece did choose in the end to reverse its austerity measures, and perhaps even to leave the euro zone, the EU's entire crisis-management approach would be back at square one.

Not even a grand coalition between the center-left Panhellenic Socialist Movement (PASOK) and the conservative New Democracy would really allow Merkel to breathe a sigh of relief. Such an alliance is the most likely outcome, and also, relatively speaking, the most stabile option, given the current situation, but it would bring New Democracy's leader Antonis Samaras to the table in Brussels, possibly even as Greece's prime minister. Although Samaras, during the current election campaign, has pledged his commitment to the austerity measures that Athens agreed upon with the EU in return for financial aid, it worries other EU conservatives that he has taken precisely the opposite position at times in the past.

That erratic behavior poses a danger for Greece and the EU -- and for the German chancellor as well. 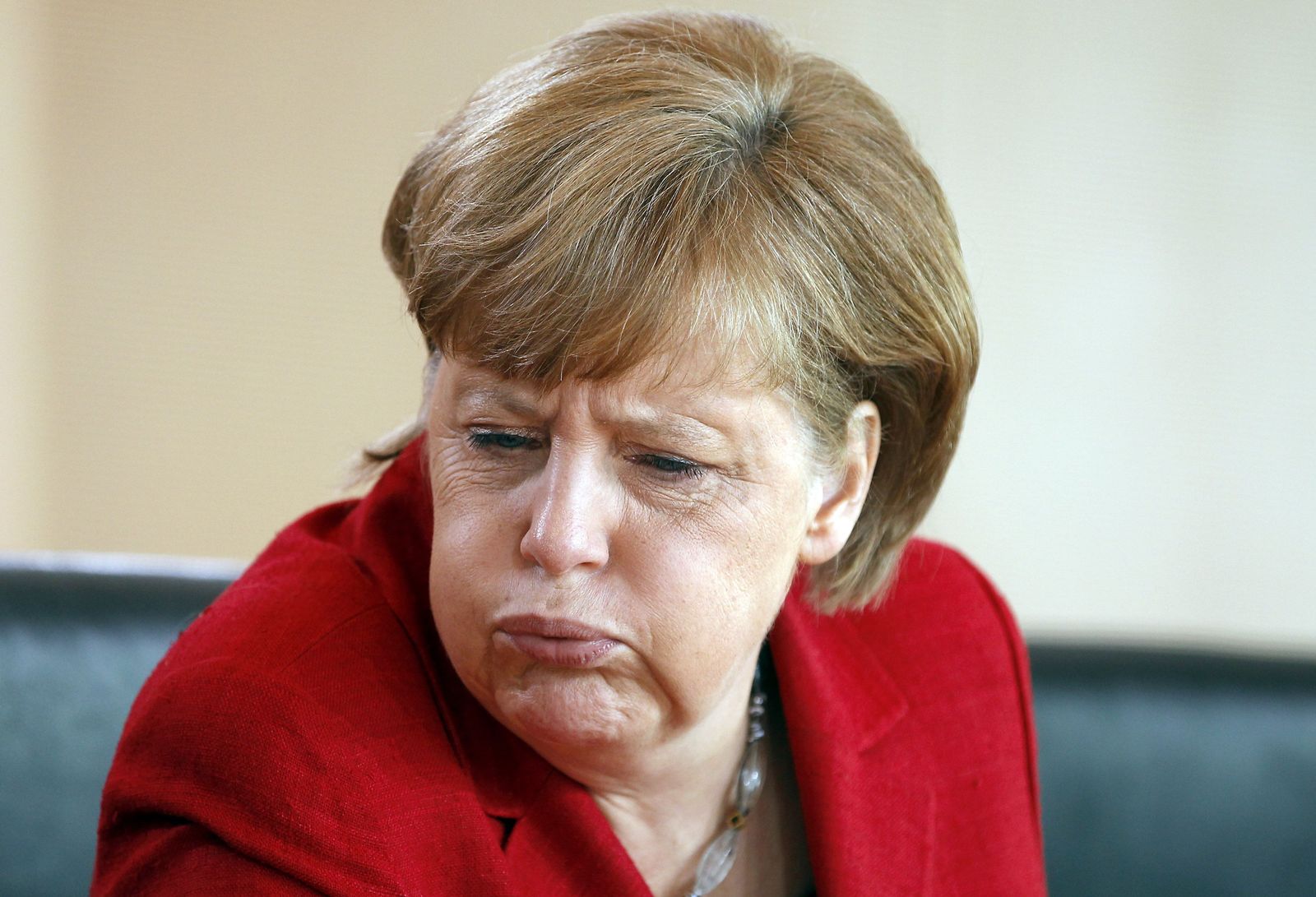 Sunday could be a tough day for Angela Merkel.